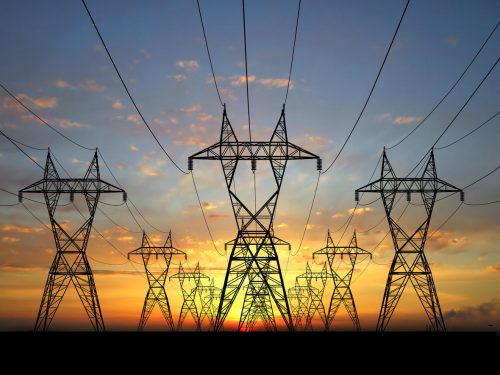 PG&E has been making improvements to its grid to meet the state’s mandate to provide 50 percent of electricity from renewable sources by 2030. This is one driver of recent rate increases.

Steve Malnight, Senior Vice President of Strategy and Policy at PG&E, discussed how the move to 100 percent renewable energy will impact the electricity grid in terms of reliability and costs to consumers.

Malnight was part of a panel called ‘100% Clean Grid: Is It Possible?’ at an Advanced Energy Economy conference in Sacramento on June 21.

Malnight opened by saying he didn’t know if a 100 percent renewable-ready grid is possible, describing it as a move into “uncharted territory.”

“The grid of the future will look a lot different from today’s grid and will require new technology, particularly storage,” Malnight said. Distributed generation, electric vehicles and other storage systems will play an essential role.

Malnight spoke in favor of an integrated western regional power market, so that utilities and other power buyers in California can purchase power from generators in other western states to help

balance electricity demand and supply. This will help with both reliability and prices. He said the state would be missing an opportunity if it chooses to pursue the 100 percent renewable goal as an “island economy.”

Malnight noted that utilities today are basically grid providers that resell electricity from third-party generators at zero profit. He explained that while grid charges are currently wrapped into the kWh rate, future pricing needs to separate out grid charges from electricity charges.

“Grid reliability is a service that must be priced accurately,” he said. He emphasized that pricing must support grid investments, but did not say much PG&E may have to spend to upgrade its grid or how rates would be impacted.

This is probably because the calculation is next to impossible at present. Experts say a lot will depend on the costs of storage technology and the relative costs of renewable versus natural gas. One state study estimated the cost to meet the current 50 percent mandate would be in the billions of dollars. It’s hard to believe this would not increase electricity rates.

The Valley Clean Energy Alliance (VCEA), our area’s new community choice aggregator will benefit from a grid that can handle more renewables but will also have to compensate PG&E for grid improvements.

Yolo County and the City of Davis are the current members of VCEA with the City of Woodland joining in the near future.

When VCEA roles out in 2018, PG&E customers will be automatically enrolled in VCEA but will have the choice to opt out and return to PG&E.

PG&E remains the owner and operator of the grid and will charge for its use. Grid usage charges will be the same, whether a customer is with VCEA or PG&E. So, these costs will not cause any price difference between VCEA and PG&E rates.

But, there is another charge, called the ‘Power Charge Indifference Adjustment’ (PCIA), that will cause price differences between PG&E and VCEA. This is because only VCEA customers will pay the PCIA.  The PCIA is not related to grid costs, but rather to PG&E legacy power procurement costs.  We will cover the PCIA in a future article.

Bottom line – grid improvements will increase rates, but it’s too early to know by how much. We also can expect to see separate electricity and grid usage charges on our bills in the future, which should make rates more transparent. But this will take time, because PG&E must get its rates approved periodically by the state Public Utilities Commission, and the current rates combine electricity charges with grid charges.

2 thoughts on “Will Getting the Grid Ready for 100 Percent Renewables Spike Electricity Bills?”