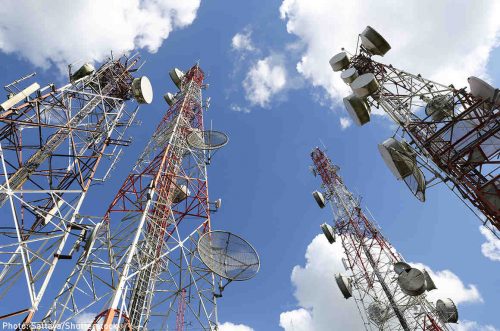 The Supreme Court announced today that it will hear a landmark case that will determine how the Fourth Amendment to the Constitution protects cell phone data that tracks the detailed whereabouts of phone users over time.

In 2011, without getting a probable cause warrant, the government obtained from cell service companies several months’ worth of phone location records for suspects in a robbery investigation in the Detroit area. For one suspect, Timothy Carpenter, the records covered 127 days and revealed 12,898 separate points of location data, indicating information about where he prayed, slept, and more.

After Carpenter was convicted at trial, based in part on the cell phone location evidence, he appealed to the Sixth Circuit Court of Appeals, which ruled that no warrant is required under the Fourth Amendment. The ACLU — along with the ACLU of Michigan and Carpenter’s defense attorney Harold Gurewitz of Gurewitz & Raben, PLC — petitioned the Supreme Court for review, leading to today’s decision to hear Carpenter v. United States.

Police seek cell phone location records from phone companies tens of thousands of times each year to assist with investigations. In most states, the law does not require a warrant for this information, despite the minute detail about people’s private lives that it reveals.

The Fourth Amendment was designed precisely to protect the kinds of intimate details that police seized without a warrant in Carpenter. For example, an analysis of Carpenter’s whereabouts suggests that he slept away from home on December 22, 2010, in what appears to be an aberration. The location data also shows that in the early afternoon on a number of Sundays, Carpenter made or received calls from the cell tower sectors nearest to his church. His cell phone records do not routinely show him in that area on other days of the week, implying that he was worshipping at those times. Together, the data reveals a granular accounting of Carpenter’s locations and movements over the four-month period.

Incidentally, the Supreme Court’s decision comes on the four-year anniversary of the first of Edward Snowden’s disclosures, which revealed that the National Security Agency had been collecting sensitive records about virtually every phone call made in the United States. After an appeals court found that the NSA’s bulk collection violated the law, and in response to the outcry over that revelation, Congress passed the USA Freedom Act to restrict the government’s surveillance authority. Depending on how it decides the Carpenter case, the Supreme Court could settle the broader question of how the Fourth Amendment protects all sorts of sensitive and voluminous digital records that about communications and activities.

New technologies, and their ballooning capacities to collect data about the people who use them, bring enormous conveniences to both regular users and law enforcement agencies that leverage them to solve crimes. But the fact that our whereabouts, habits, and associations often leave a digital trail doesn’t nullify the Constitution’s guarantee of freedom from unreasonable government searches.

The Supreme Court will now have a historic opportunity to help ensure that the data we leave behind when using essential digital devices are protected consistent with our founding principles.

Share:
Tags:ACLUCell Phone DataPrivacySupreme Court
Previous : Commentary: Don’t Fix the Road because It Might Lead to Development
Next : Active Adults Are Backbone of Local Nonprofits