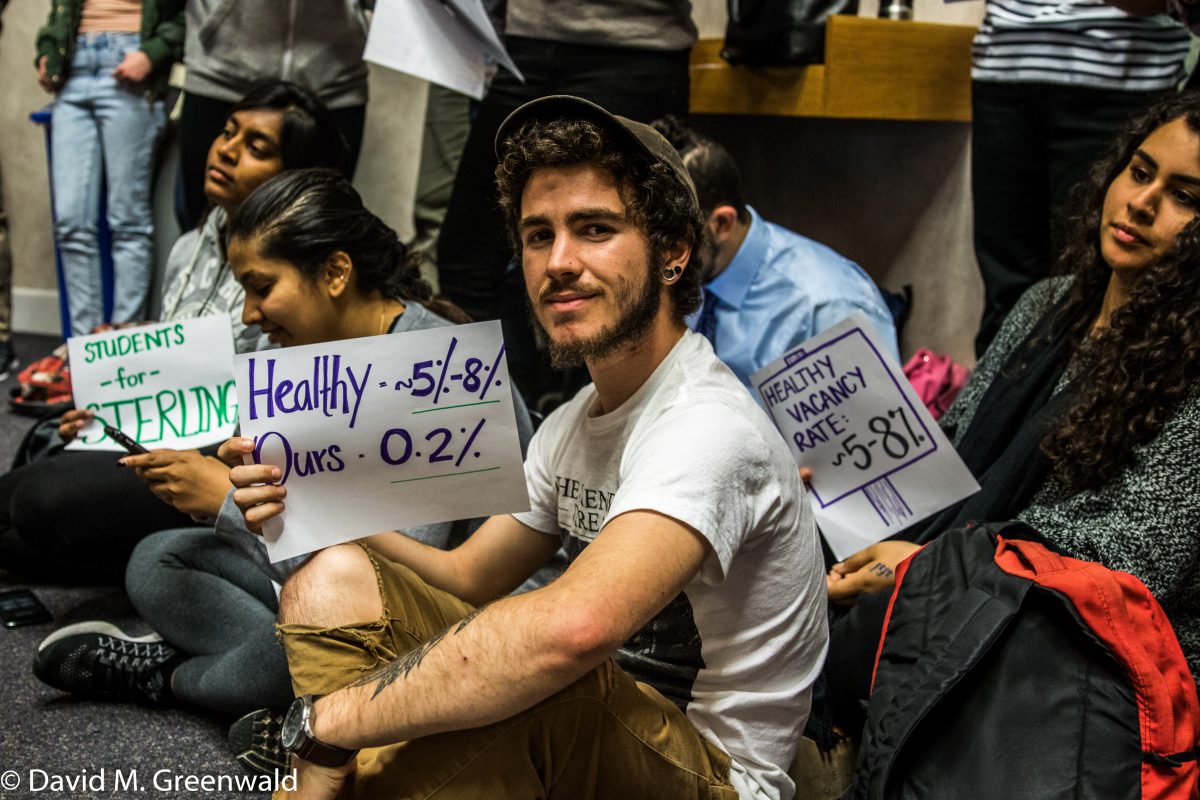 The numbers quite simply do not add up.  And the result is going to be a moral crisis, the likes of which we do not fully comprehend.

UC Davis is continuing to drag its feet in terms of increasing student housing provisions in its LRDP (Long Range Development Plan).  Once again last weekend, an official from UC Davis talked about going to providing about 90 percent of new student enrollment with housing on campus – but failed to commit to hard numbers.

Bob Segar talked about the fact that the RFPs (Request for Proposals) will be “written with minimum targets” and that they are looking for “innovative ways that we can house more students.”

But once again UC Davis flat out would not state that they would get to a certain level, and failed to explain why they wouldn’t.

The problem that we face now is a numbers game – of which we are on the wrong side.

By our calculations if the university only supplies 90 percent of new students with on-campus housing, they are actually making the problem that we face in Davis and in the region that much worse.

Current conditions are bad.  A vacancy rate of 0.2 percent is an unsustainable situation that leads to substandard housing and exploitative rent and housing conditions.

In April the city of Davis heard the desperate cries of students, as one student put it: “I struggle from April to August to find a place to live in Davis and I had to prepare myself to be homeless if I could not find a place.”

The university said they have heard these cries – they understand the magnitude of the crisis.  But when push comes to shove, when it is time to put words into action, the UC Davis plan falls well short of a workable solution.

Instead we get rhetoric.

As Bob Segar explained, “The way we got that number (90 percent) — and I don’t know if it even matters — was historically, 90 percent of students have lived either on campus or in town. So when  we said we’ll take 90 percent, the intention of that statement was we’ll take all the growth.”

The university’s reasoning here is inherently flawed.  As we asked this weekend, are those fake numbers?  Is the reason that 10 percent of the students lived out of town traditionally a preference issue or a cost or structural one?  In other words, the university is acting as though only 90 percent of the new student enrollment will live on campus or in town, and that 10 percent will choose to live outside of Davis in Sacramento or elsewhere.

That makes the critical assumption that the decision is a choice or preference rather than a function of structural issues – such as high housing costs on campus and in Davis, or lack of available housing closer to campus.

Eileen Samitz, who has pushed the university hard on this issue for nearly two years now, wrote yesterday, “A significant issue that needs to be addressed also, is that UCD’s negligence to provide the needed on-campus student housing is a major problem since UCD keeps trying to push its housing needs onto the City. So the City needs to not be pressured in the upcoming General Plan update to compensate for UCD’s inaction and lack of cooperation to provide the needed backlog of on-campus housing they need to build as well as providing the 50/100 plan at minimum for their ambitious growth plans. UCD needs to step-up to fix the student housing problems it has created.”

However, this isn’t all on UC Davis.  The choice that UC Davis had, like the rest of the system, was growth or tuition increase.  Finances are a big problem and UC Davis has chosen to solve that through enrollment growth rather than increasing the costs for schooling, which is preferable in my view.

The problem is that UC Davis failed to plan adequately for housing that growth.

However, the city of Davis cannot accommodate the 3000 to 4000 additional beds.  It lacks the housing space.  And it lacks the realistic ability to grow outside of its borders.

As I put it yesterday, UC Davis cannot pressure the city into accommodating those students because the city lacks the ability to do so.

That’s not a good thing, by the way.  It means that, while I believe UC Davis will go beyond 90 percent of new enrollment, they will fall well short of the 50 percent total on-campus goal.

There is a reason why other communities are trying to put the pressure on UC Davis to provide more on-campus housing – because they know it will impact the entire region.

The people who are going to get caught in this buzz saw will not be the older residents of Davis, but rather the more vulnerable student populations.

Back in April, during the Sterling discussion, Georgia Savage warned, “from a student perspective, not passing this project is risking homelessness for students, which I would argue is a significantly more present issue.”

As ASUCD Senator Daniel Nagey put it, part of making education affordable is making housing affordable because, “without affordable housing, students will spend all of their hours working and not studying to afford their house.  Then the whole point of attending college is moot.”

Samantha Chiang, ASUCD Senate President Pro Tem, said that many students are “forced to start their housing search in November of their first year, only to not find a house and be forced to couch surf in the following year.  We cannot be pawns in the game between the city and the university – we are consistently advocating on both ends to increase housing.”

To get a sense of the danger lurking around the corner, look no further than a report in the L.A. Times on June 29 which showed that 20 percent of the L.A. Community College District’s 230,000 students are homeless and nearly two-thirds cannot afford to eat properly.

Writes the Times, “Nearly half the L.A. community college students surveyed reported struggling with high housing costs. Of the 19% who said they were recently homeless, 8% reported being thrown out of their homes, 4% said they had been evicted, and 6% had stayed in an abandoned building, car or other location not meant for housing.”

Student homelessness may not mean that students literally end up on the street – instead many will “couch surf” or live in their car.

We are headed in this direction in Davis.

This is a moral issue.  This is a desperate situation.  The students speaking out in April warned us of the impending crisis, but I see no sign that UC Davis has taken it on with any kind of real commitment.

Only UC Davis is equipped to fix this problem.  But instead, we continue to get equivocating by the administration.  While they try to get above 90 percent, students are struggling to find shelter and food.  Is that really the legacy we want for higher education?

114 thoughts on “Commentary: The Moral Imperative of Student Housing”