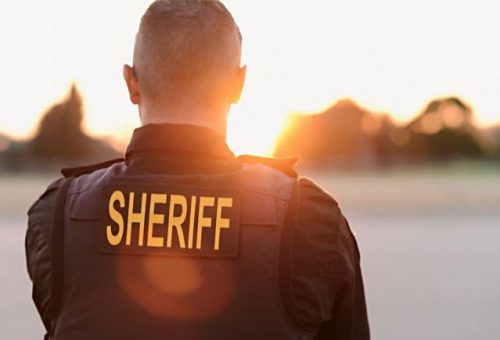 This figures to have a profound impact on the ability for the defense to get potentially exculpatory information from law enforcement agencies.

In a letter dated July 18, the Yolo County DA’s office informed the Yolo County Public Defender and head of the Conflict Counsel that “the Yolo County District Attorney’s office will only be discovering the names of the law enforcement officers with potential Brady information provided to us by Law Enforcement Agencies prior to the date of the opinion.”

Moreover, the deputy county counsel informed the DA’s office that the sheriff’s department, probation department and other LE agencies “will no longer provide us with the names of law enforcement witnesses who have potential Brady information based on the ALADS case.”

The letter continued, “Going forward, any potential Brady information we provide regarding an officer (based on an agency providing the name of that officer prior to July 11, 2017) should not be construed as being the only Brady information that exists for that particular officer or any other officer.”

Under Brady v. Maryland (1963), the US Supreme Court “held that constitutional due process creates an affirmative obligation on the part of the prosecution, whether or not requested by the defense, to disclose all evidence within its possession that is exculpatory to a criminal defendant.”

This includes “evidence in the possession of other members of the prosecution team, including law enforcement.”

In the case at hand, the sheriff’s department had created a Brady list of deputies whose personnel files contained sustained allegations of misconduct “allegedly involving moral turpitude or other bad acts relevant to impeachment.”

The sheriff’s department “proposed to disclose that list to the district attorney, as well as to other prosecutorial agencies that handle LASD investigations, so that prosecutors in individual

ALADS opposed the disclosure of this list and filed a lawsuit seeking an injunction prohibiting disclosure of the list to anyone outside of the sheriff’s department including prosecutors, “absent complete compliance with the Pitchess statutes…”

The trial court agreed with them in part, but found that “because of its ‘Brady obligation,’ the LASD ‘may’ violate the Pitchess statutes’ ‘disclosure prohibition.’”  The appellate court would go further, stating, “There is simply no lawful way judicially to approve a violation of state law unless compelled to do so by a higher authority: in this case, the United States Constitution as construed in Brady.”

They rule, “Our review of the relevant cases convinces us that the current state of the law supports ALADS.”

In March the ACLU had filed an amicus brief in this case challenging ALADS’ efforts to keep potentially exculpatory information from criminal defense attorneys.

Peter Eliasberg, chief counsel/Manheim Family attorney for First Amendment Rights at the ACLU SoCal, said: “Criminal trials are not games where the prosecution and law enforcement are permitted to withhold information that helps the defense. It is essential to the right to a fair trial that the prosecutor inform the defense if there is potentially exculpatory or impeachment evidence in an officer’s personnel file, including conclusions by the department that an officer has filed a false report or lied on the witness stand.”

“The public at large deserves a criminal justice system that lets prosecutors identify problem deputies who have engaged in untrustworthy behavior, like falsifying police reports or fabricating evidence,” added Benjamin Gluck, principal at Bird Marella, Boxer, Wolpert, Nessim, Drooks, Lincenberg & Rhow, P.C. “People can be sent to prison on the strength of a deputy’s testimony, and prosecutors, the courts and defendants should be informed when there is evidence of such conduct by deputies in their cases.”