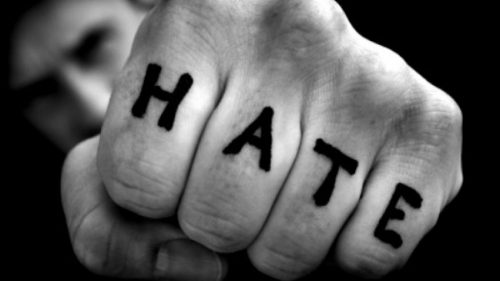 “When someone commits a crime motivated by hate, it is not just an attack on one innocent person, but an attack on the entire State and our communities,” said Attorney General Becerra. “We can see from today’s report that words matter, and discriminatory rhetoric does not make us stronger but divides us and puts the safety of our communities at risk. This is why condemning hate crimes, discrimination, and racism is critical to ensuring all Californians live without fear of being targeted because of their race, ethnicity, religion, disability, gender or sexual orientation. As California’s Attorney General, I am committed to working with local law enforcement agencies, schools and local communities to enforce California’s anti-hate crime statutes to the fullest extent of the law. I strongly encourage anyone who believes they are a victim of a hate crime to report it to local law enforcement immediately.”

demonstrate an increase in the number of hate crimes nationwide, including crimes motivated by biases towards racial and ethnic minorities, Muslims, persons with disabilities, women, immigrants, and the LGBT community. Last week it was reported that from 2011-2015, more than half of violent hate crime victimizations were not reported to police.

Hate Crime in California 2016 reports statistics on hate crimes that occurred in California during 2016, including the following key findings:

Attorney General Becerra encourages researchers, academics and interested parties to further analyze the data. The information from the Hate Crime in California report can be accessed via the Attorney General’s OpenJustice website.

Since its launch in September 2015, OpenJustice, a first-of-its-kind criminal justice open data initiative that releases unprecedented data, established California as a leader among US states in criminal justice transparency.  Additionally, the OpenJustice Data Act of 2016 (Assembly Bill 2524), effective January 1, 2017, codified the OpenJustice Web portal as the means for displaying all data contained in annual crime reports, thereby making OpenJustice a key government resource for Californians.  By driving research, reporting, and conversation, OpenJustice can help Californians better understand how the criminal justice system shapes various aspects of their lives, from safety, housing, education, health, and family, to economic opportunity.

A copy of the report can be found online: https://openjustice.doj.ca.gov/resources/publications

Share:
Previous : Monday Morning Thoughts: Demanding Accountability Is Not Hating
Next : Commentary: Was It a Conflict of Interest?