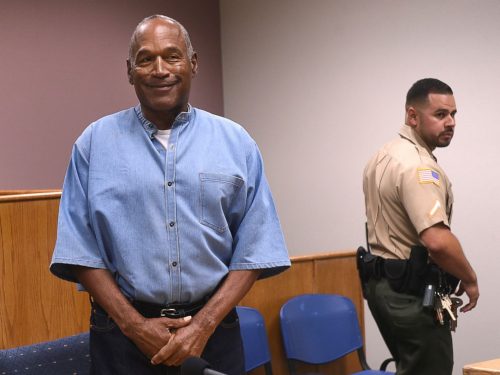 If you had asked me back in 1995 if I would be writing about OJ Simpson in 2017, I would have laughed at you.  While I found the whole car chase interesting, I found the entire media circus in 1994 and 1995 to be distasteful at best, and I avoided it.

Much to my surprise I found myself watching the eight-part series last year about the OJ Simpson trial and realized that I had really missed the boat on a fairly fascinating criminal trial.

My view of OJ Simpson’s trial is that the jury had justification for acquittal.  Do I believe that OJ Simpson was factually innocent?  No.  With our modern understanding of DNA, it would be hard to imagine a conspiracy that would have allowed the police – corrupt as they were – to actually successfully frame him for the murder.

However, when you take into account the Mark Fuhrman tapes, the African American presence on the jury, the distrust of police in that community – especially coming out of the Rodney King incident – the DA made too many mistakes in the case to win it.  Why they believed that black females would be sympathetic to their case is a bit mindboggling, why they allowed the case to move to the more heavily African American Downtown Courthouse is mindboggling.

At the end of the day, a jury with reasons to be suspicious of the police and with experience with police harassment and misconduct was able to find reasonable doubt – and I believe I may well have as well, had I been on the jury.

I raise this all now, because I believe 95 percent of the backlash for the recent decision to grant parole to OJ Simpson has nothing to do with the robbery case – for which he was convicted in a court of law – and everything to do with the murder case where he was acquitted.

In 2008, OJ Simpson was convicted of kidnapping and robbery and sentenced to a 33-year prison sentence.  His conduct in 2007 was stupid and dangerous and worthy of conviction.

But the facts are that he was acquitted in the murders of Nicole Brown and Ron Goldman after a fair and thorough trial.  His only criminal conviction is the 2007 conduct at a Las Vegas Hotel.

At this point, OJ Simpson is 70 years old.  He has family support (which a lot of parolees do not have) and a re-entry plan.   Statistically speaking, at his age he poses a fairly low risk to re-

offend and most likely has aged out of a criminal life.

Aside from the expressed need to continue to punish him for a crime for which he was acquitted, is there any merit in keeping him locked away in prison as he continues to age – and continues to be an increasing drain on the resources of the prison system at a time when he is less of a threat to society?

There are those who believe that we need to re-think our criminal justice system.  In 2015, in the New York Times, Dana Goldstein noted that in Norway, Anders Breivik received a 21-year prison sentence after killing 77 people in 2011.  That was the maximum sentence.

However, that didn’t mean Mr. Breivik would walk free, instead, judges will be able to re-sentence him to an unlimited number of five-year extensions if he is still deemed a risk in 2033 when he is 53.

Mark Mauer, director of the Sentencing Project, has advocated for a 20-year cap that gives judges or parole boards the opportunity to add more time if necessary.

As the article points out, “Research by American social scientists shows that all but the most exceptional criminals, even violent ones, mature out of lawbreaking before middle age, meaning that long sentences do little to prevent crime.”

“For most of the crimes the F.B.I. tracks, more than half of all offenders will be arrested by the time they are 30,” Dana Goldstein reports.

Criminal careers also do not last long, as research by “criminologist Alfred Blumstein of Carnegie Mellon and colleagues has found that for the eight serious crimes closely tracked by the F.B.I. — murder, rape, robbery, aggravated assault, burglary, larceny-theft, arson and car theft — five to 10 years is the typical duration that adults commit these crimes, as measured by arrests.

All of this ties into improving research on brain development that “suggests that the parts of the brain that govern risk and reward are not fully developed until age 25, after which lawbreaking drops off.”

Statistics say yes, but his record suggests he is already somewhat of an outlier.

OJ Simpson is getting one last shot to live out the rest of his life as a productive citizen and we will see if he can take advantage of this opportunity that many people would have denied him.

23 thoughts on “Sunday Commentary: OJ Will Soon Be Free, How Do You Feel about It?”