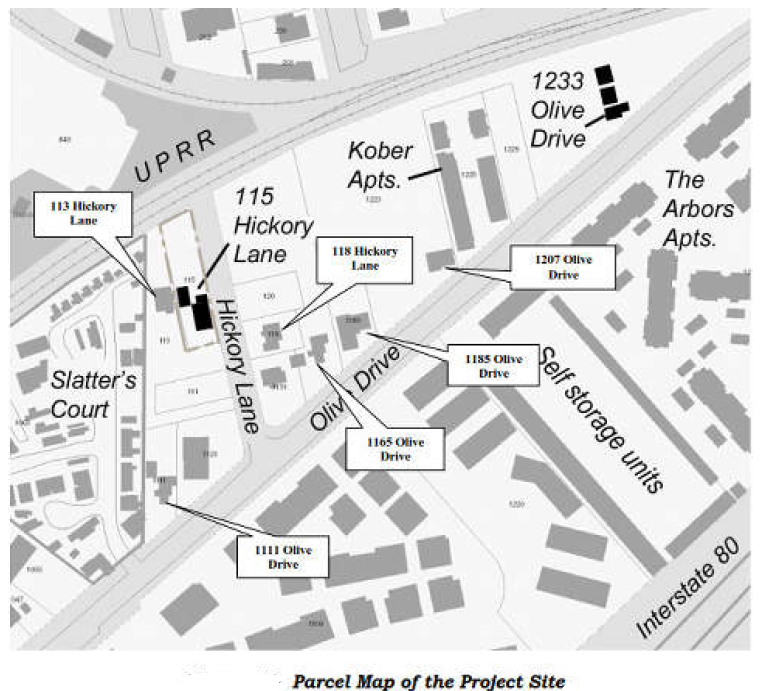 On Sunday, Eileen Samitz wrote that “your articles continue to ignore and side-step the serious problems and impacts by a mega-dorm project like Lincoln40 and try to simplify it to a numbers or ratio issue.”  In her comment, which we re-printed as an article on Monday, she raises a number of points that we will be addressing over the course of the coming days and weeks.

She wrote, “What about the toxic plume headed toward Lincoln40? Is it going to be investigated? Apparently, the developer wants to ignore this issue. What about the health and safety issues to the residents from the volatile toxics that need to be analyzed as to their impacts sooner or later? The City would be liable for any health issues later that emerged if this project is allowed to move forward without a complete analysis is this plume. The developers responsible for this and the City needs to not subsidize this Lincoln40 problem either. Why is there no Vanguard discussion about this?”

The issue of the plume was information originally offered to the Natural Resources Commission by Richard Casias.  Mr. Casias is an environmental management consultant and hydrogeologist.

He wrote a memo dated July 31, 2017, indicating that the “comments and recommendations provided below are those of my own, and based on my professional practice and experience with and knowledge of subsurface environmental conditions in close proximity to the Subject Property.”

Mr. Casias writes, “It is RCC’s opinion that since important

contents of the referenced Phase I ESA [Environmental Site Assessment] are neither ‘true nor accurate,’ the DEIR Hazards and Hazardous Materials Section 4.5 cannot be considered completely reliable for permitting and planning purposes.”

Mr. Casias describes a potential problem that was discovered in the summer of 2016 while he was working with an unrelated client who owns properties in Old East Davis along J and K Streets.  One of these properties was 203 J Street, the JF Wilson Site.

“In 2016 Water Board staff advised RCC [RCC Group, LLC, Environmental & Ecological Services, of which Mr. Casias is the Managing Member] that the JF Wilson Site is considered an active site and staff is requiring the current Responsible Party (Estate/Property Owner) to restart the remedial assessment of the lateral and vertical extent of TCE in soil vapor and shallow groundwater, which reportedly is found to occur on a seasonal basis between 45 and 65 feet below grade surface (BGS). The Responsible Party for the JF Wilson Site has not complied with any Water Board orders since 2007,” Mr. Casias writes.

He continues, “In 2016 RCC determined and Water Board staff confirmed the JF Wilson Site plume of contamination in shallow groundwater and subsequently contaminated soil vapor (soil gas in the unsaturated zone soil matrix) is likely migrating in a south-southeastern direction. In other words, the plumes are migrating beneath the UPRR right-of-way in the direction of the Lincoln40 Project Site. The distance from the JF Wilson Site to the Lincoln40 Project Site is approximately 250-feet laterally.”

But this is speculation.  He argues, “Unless remedial investigation and soil vapor assessment work is conducted down gradient of JF Wilson Site and also on the Lincoln40 Project Site itself, the magnitude of the plume of VOCs [volatile organic compounds], including the lateral and vertical extent cannot be determined. The referenced VOC compounds are highly mobile and recalcitrant in the subsurface, in that they do not readily degrade in the subsurface and require considerable time to remediate (months to years).

“In summer 2016, RCC was unaware of planning and permitting process for the Lincoln40 Project, and would have no reason to share my insights of this publicly available information with anyone in 2016,” he concludes.

He then makes four recommendations:

First, “The principal failure of the DEIR Section 4.5 Hazards and Hazardous Materials section is due to its reliance on a deficient Phase I ESA Report. It is recommended that a more qualified Environmental Professional participate in the revision and reissuance of a new Phase I ESA Report.”

Second, “The potential for human exposure from hazardous substances including VOCs, lead and arsenic-impacted particulate matter from known and documented sources identified in the Phase I ESA Report has not been properly identified in the DEIR.”

Third, “No Phase II recommendations to conduct appropriate surface and subsurface investigations were proposed in the Phase I ESA Report to address the potential exposure issues from VOCs, lead and arsenic-impacted particulate matter.”

Fourth, he suggests “before offering speculative and somewhat dismissive opinions regarding the potential human health hazards raised by stakeholders, it’s important to reflect on the (excerpts from the California Health and Safety Code).”

The project manager, Paul Gradeff, told the Vanguard that a follow up report was prepared by the developer’s Environmental Consultant who did Phase I.  They concluded, “It would be very unlikely that we would have any vapor intrusion on our property and our consultant did not list this a cause for concern to be followed up on.”

The consultants concluded, “No evidence of impact to shallow soil or groundwater was identified during the course of the investigation that would result in Vapor Intrusion.”

Their report notes, “The closest monitoring well, MW2 , is located in a southeasterly groundwater flow direction of MW1, which exhibited the highest concentration of groundwater impact identified near the reported source. MW2 is closest to the subject property and analytical results of soil samples obtained during the drilling of MW2 reported no detection for the presence of TCE.”

There were groundwater samples obtained from 203 J Street which showed a reading of “96 ug/L of TCE in groundwater at the depth of about 39 feet below the surface” and that number is “well below the TCE Trigger Levels for Indoor Air Sampling of 570 ug/L.”

In addition, indoor air sampling of 203 J St., performed by NES Environmental Services in 2003, “resulted in no detection for the presence of Trichloroethylene (TCE), Perchloroethylene (PCE) and 1,1 TCA (COC).

They conclude, “Based on the above, the significant distance from sample point evaluated to the planned structures (concentrations generally diminish away from the source) and the about 13 years of natural attenuation, we recommend no further action.”

Mr. Gradeff indicated that they are considering the appropriate next steps at this point.

Gaining an accurate assessment in such a technical matter is difficult.  On the one hand, one faces the temptation of dismissing the findings by the Lincoln40 consultants as self-serving.  But on the other hand, Richard Casias and his firm are in a position to profit from potential clean-up efforts here as well.

Given that (A) Mr. Casias clearly does not know the concentration levels at this particular site and (B) his recommendations are investigative, it may well be that this is simply speculative.

The city is probably in the best position to accurately assess any threat that this poses and recommend remedies.

96 thoughts on “Analysis: Assessing the Impacts of Lincoln40 – Part 2, Is There a Toxic Plume?”