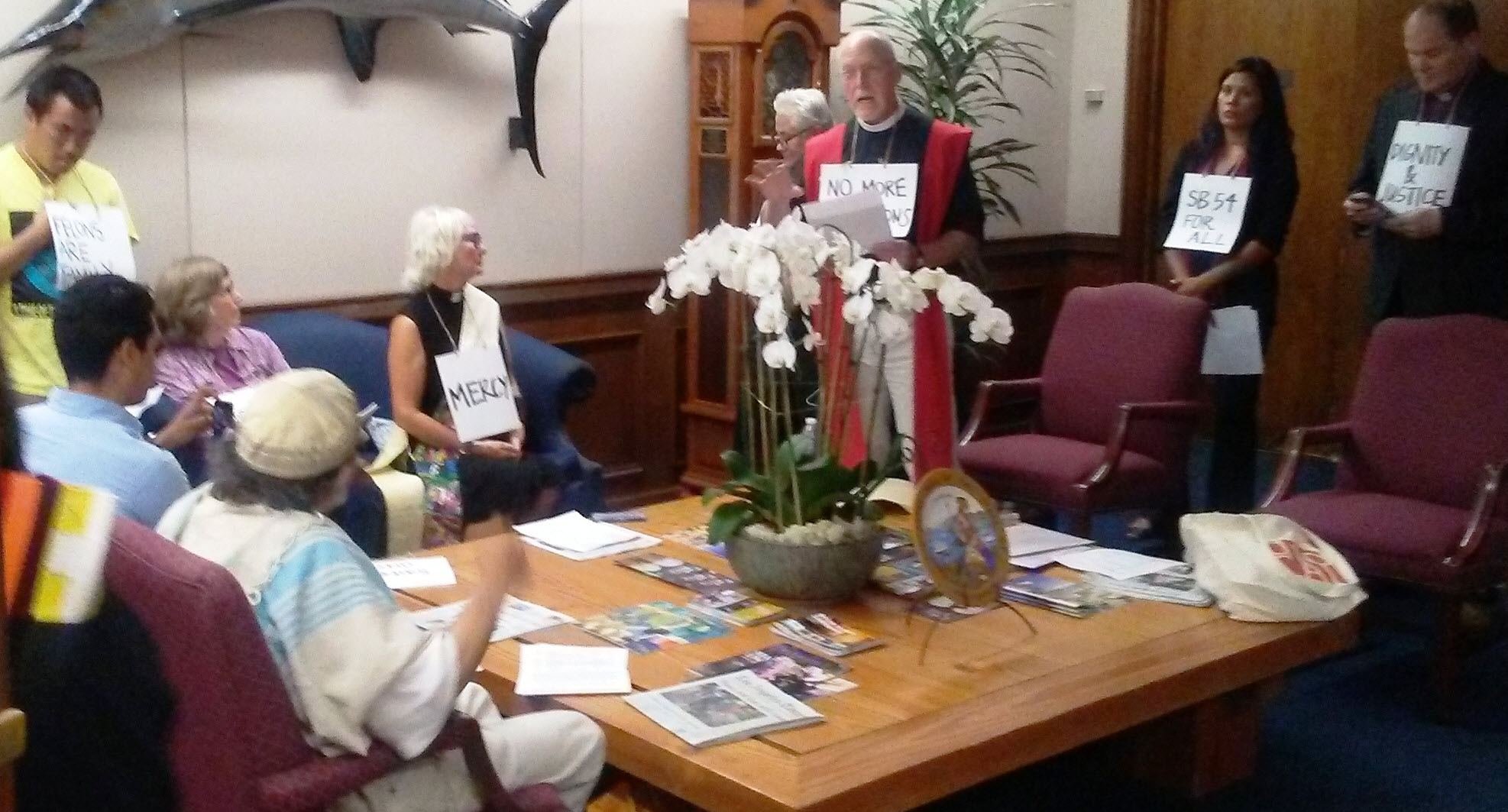 Special to the Davis Vanguard

Although California Highway Patrol officers hovered around the group – consisting largely of clergy from all faiths – no arrests were made.

SB54, if passed – and it’s expected to be approved by both houses soon – would build a wall of sorts between ICE (U.S. Immigration and Customs Enforcement) and local law enforcement, restricting

cooperation. ICE can still target immigrants but local officials would be restricted.

For instance, the measure would prevent local law enforcement from asking people their immigration status or detaining them for ICE. Money and other resources from local or state government can’t be used to investigate people for immigration purposes.

Local enforcement cannot provide information to ICE, and cannot hold them for ICE at local jails. At the Sacramento County jail, Sheriff Scott Jones – who claims he’s not cooperating with ICE – does allow federal agents into the facility to “survey” those being booked and in custody, resulting in immigrants holds.

Among those protesting and speaking at the Tuesday occupation was Rev. Leslie Takahashi, who noted: “We are called to raise our voices today because the federal government is cruelly persecuting our immigrant brothers and sisters. The President’s pardon of Sheriff Arpaio has made it painfully clear that institutional racism is official policy.

“We pray that Governor Brown will turn away from California’s own aspiring Arpaios and instead recognize that all people are children of God. Contact with a deeply unjust criminal justice system should not stamp out our neighbors’ humanity. As Jesus teaches us in the Christian tradition: ‘When I was in prison, you visited me.’

Share:
Tags:ICEImmigrationJerry BrownSanctuary StateSB 54
Previous : California Bill Could Help Communities Stop Secret and Discriminatory Police Surveillance
Next : Commentary: Not the Outcome They Desired, but the Certainty They Needed