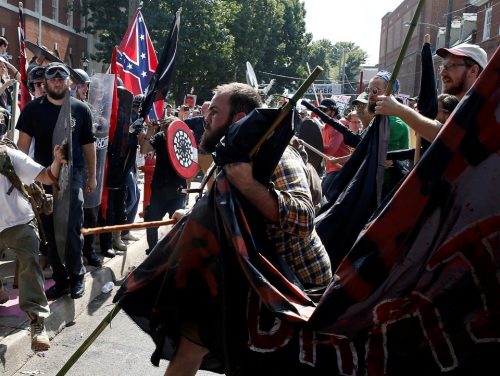 After last night’s rally, Mayor Robb Davis asked me, how many more?  It has been a trying first year as mayor of Davis and I don’t envy his position.  But I also know when times are tough, I look to Robb Davis to know that I am doing the right thing.

After the Imam’s sermon became public and it became clear the breadth of his comments, we had a choice – we could get angry and allow these angry words to divide our community or we could try to work together to foster a better path forward.

I stand with Mayor Robb Davis, Rabbi Greg Wolfe, Pastor Bill Habicht, Rabbi Seth Castleman and many others in this community, believing that we are stronger together than we are fighting among each other.  For those reasons I have chosen to accept the words of Imam Shahin at face value and follow the lead of both Mayor Davis, who acknowledged that the apology was not enough, and Rabbi Castleman, who stated that an apology is only as good as the deeds that follow.

Yesterday, Gail Rubin, whom I have never met, wrote a critical piece in the Vanguard which I was more than happy to publish.

One thing that is striking to me is that she calls it “selective outrage,” but then makes the same mistake that Donald Trump did.  She writes in her near lead: “Either all racism is bad, or all racism is acceptable. Call out with equal measure Antifa and the Alt-right along with Black Lives Matter and White Supremacists.”

This is the same moral equivalency mistake that Trump made.  He caught fire for initially refusing to call out white supremacists by name.  The White House had to put out a second statement that

added in a reference to both sides.  He then issued a third statement that was stronger, but on Tuesday he reverted back to form, “I think there’s blame on both sides.”

A bipartisan chorus has criticized him for this comment and he compounded it by saying that white nationalists include “some very fine people.”

I support the work of Black Lives Matter even if I don’t always agree on tactics with them.  They are not a hate organization.  They are not equivalent to the neo-Nazis or the KKK.

Neither, for that matter, is Antifa.

There is a good piece by Peter Beinart in the Atlantic on Antifa.  He writes, “Trump is right that, in Charlottesville and beyond, the violence of some leftist activists constitutes a real problem. Where he’s wrong is in suggesting that it’s a problem in any way comparable to white supremacism.”

Antifa is largely an anarchist movement (which is very different from mainstream liberalism, by the way), and they “generally combat white supremacism not by trying to change government policy but through direct action.”  Mr. Beinart says that “some of their tactics are genuinely troubling.”

He writes, “Antifa is not a figment of the conservative imagination. It’s a moral problem that liberals need to confront.”

He notes, “It’s no coincidence that it was a Nazi sympathizer—and not an antifa activist—who committed murder in Charlottesville.”

We’ll leave aside the issue of false equivalency that Ms. Rubin falls prey to.

I’ve been told that the protest was about defending the Jews, so I find it very interesting that there is such concern about the anti-Semitism on the part of the Imam, that Ms. Rubin falls silent on the anti-Semitism in Charlottesville.  The demonstrators were chanting lines like “Jews will not replace us!”

Marchers displayed swastikas on banners and shouted slogans like “blood and soil,” a phrase drawn from Nazi ideology. “This city is run by Jewish communists and criminal (n-word),” one demonstrator said according to an Atlantic article.

Victor Styrsky posted on Sunday that he showed up in Davis “simply to support our Jewish friends and the city of Davis from a dark shadow of hatred that is poisoning the university and now threatening the city.”

So why has Victor Styrsky grown silent about Charlottesville?  On his Twitter feed, his last tweet talks about this day in Jewish history, with no mention of the white supremacist rally denouncing Jews.  No mention of the comments by Trump that seem to give aid and comfort to anti-Semites and drew praise from David Duke.

His organization, CUFI (Christians United for Israel), still has a thank you to President Trump from May 22 thanking him “for being the first US president to visit Western Wall.”  They tweeted, “We stand with the Jewish people,” but they too are silent about the threat.

These people are supposed to be defenders of the Jews and yet they fall silent on the biggest issue facing this nation.  All Gail Rubin can do is point to the same moral equivalencies – false equivalencies – that have Trump’s presidency in trouble.  And Victor Styrsky and CUFI have fallen silent.

This isn’t about defending Jews.  This was about the Israeli-Palestinian conflict – nothing more and nothing less.  Were any of these folks at the Unity Rally last night?

I believe that the best way to deal with the troubling comments from the Imam is to work to strengthen the interfaith community, and I will once again take the lead of the religious and faith leaders who came forward a few weeks ago – rather than that of out-of-town agitators, who, I repeat, have a clear agenda and it is not to protect Jews from anti-Semitism.

Share:
Tags:Anti-SemitismAntifaCUFINeo NazisTrump
Previous : Sexism: A Two-Edged Sword
Next : Unity Rally Brings Out Hundreds in Davis to Speak Out against Hate and President’s Comments

72 thoughts on “Commentary: The Defenders of the Jews Fall Silent on Charlottesville”