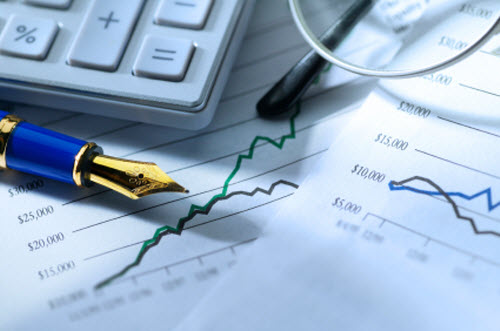 The problem of double dipping into the pension system is a huge problem that the legislature and reformers have fought hard to address.  Unfortunately, Davis Enterprise columnist Bob Dunning is defending the double dipping of the new UC Davis police chief which, is allowing him to take in an unconscionable $435,000 per year.

Why does Mr. Dunning defend such a practice?  “The answer is easy,” he says.  “(N)ew police chief Joe Farrow served at the California Highway Patrol for 37 years, the last nine as statewide commissioner overseeing 11,000 employees and a $2.5 billion annual budget … as such, he drew a salary of 245,000, which does not seem even remotely excessive considering the responsibilities involved.

“I mean, he’s not a newspaper columnist, but he does deserve to be compensated for his efforts,” the columnist quips.

He then proceeds to defend the system.

Mr. Dunning writes, “In recognition of those 37 years with the CHP, he is eligible to immediately retire at 90 percent of his final salary, or about $220,000 … again, completely reasonable given that this was the deal he was offered when he agreed to work for the CHP …”

He adds, “When added to the $215,000 UC Davis will pay him for his promise to never, ever let one of his officers use pepper spray, he’ll be pulling in a cool $435,000 a year … fair enough … Farrow has put in his time in service to all of us and will simply be collecting a well-deserved retirement that will not affect his duties at UC Davis in any way, shape or form … we’re lucky to have him …”

That last line remains to be seen, but Mr. Dunning is inexplicably defending a system that is not only wrong but killing the public pension system in general.

The irony is that the people who get hurt by this are actually the lower wage earners.  The average benefit is about $34,000 per year for state employees and about $19,000 for school district

The problem is that when people see employees making six figure retirement pensions, they turn against the system.

But there is a more fundamental problem that Bob Dunning is failing to recognize in his overt support for the largesse of the current system.  As the Press-Enterprise put it in a 2014 editorial, “Pensions should provide retirement income, not a way to pad the paychecks of people still on the job.”

We can argue that the new chief is entitled to his pension in recognition of those 37 years of work with the CHP.  We might question the amount he is receiving, the fact that he can earn 90 percent of his final salary – but the reality is that that is supposed to be retirement income, not a subsidy for his new employment path.

As the Press-Enterprise put it, “Such abuses are nothing more than a taxpayer-funded giveaway to government employees, driving up public costs for no good reason.”

The practice “of retiring from a job and starting pension payouts, then returning to work is known as double-dipping. Private-sector workers generally have to wait until they leave the work force to start collecting retirement benefits, but many government workers can game the system to pocket a paycheck and a pension simultaneously. Public-sector pension reforms that legislators enacted in 2012 put some limits on double-dipping, but hardly eradicated it.”

The San Jose Mercury News pointed out another problem with the system, although some of the details have now been changed as the result of new laws.  One of the problems is that, for many employees, they top out their benefits at 90 percent.  Once they hit that 90 percent level, they have an incentive to retire.

“The problem is, there’s an incentive to retire early,” one person quoted in the Mercury News article said. “Some public employees have built up so much in pension benefits that they can’t afford to work.”

Think about it, the city of Davis faces millions in unfunded liabilities to the point where the city council is considering raising taxes on Mr. Dunning (and everyone else who lives in Davis) because the cost of pensions is going up.

By allowing double dipping, people who are already making a salary are also pulling in a few extra years of pensions.  One person might only be a drop in the bucket, but think about it – the UCD chief, if he ends up working just four years, pulled in $1 million in pension benefits just by himself.  Multiply that across the state for all the double dippers and you’re talking real money at some point.

Normally that is something that Mr. Dunning would rail against, but here he strangely applauds it.

These kind of excesses are building to the point where the system itself is either going to implode on itself due to its own inefficiencies, or be scrapped by a public that is increasingly fed up with seeing people game the system.

But the people he ends up hurting are ultimately going to be those average, low-end workers – who are not gaming the system, but rather making an honest living.

Share:
Tags:Bob DunningCalPERSDouble DippingPensions
Previous : Commentary: Why Have We Turned a Blind Eye to Sexism?
Next : Phone Texts Submitted for Evidence in Ongoing Burglary Trial