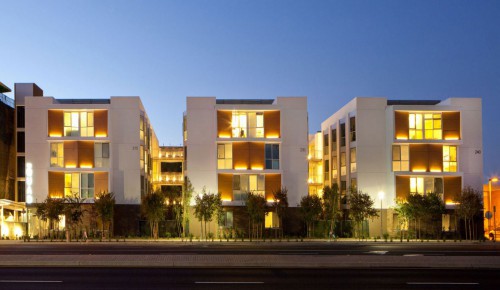 It caught our attention last week when a planning commissioner made the argument that student housing would be better off on campus.

Specifically, Marilee Hanson stated, “Once again it’s a single use type of project. We have lots of people that need housing in this town, and if you build traditional apartments then in the future, or even currently, anyone can find those apartments to be useful. Projects like this and like Sterling and some other ones that are being proposed are taking up all the land in town that is zoned for housing, and they’re being taking up with a design that will never be workable or attractive to working families, people with children, and small households…

“We don’t have a lot of land left in town for multi-family housing and I’m very concerned that every single site is apparently being used for dorms. I think dorms are a great thing, but the really best place for dorms is on campus. I do think we’re enabling the university by constantly approving these projects when I really don’t see the university doing much. They will continue to not do much, if we continue to let them get away with it.”

These are similar arguments that were made against Sterling earlier this year.

Marjorie Beech, a nearby resident of Rancho Yolo, argued this spring that Sterling is a “mega-dorm that belongs on UCD campus – not 150 feet away from my single-family home and the homes of the other 259 single-homes 150 feet away from this mega dorm.  This belongs on the UCD campus, not right across the street from our single homes – it’s not acceptable.”

Eileen Samitz has consistently argued that “whatever rental housing is built should be designed to available to all, not just designed for students with single room occupancy format.”

The question is why?

We grant the argument that student housing for the most part is better on campus.  As we noted yesterday, we continue to support the 100/50 option where the university is housing half its overall student population on campus.  Currently it houses just under one-third.  At the same time we pointed out that even if both Sterling and Lincoln40 come on line, the city is asking the university in effect to house 85 percent of the needed 10,000 additional beds.

What is particularly interesting to me is that the model that Sterling first, and now Lincoln40, are proposing is drawing fire.  Now perhaps it is simply people looking for an excuse to oppose student housing, and that cannot be dismissed.

Sterling Apartments is planning to build a series of two- to five-bedroom apartments that are bed leases with single occupancy.  That means that, instead of leasing by the apartment, they have separate leases for the beds, plus each room comes with a separate bathroom which makes it more dormitory style than family apartment style.

Opponents of such projects have tried to paint these as unusual – our analysis in the past found otherwise.  Prior to Sterling, the 2016 Apartment Vacancy and Rental Rate Survey found, “Of the 9,058 market rate apartment units reported by survey respondents, only 11 percent, around 950 units in total, were reportedly rented under bed lease arrangements.”

The city’s Director of Planning and Sustainability Mike Webb told the Vanguard in an email, “I believe first and foremost that the applicants are trying to be responsive to market demands on the unit designs and lease models.”

One of the questions we asked was why not just a series of single bedroom apartments rather than rent-by-bed?  He responded, “While some single bedroom units may be desirable in the market I would think the idea of having common space within a multi-bedroom unit is attractive from a social perspective. “

He said, “As for the City, we have been clear that larger bedroom count units would not be avoiding City charges.”  But they are discussing ways that Development Agreements can provide a “interim mechanism to ensure proportionate impact fees are charged until such time that an updated impact fee schedule is adopted.”

There are two factors here.  First, “The project is limited to the equivalent of one person per bedroom with single-occupancy bedrooms which cap the total resident population. The project’s impacts on City facilities would be similar to other apartment projects with fewer bedrooms where residents double up in bedrooms.”

Additionally, “The Sterling Apartments Project is targeting a university student population who generally place less demand on City parks than a typical family.”

We will explore in coming days or weeks why developers feel this design is advantageous.

Here we are trying to figure out why having a small number of new student-oriented housing projects is a bad idea when there is a 10,000-bed need in the community.

Eileen Samitz made the argument earlier this week that “rental housing for non-students such as  workers, families can only be provided in the City.”

But there is another problem with this argument – right now the entirety of the single-family home rental market has been eaten up by students.  This is the mini-dorm problem and homeowners are converting single-family homes into quasi-dorms.

There is a huge impact from the shortage of student housing:

So while the Sterlings and Lincoln40s of the world are for students, it will hopefully help to free up other housing for families and other non-students.

In fact, I would argue that if non-student renters are a concern, building more and denser housing both on-campus and near campus seems to be the ideal solution.

What I think we should explore is whether these structures produce greater efficiency than we would have with more traditional structures.  I also would worry that if you build general apartment housing near campus – the complex is probably going to be nearly all students anyway.

More on this soon.

107 thoughts on “Commentary: Why Not Student Housing in Town?”