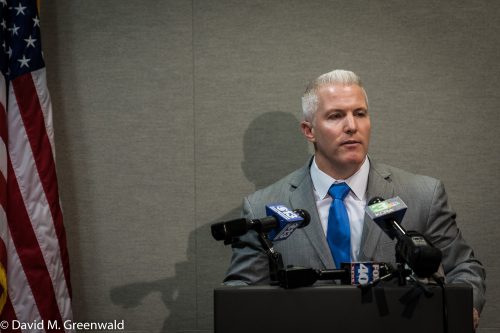 On Monday we published a piece based on a July 11 court ruling and the subsequent decision by the Yolo County DA’s office that the Yolo DA “will only be discovering the names of the law enforcement officers with potential Brady information provided to us by Law Enforcement Agencies prior to the date of the opinion.”

Based on that ruling, the Yolo DA was advised that local law enforcement agencies “will no longer provide us with the names of law enforcement witnesses who have potential Brady information based on the ALADS [Association for Los Angeles Deputy Sheriffs] case.” (ALADS v. Superior Court (LASD) B280676, with the Los Angeles Sheriff’s Department, LASD, a respondent party in real interest.)

Under Brady v. Maryland (1963), the US Supreme Court “held that constitutional due process creates an affirmative obligation on the part of the prosecution, whether or not requested by the defense, to disclose all evidence within its possession that is exculpatory to a criminal defendant.”

This includes “evidence in the possession of other members of the prosecution team, including law enforcement.”

But what it is interesting is that the letter implies that the DA does not maintain its own internal Brady list.

There we learned that the San Diego DA “keeps a list of law enforcement officers that her prosecutors do not trust as witnesses in criminal trials.”  The office would not turn over the list of officers, but the report reveals, “The so-called Brady Index is a closely guarded secret that includes officers and deputies with a track record of lying or other misconduct that could undermine credibility on the witness stand.”

A request for the list itself proved unsuccessful with the following reasoning: “Any information that may lead to the identification of the officers, including the information you requested as an alternative to the

names, is also confidential” and “the public interest in effective law enforcement outweighs any benefit to disclosing names on the index or even which agencies employ them.”

However, we do learn, “Many prosecutors maintain a Brady Index to help ensure cases are not overturned on appeal due to dishonesty or misconduct in the backgrounds of officers testifying at trial.”

This of course leads us to the question – does the Yolo County DA’s office have or maintain such a list?

The defense attorneys we talked to were unaware of the existence of such a list.  If such a list existed it might constitute Brady material itself, and therefore be disclosable to the defense.

The letter dated July 18 suggests, perhaps tacitly, that the DA does not maintain an independent list of law enforcement witnesses with potential Brady information.  But we have no way of knowing for sure.

The Vanguard has filed a records request to see what information the DA does have and how they maintain their lists – getting a copy of the list itself would be denied on similar grounds as it was denied in San Diego.

The Union-Tribune Watchdog requested similar information from other Southern California prosecutors, “which also did not release the names.”

They did get “three internal documents specifically requested by the Watchdog that detail how the Brady Index is maintained and updated, but nothing in those records spells out the extent of any misconduct or which departments are affected.”

The reason they knew of the existence of these documents was a civil trial involving an attack on a woman at a 7-Eleven by a former police officer.  The plaintiff and her attorneys said, “San Diego police command staff knew about previous complaints against (the officer) and did nothing to stop him from preying on young women.”

The report notes that the documents released “were the Brady File Review Protocol, the Brady Index FAQs and the Legal Policies Guide.”

Each of those records was referenced “in a federal lawsuit filed in 2010, when a former sheriff’s deputy sued (the Sheriff) because he could not find a job after being placed on the list.”

We will see what the DA compiles.