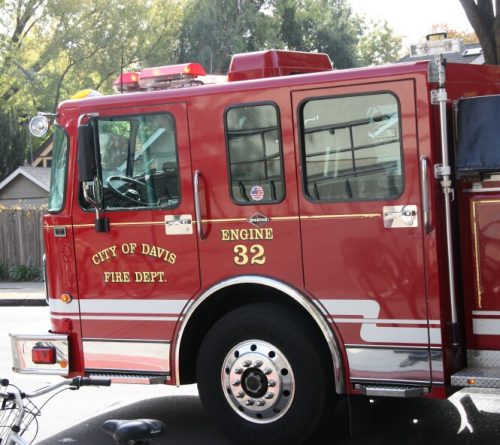 While the council unanimously approved the fire contract, there were two comments – one by Matt Williams and one by Alan Pryor – pushing back on it.  Mayor Robb Davis then made a statement in response:

Matt Williams (speaking as an individual Finance and Budget Commissioner, not for the commission):

I appreciate the clarification that Kelly (Fletcher) has made that this is not cost neutral, this is budget neutral.  The reality is that it’s not budget neutral either.  If you read the forecast page, 4.4, Bob Leland in putting the forecast together projected the increase in salary costs would be two percent, not three percent.  So we are actually going above, with the highest paid employees in the city, what is in the budget forecast.

Budget is only one year so the forecast takes the years going forward.  If you think that through, how are you going to hit your two percent target, which you put in writing not much more than sixty days ago and ratified yourselves, with the highest paid people being paid three percent?  That means that the lowest paid people are going to have increases that are going to be less than two percent.

employees of the city, not outside the city.

This is not progressive, this is not wise fiscally, this is the first shot of your campaign for the next tax increase.  It isn’t transparent.  It isn’t honest.  The $170,000 that’s mentioned in the report – there’s no calculations to show how that calculation came.  What you’re doing is saying to the citizens, “trust me.”  Given our history with regards to taxes and employee contracts, this the wrong message.

You really need to pull this item back.  Because of PERB and the like, you can’t change this agreement – this agreement has been made.  You’d get a lawsuit for not negotiating in good faith.  It would do more harm…  But the key here is the message to the voters, the people who are going to approve the money that’s going to pay for this.  Be honest, be transparent, be open.  Bring this back as a continued item on a future agenda with a full staff report and full calculations.

Further, the agenda packet item is really confusing to me as things don’t seem to add up. As an example, the staff report says that this retroactive MOU will be revenue and budget neutral to the City in the future and with no net compensation gain to the firefighters. But last month we learned at the Finance and Budget Commission meeting that the Fire Department budget for next year included a compensation increase raising the average total compensation (salary and benefits) for fire department employees from 196,500 to almost 205,000 per year – one of the highest compensation rates for firefighters in the region.

And that leads me to the overall issue of Davis City employee compensation. We also know from transparent california.org that the total compensation costs for City employees in 2016 was up about 5% per employee now totaling $44,000,000 out of a $60,000,000 general fund.

It seems that nobody on Staff is willing to talk about the 800 lb gorilla in the room which is City employee compensation levels being at the very root of our city’s financial problems. I recall one of the key points of the John Meyer staff report done several years ago specifically recommended that a city-wide business enterprise analysis be done to ensure our employee’s skill sets and compensation levels match the critical services that need to be delivered. But to my knowledge, staff has done nothing on this.

I am very confident in saying that in the absence of performing this critical study, any tax measure in Davis is going to be problematic.

I just want to be clear on the three percent, budget neutral, that concerns only PERS calculations.  PERS has calculated, has given to us an assumption which is that each year a three percent COLA will be given and they are calculating their estimated PERS calculations based on that.  I just want to be clear about that.  The statement was not about Bob Leland’s two percent per year estimated model.

I just want to add that this is a three percent COLA – it does represent a bargaining unit that took negative for several years and no COLAs for a number of years.  We don’t know where COLAs are going in the coming years.

I would invite members of the public to understand that these negotiations also enabled us to correct some things specifically in the firefighters’ contract that were problematic over the long term for our city.  Unfortunately we can’t impose those things.  We have to negotiate them which means we have to have some ability to give and take.

Does that make us happy?  No.  But because we can’t impose them, because we have to correct them on the basis of a negotiated settlement, there are some things that we end up doing that we may not even be what we desire – but what we are compelled to do in order to achieve what we believe will lead to long term fiscal sustainability of the city.

There can be no doubt – I think our negotiator knows this and I think our staff definitely knows this – that Davis along with all the cities in California face a fiscal cliff of pension contributions over the next five to ten to 15 years.  The study that has been requested is actually happening right now to examine the way forward of how this city will staff itself to deliver the service necessary to a full functioning city.

The question is going to be which services does city staff produce versus which services the city of Davis provide.  The answer to that will provide us I believe with an answer to how we’re going to staff to appropriately provide services, if not always produce them.

4 thoughts on “Council Gets Pushback on the Fire Contract”