Speakers expressed shock and dismay at the state of affairs which saw the presence of neo-Nazis in the streets and a president who has, in their minds, failed to adequately call out the situation and denounce hate.  As Congressman John Garamendi said, “This is no place for that kind of bigotry.

“Speak the words, Mr. President,” the Congressman said.  “And if you can’t, then get the hell out of that office.”

Mayor Robb Davis related a story of being in Virginia right after President Obama was inaugurated and being stunned to hear someone express shame to be in America, and he called it a wake-up call to the fact that hatred still exists.  “I think we’re all awake in the last seven months,” he said on Wednesday.  “I’m not talking about waking up because I’m proud of it.  I’m ashamed to say I woke up.”

He said, for people of color, “these things have never gone away.”  The mayor said, “We traded Jim Crow for mass incarceration.  We traded red lining with exorbitant interest rates and exclusionary housing practices.

“We traded the war on poverty for the war on drugs,” he added.  “We know where that’s led us.”

He said, “All of those things are the basis of a systemic racism that exists in this country and I had the privilege for many years just to ignore it.”  He said he’s lived a good life, “but all around me there are people who were experiencing a different reality and they still are.”

He said that “organizations that are here… these are people who are digging into our community today…”  “If we’re really serious about confronting racism and exclusion in this country, it has to be through local effort.”

Congressman John Garamendi called us “a great nation because there are so many different Americans.”  He said, “This country will not tolerate hatred of any kind in any way.”

He confronted the people who believe that “Hitler was right,” responding, “no how, no way, there will be no neo-Nazis in this nation.

“That hatred, that bigotry cannot find roots in our nation,” the Congressman said.  “There are those who believe this nation can be white-only, let them come to California and see the strength of diversity.”

He said that those who believe that white nationalism has a future, “they are not looking around and seeing what happens when cultures mix, when people come together to build a more perfect union, therein lies our strength.”

Congressman Garamendi sent a message to Mr. Trump.  “We expect the President of the United States to stand for justice, to stand for equality and to stand against bigotry of all kinds.”

“Mr. Trump please stand as other presidents before you have stood, strongly for unity, strongly for justice, strongly for diversity and, please Mr. President, be a leader that will cause us to put down those that cause racial hatred,” he said.  “Please Mr. President, be a leader for God’s sake, speak out strongly, tell the world that this is America and tell the world and tell those who march with the KKK, who stand with the neo-Nazis… tell them no way.  Not in America.

“Mr. President, be our leader,” he said.  “Please stand for justice.”

Kate Mellon-Anibabi from Statement of Love spoke and said, “In Charlottesville this week we got to see racism, the kind that is blatant and alerts our senses to pure evil.  The kind that makes us sick to our stomachs.  The image of white men holding torches, spewing hate and physically hurting people in the name of white supremacy is appalling.”

She called this “the type of racism that’s easy to denounce and separate ourselves from.”  She said, “We are the good white people.”  She said that “saying these kinds of things is problematic” and “we need to stop.”  She said that “this is the complacency that fuels the fires of white supremacy.

“The reality is that we have an obligation to do work here in this community,” she said.  “We need to show up for people of color in our own communities that are experiencing trauma daily.

“Sometimes a Statement of Love needs to be tough love,” she said.  “Please don’t just come out to fight against racism in Virginia, we can show up for our community right here.”

Rabbi Greg Wolfe called it “incredibly painful and horrifying to be here today in 2017 in America to denounce statements and repudiate actions that belong in the dustbin of long ago history.”

He said that these people do not reflect “the value of the majority of Americans who are truly just, compassionate and good people.

“But I am glad that we are here together, today,” the Rabbi said.  He said that, in Jewish tradition, the Rabbis asked why it is that the world was only created with one person, “and we are taught that the reason is that we are part of one family and no one can claim that their lineage is better than anyone else’s – that we are all equal – and if you destroy one person, it’s as if you destroyed the entire world.

“Hatred thinks that it can receive a helping hand?” he said.  “We must say no – not in our country and not in our time.”

Finally Chancellor Gary May spoke for first time before the community.

Over the weekend, he put out a statement to the community: “We condemn the violence and hate on display in Charlottesville today. Freedom of speech is not about provoking and inciting violence. Our thoughts are with our University of Virginia colleagues.”

He said the image of the neo-Nazis marching across the campus was “almost too much to take,” “enraging,” “horrific” and “frightening.”

He quoted James Baldwin, who said “to be black in America is to be in a constant state of rage, and that’s what I felt as I watched those events unfold.”

Chancellor May said that college campuses have always been at the forefront of debate and discussion in our nation, “however there’s a difference between protected and prohibited speech.  Incitement to violence is not speech.  Terrorism is not dialogue.  Freedom of speech is about new ideas, not old hate.

“Some have even said that there were many sides responsible for the escalation of this conflict,” he said.  “As my friends have said, he is who you thought he was.”  He said, “There were not many sides, there were only two – there was good and there was evil.” 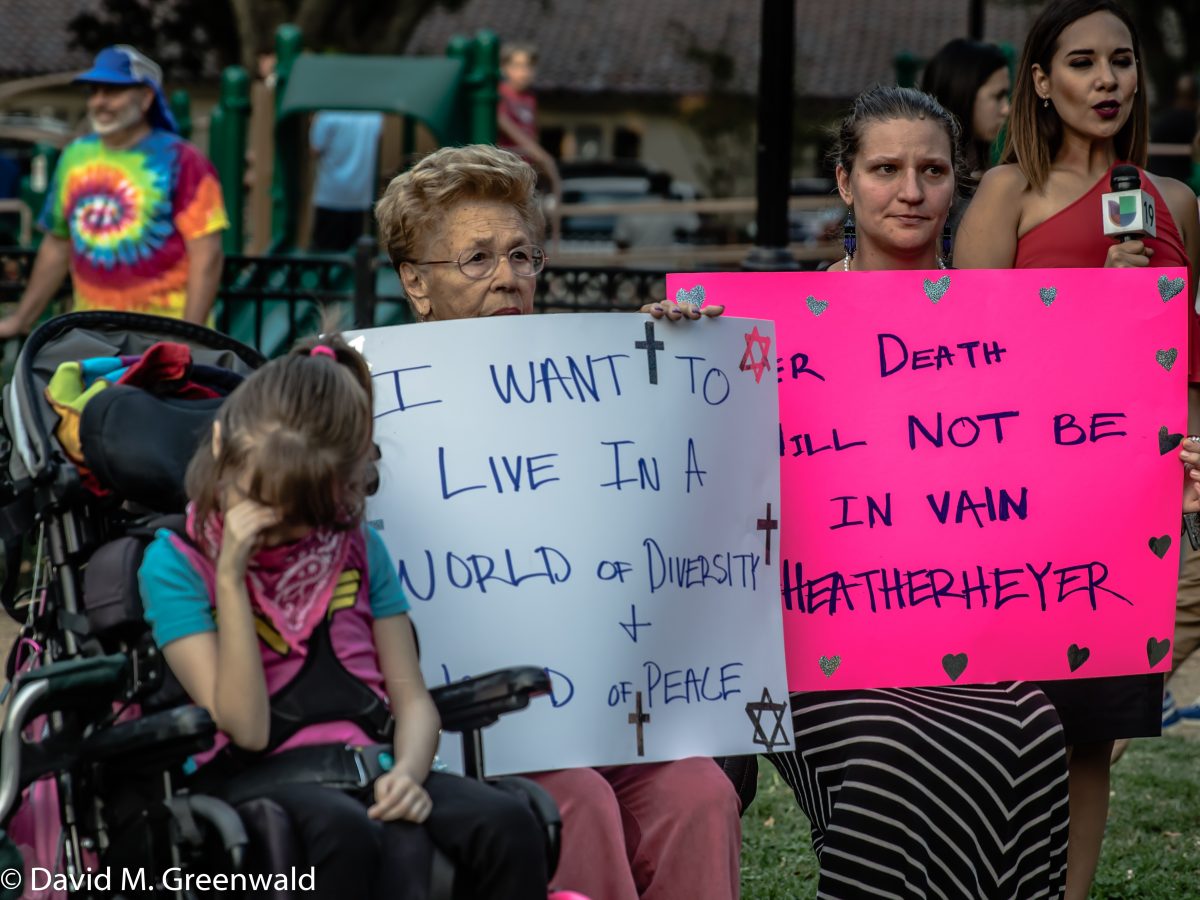 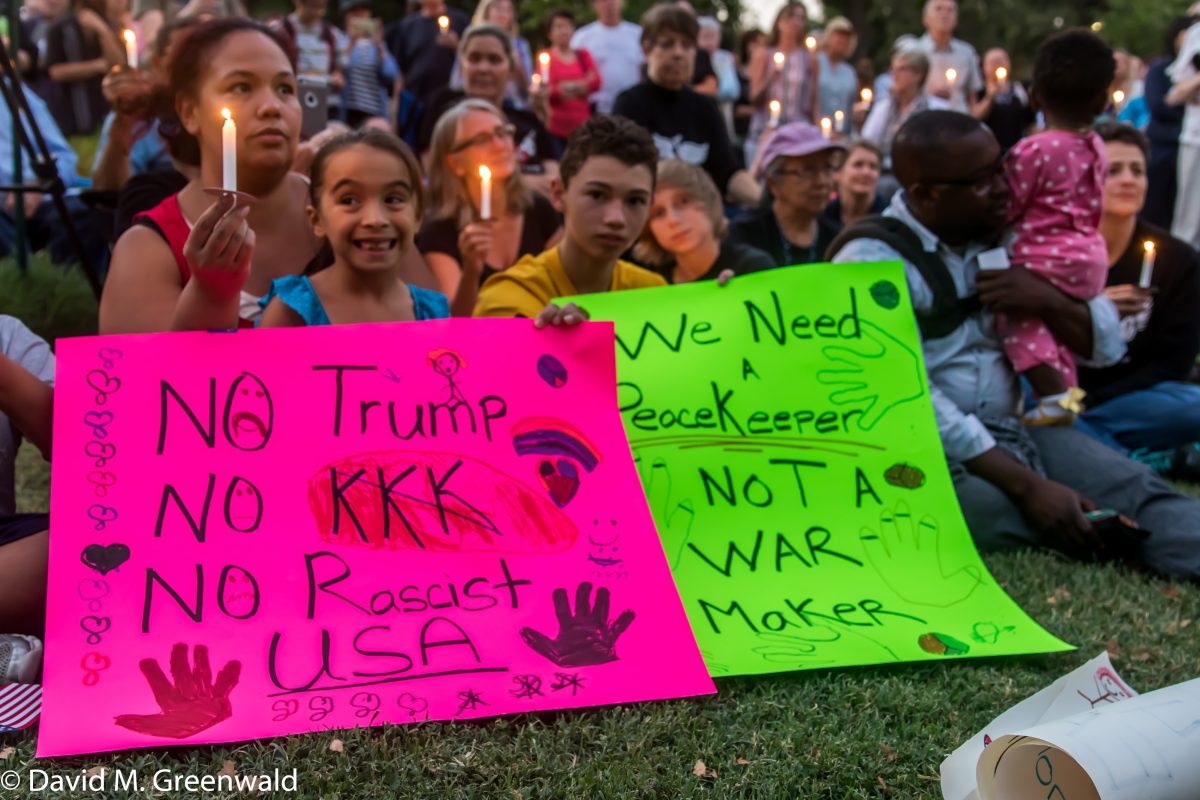 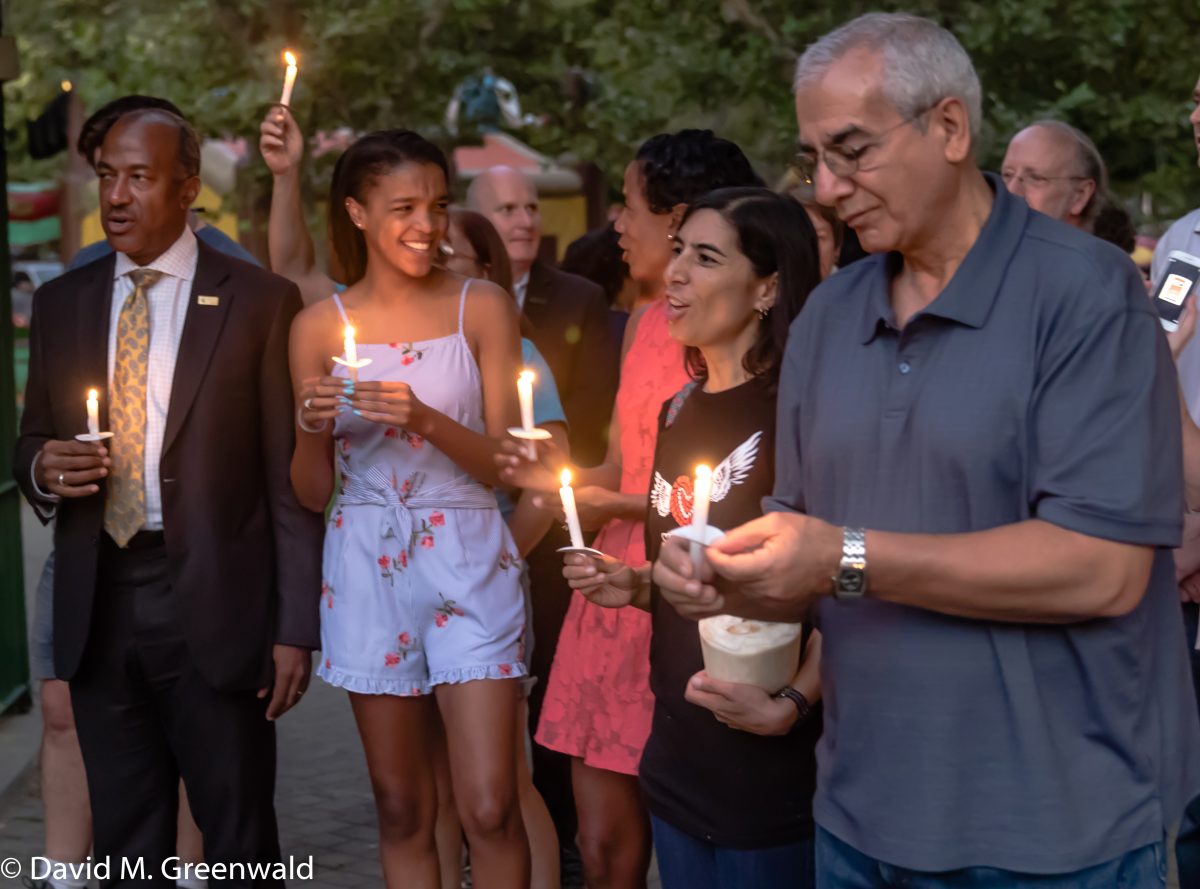