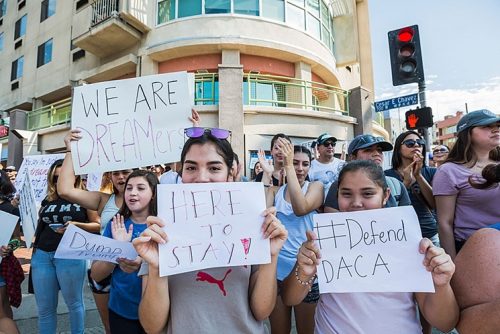 On Monday morning, California Attorney General Xavier Becerra, joined by the attorneys general for Minnesota, Maryland and Maine, filed a lawsuit against the Trump Administration over its decision to end the Deferred Action for Childhood Arrivals initiative (DACA). The four states filed the suit in the U.S. District Court for the Northern District of California arguing that the Trump Administration violated the Constitution and federal laws when it rescinded DACA.

“The DACA initiative has allowed more than 800,000 Dreamers, children brought to this country without documentation, to come out of the shadows and become successful and productive Americans. One-in-four of those DACA Dreamers know California as home, and it’s no coincidence that our great state is the sixth largest economy in the world,” said Attorney General Becerra. “In California, we don’t just support and value them – we fight for them. And it’s important that we get this right. We will not permit Donald Trump to destroy the lives of young immigrants who make California and our country stronger. The court of public opinion has already spoken: the vast majority of Americans agree Dreamers should be here to stay; so now it’s time to fight in every way we can – and on multiple fronts – in the court of law.”

In July, Attorney General Becerra led 20 attorneys general in sending a letter to President Trump urging him to maintain and defend DACA. In the letter, the attorneys general explain how DACA has benefited their states and the nation as a whole and call on Trump to fulfill his public commitment to Dreamers, whom he called “incredible kids” who should be treated “with heart.” Roughly a quarter of all DACA grantees, or more than 200,000 young people, live in California.