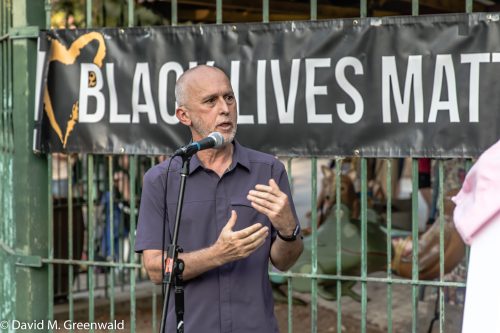 When the five co-defendants plead no contest to the felony resisting arrest charge in the Picnic Day incident it was recorded as a deferred entry of judgment (DEJ) which does not get recorded as a conviction, and if they follow the guidelines, the conviction will never appear on their record.

But in addition to the requirement that they not be convicted of a new crime, the defendants must complete a restorative justice program.  Many in the community have been somewhat confused as to what that has entailed – so we spoke with Robb Davis, long an advocate for restorative justice in our community and someone who has helped to advise on this process going forward.

“The purpose of the restorative process is to give them an opportunity to come together, talk about that in a confidential way, in a way that enables them to be honest with each other and it will really be up to them together to determine the steps that they want to take.”

Basically, the process will guide them in determining what steps they need to take to make things right.  He added, “There’s no predetermination.  There’s no prerequisite of an apology by anyone.”

The mayor explained that you don’t just throw two groups of people together in a room.  The process of the restorative circle requires pre-caucus meetings with trained facilitators.  These pre-caucus meetings introduce what the process is, find out what the needs of the individuals are, determine the questions that they have, and make sure prior to the joint meeting that everyone is ready to meet.

It is during the pre-conferencing “that people’s concerns about meeting with the other group can be aired.”  The goal is to get everyone comfortable to go into “that space” where the conferencing

occurs.  “That’s where the training of the facilitators comes in,” he explained.  “There’s not a rush to bring people together.  There’s as much preparation time as necessary to make people feel comfortable.”

The goal is to make sure that (a) people’s needs are met and (b) that they have the opportunity to talk and be heard.

When the facilitators believe everyone is ready, Mayor Davis explained, “a restorative circle really does involve the two groups coming into the room and a facilitated conversation with pretty strict rules about listening and responding…  A part of the preparation is giving people the tools to be sure that they are ready to listen, to be sure they’re ready to ask good questions of the other, to be sure that they are accounting for the needs of the other.”

He said, “To me an ideal situation would that the two groups would agree together on something that they want to communicate jointly coming out of the conference.”  He made it clear that is not a requirement.  The group determines the needs of the group and how they can be met.

The Neighborhood Court works a little differently, in that the individual acknowledges a harm and figures out what to do to rectify that harm.  A circle, on the other hand, brings people together who were harmed and they work out in a more open process what they feel needs to happen after listening to each other’s perspective.

“A successful outcome to me is that the two groups come together and understand the narrative and experience of the other.  That they agree on what happened and what they could have done differently.  And they are willing to communicate that,” he said.

The defendants have had to agree to this process as a condition of their deferred entry of judgment and removing the felony conviction from their record.  The question is how they will benefit from this process.

They can do it without having to follow court procedures and “without fear that their honesty about what happened is going to harm them further.”  He said, “My experience is that narratives get told.”

From the officers’ perspective, the officers get to explain their approach to the scene and what they were trying to achieve – their state of mind. They get to ask questions of young people concerning their reaction and how things might have come out differently.

“For both sides, the upside is an opportunity to explain their perspective, their experience of the event without judgment,” he said.  “I think that’s a very powerful thing.”

Mayor Davis doesn’t believe there are many risks for the young people.  He explained, “It is a confidential process.  They are not going to be required by this process to make a public statement.”  Now, they may come to an agreement to do that, but they won’t be required.

The facilitation enables both sides to be in the room on equal footing.

These meetings would initially not have community representation in them.  Robb Davis expressed the need for the initial conversation to be only between the two parties.  “I would really like to make sure we focus first and foremost on the two groups that were most intimately involved in it,” he said.

He said that should really be the city management and leadership talking about what happened and how things should change going forward.   It’s not his inclination to require the police officers or the young people to be part of that broader conversation.

He said that would enable “people to ask about things like the press release or they can ask about policies on unmarked vehicles.”