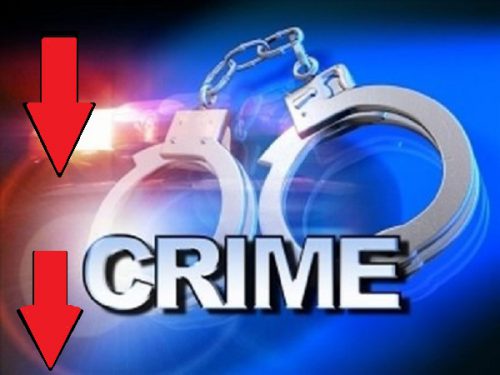 “After decreasing for nearly 20 years because of the hard but necessary work our country started in the 1980s, violent crime is back with a vengeance.” Attorney General Jeff Sessions said during remarks at the 63rd Biennial Conference of the National Fraternal Order of Police, Aug. 28, 2017.

On August 16, talking about “sanctuary cities” in Miami, he said, “In the 1980s, Miami-Dade was plagued by drugs. Violent crime followed. Police regularly recorded upward of 500 murders a year. The city seemed to be crumbling. But the people of Miami-Dade refused to tolerate this level of violence. And last year, Miami-Dade’s homicide count was barely a third of what it was in the 1980s.”

On April 24, he said, “We need to turn back this recent surge in violent crime.”

On March 15:  “All of us who work in law enforcement want to keep people safe. That is the heart of our jobs; it is what drives us every day. So we are all disturbed to learn that violent crime is on the rise in America, especially in our cities. And that is what I want to talk about with you today.”

On May 25:  “As you have experienced right here in Memphis, violent crime is on the rise in America.”

On June 20:  “As all of you know first-hand, our nation’s violent crime rate is rising. In many of our urban areas, this increase is staggering.”

as a preliminary report citing an increase in violent crime in 2016 according to a FactCheck.org story in the Washington Post.

“The increases represent the largest single-year increase in the violent crime rate since 1991, but it is hardly a staggering rise,” the Post reports. “Sessions uses the one-year increase and incomplete data for 2016 to make a sweeping statement about crime across the country. But, one year of data does not constitute a trend. Many criminologists recommend using a minimum of three years to understand crime trends and to account for small, but random changes in crime over short time intervals.”

The trend line is even more important.

“Crime is at historically low levels,” said Nick Petersen, assistant professor of sociology at the University of Miami. “There may be small increases month to month and year to year, but there is a little random noise in the fluctuations.” 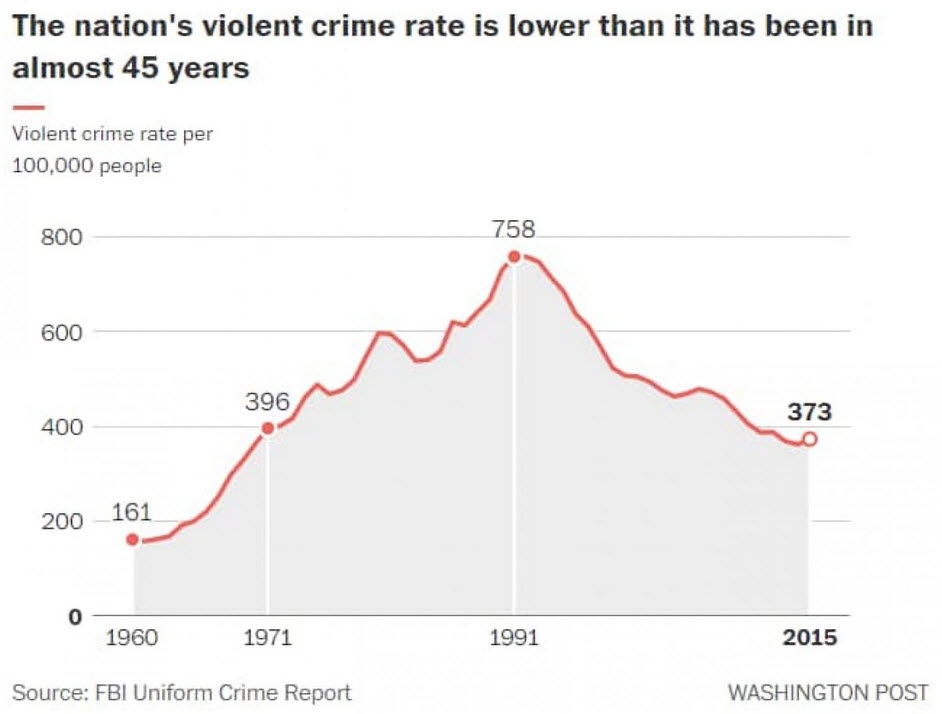 The bottom line: “The violent crime rate would need to more than double to reach the same levels of the 1990s, when violent crime peaked across the country.”

That is the perspective that is not coming from Jeff Sessions.

Jeff Sessions, like many on the right, highlights the surge of crime in major cities like Chicago.  In his August 16 speech in Miami, however, Mr. Sessions praised the efforts of Miami-Dade to reduce violent crime during a time when he maintains the nationwide crime increased.

The facts here, however, are not as clear as he would like them. 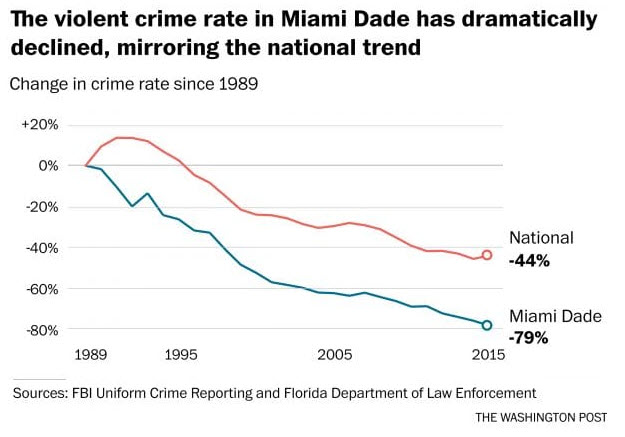 Meanwhile, Miami-Dade “experienced the same decline in violent crime over the past two decades. Violent crime in Miami Dade reached record highs in the ’80s and ’90s. Since then, violent crime has declined. And this decline mirrors the national trend.”

As the Post points out, Mr. Sessions simply has used Miami-Dade’s crime reduction as “proof that the entire nation can do better.”  They write, “Sessions employs the same tactic to dramatize crime in cities as he does to dramatize crime across the country. By zooming in on one city, like Chicago, and looking at violent crime rates over a short period of time, he can claim crime is rising.”

“It is really easy to cherry pick the data point you want in order to make the claim that decades of progress is being rolled back,” said Ames Grawert, an expert on criminal justice issues at the Brennan Center for Justice at NYU School of Law. “Sessions is pinpointing cities and making the case that they are representative when they are not. If you look at any city crime is way down.”

The bottom line, the Post concludes, is “despite a one-year uptick, the nation’s murder rate is at historic lows.” 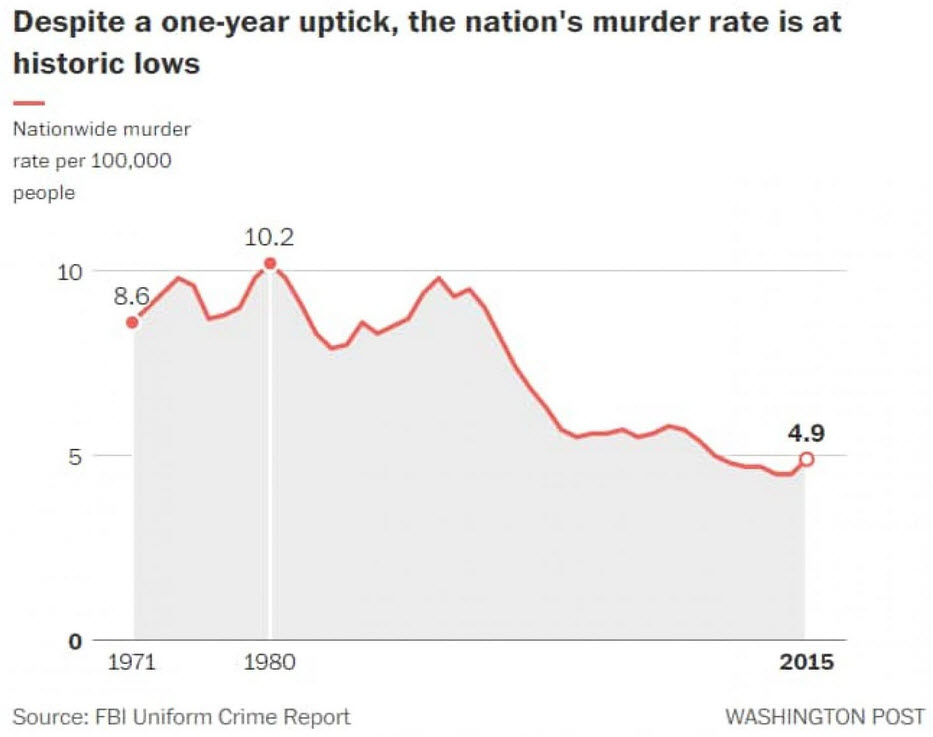 Is there cause for concern because the rate is moving up slightly?  Sure.  But, given where it was, there might have been nowhere for it to go but up.  We will have to watch the trend over the next few years to see if it is a true increase or just another blip.

One thought on “Monday Morning Thoughts: AG Sessions is Wrong about a Crime Wave Sweeping the Nation”