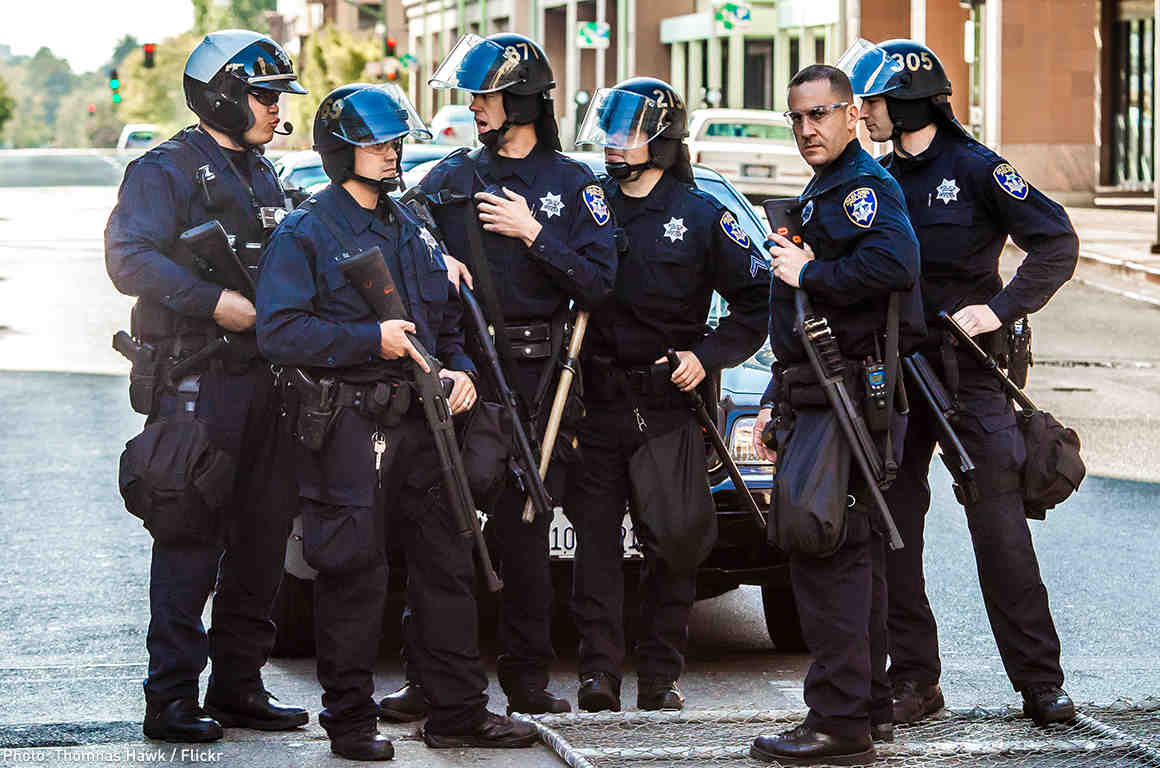 This week, the Trump administration revoked President Obama’s Executive Order 13688, which limited the scope of a federal program that allows state and local police departments to obtain military equipment free of charge – and without oversight or training in how to use it. After spending 34 years as a police officer, I’m convinced that the 1033 Program has been one of the single greatest contributors to the public losing trust in law enforcement.

Scrapping Executive Order 13688 means police departments will again have unfettered access to high caliber guns, grenade launchers, and armored vehicles, among other forms of military equipment. During a time when criminal justice and police reform have bipartisan support, this decision shows a clear misunderstanding both of what Americans want and, more perilously, of what’s truly effective at improving public safety.

Scenes from Ferguson, Missouri, helped create better awareness of the 1033 Program throughout the country. The public demanded to know why police who were sent to keep the peace during a protest were indistinguishable from soldiers at war. This is not the peace officer I was trained to be when I joined the force.

Beyond causing terror in individuals and families whose homes are raided with police armed with military weapons, the use of such equipment for regular police work damages police-community

Officers need to engage in crime prevention and crime fighting activities that work. They do not need to participate in programs that waste resources and create dangerous situations for both law enforcement and the public. In the SWAT raids studied by the ACLU for its 2013 report, War Comes Home, 79 percent of SWAT deployments were issued to execute search warrants, mostly for drugs. Somewhere between 36 and 65 percent of those drug searches resulted in no discovery of illegal contraband. Even if everything goes smoothly and nobody gets injured or killed during a raid, it’s still an enormous waste of time and extremely dangerous for both officers and civilians.

An all-too-common SWAT scenario is one where SWAT’s involvement escalates a nonviolent situation into a deadly one. Imagine that you are awoken at dawn by the sound of men shouting and battering down your door. You can’t hear what the voices are saying, but you realize your home is being invaded. Your instinct tells you to grab your lawfully owned gun and face the intruders. You race downstairs and make it to the front door only to find the intruders are police – and they think you have drugs. The police are scared of an armed man running toward them, and you’re barely awake. You’re confused. And then shots are fired. Nobody remembers who pulled the trigger first.

With each of these incidents, public trust in the police erodes. Research shows people who don’t trust police are less likely to report a crime, and I can tell you from experience it makes them much less likely to cooperate in investigations. Without the community to help us, police work — the hard work of solving rapes and homicides and kidnappings — becomes nearly impossible.  This means our “crime reduction” strategy of deploying SWAT teams is paradoxically creating an environment in which it’s harder for police to solve crimes and protect people.

My philosophy is instead guided by the Nine Principles of Policing set forth by Sir Robert Peel and his commissioners nearly 200 years ago, which have set the standard ever since. The very first principle is “to prevent crime and disorder, as an alternative to their repression by military force….” I support replacing the 1033 Program with one in which officers must demonstrate competence, be trained in proper equipment usage, and may only use military equipment for hostage, active shooter, and barricade scenarios.  I believe this because I became a police officer to protect people. When people fear the police more than they fear crime itself, the legitimacy of the career I loved so much becomes meaningless.

Neill Franklin is a retired police major and the Executive Director of the Law Enforcement Action Partnership.

Share:
Tags:ACLUFergusonMilitarization of the PolicePresident Trump
Previous : Housing Prices Have Ripple Effect on Schools
Next : Sunday Commentary: This Is Not an Issue (Just) about AIM, It Is about (Lack of) Transparency