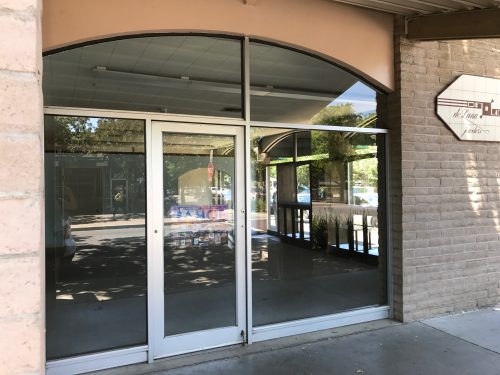 At Wednesday’s (September 13) planning commission meeting, member Darryl Rutherford raised the issue of fairness of the Core Area Advisory Committee (CAAC) group in terms of the city outreach and the fact that the council, on August 30 as many were still in the midst of their summer, not only passed the framework for the committee but added voting members after taking public comment.

The original deadline was September 18 which has since been extended to September 25.  Mr. Rutherford said that this process does “a disservice to those who aren’t as engaged (who) might be greatly impacted by decisions going one way or another.”

City staffer Ash Feeney responded that “there has been a lot of outreach.”  But he then went on to cite efforts to let traditional organizations like the neighborhood associations know about the process.

Darryl Rutherford responded, “To me I see that as much of a natural thing because a lot of what can happen will have a direct impact to those neighborhoods.”

But he continued, “This is a city issue.  It’s not the central area neighborhood issue.  This is going to affect folks who are in south Davis, west Davis, north Davis.  It’s going to affect low income renters who are looking to find a place to live here in town that’s affordable and will help meet their needs.  It’s going to affect our lower wage workers who are working the majority of the jobs downtown who are unable to live in town or if they are they’re living in substandard conditions or in places that aren’t near where they work.

“Has the city done any outreach to our affordable housing developers?  To the labor unions?  To social justice advocates?” he asked.  “This is a much larger issue than just the core area neighborhoods.  This has – we’re a small town and whatever happens here is going to affect more than just that small little group there.  I’m afraid this process (is) being… shoved down our throats.  September 18 for some folks who aren’t nearly as engaged as others are, those who might not be aware of how the processes work, who might be a very strong applicant to this process – they aren’t having an opportunity to do that and I think we’re doing a disservice to the whole community.”

It is not just Darryl Rutherford, an affordable housing advocate.  But there is a broader range of people who have approached me this week to argue for the inequity of the system and the process.

Mark West, in a piece that was submitted to the Vanguard, wrote, “As it stands, the approach before us focuses on maintaining the status quo and the interests of property owners rather than a downtown evolution that serves the common good of all.

“Where are the representatives for Davis renters, who constitute 55% of Davis residents? How about those representing labor, or the economically disadvantaged? Perhaps more importantly, why have we bestowed three votes to the downtown neighborhood organizations that have a well-documented history of moving from a mindset of scarcity/protection rather than abundance/opportunity?”

He said, “It is critical that the composition of the CAAC represent the full diversity of the Davis community. The plan presented by the City Council and City Staff, thus far, has failed to achieve this values-based community objective.”

Others pointed out that, by asking people to put their education obtained, including schools attended, date graduated and type of degree, we may be deterring those who do not have the breadth of formal education as some in the community and do not wish to compete with those with fifteen degrees after their name.

Some have defended the question by suggesting it is not intended as a screening question but to get at background, but for many they will not view it that way and it may act as a deterrent to get

some constituencies who might be heavily impacted to participate.

The problem here and once again is that the city’s approach to outreach is aimed almost exclusively toward existing stakeholders.  When Darryl Rutherford pressed Ash Feeney on the outreach process, Mr. Feeney’s response was that “we have done outreach” and then he talked about the neighborhood associations.

The process set up here is self-perpetuating.  Mr. Feeney talked about the public process, the council meetings where the discussion has taken place, the process that has been endorsed by the city council.

But has that penetrated the population that is not already engaged in the process?  We have been extremely critical of the city’s efforts in the past to do effective outreach and, in this case, we wonder how deeply that outreach process has penetrated.

We have not seen mention of the CAAC on Twitter or Facebook streams – if they’ve been placed there at all, it would have seemed to have been a one-time effort.

Instead, as we pointed out in Saturday’s column, the city has taken the view of the geographical outreach.  As Darryl Rutherford points out, that is fine, this does have a direct impact on those neighborhoods – but, as we tried to make the point on Saturday, the impact here is citywide and it goes well beyond geographic or proximity impacts.

In some discussions I had at Farmer’s Market yesterday, some suggested that our planning process focus on those who are already living here and have a stake in the community.  But, as we saw last Monday, there are 21,000 people who work in the city of Davis but do not live here.  Surely some of those folks have an interest somehow in being part of that process.

A lot of those are low-wage earners who work at the university or in retail and restaurants around town, but cannot afford to live here.  Do they have a stake in this process?  Do they get some sort of voice?  And even if you want to limit the discussion to current residents, surely representatives of labor unions or other worker groups could be effective advocates for those who have no voice right now due to non-residency.

But, as it stands now, this process figures to be comprised almost exclusively of the very stakeholders and individuals who have created and perpetuated the systemic injustice that remains embedded in our city plans.  The only chance to change that is to change the way this process works, but we continue to set up the same old, same old – with the same cast of stakeholders making the same arguments over and over again.

Share:
Tags:Affordable HousingCAACCore Area Specific Planland useSocial Justice
Previous : ‘Monsanto 10’ Back in Woodland Court Monday
Next : Sunday Commentary: How Much Will the Housing Package Passed by the Legislature Impact Davis?

67 thoughts on “Sunday Commentary: The Inequity of the CAAC Process”