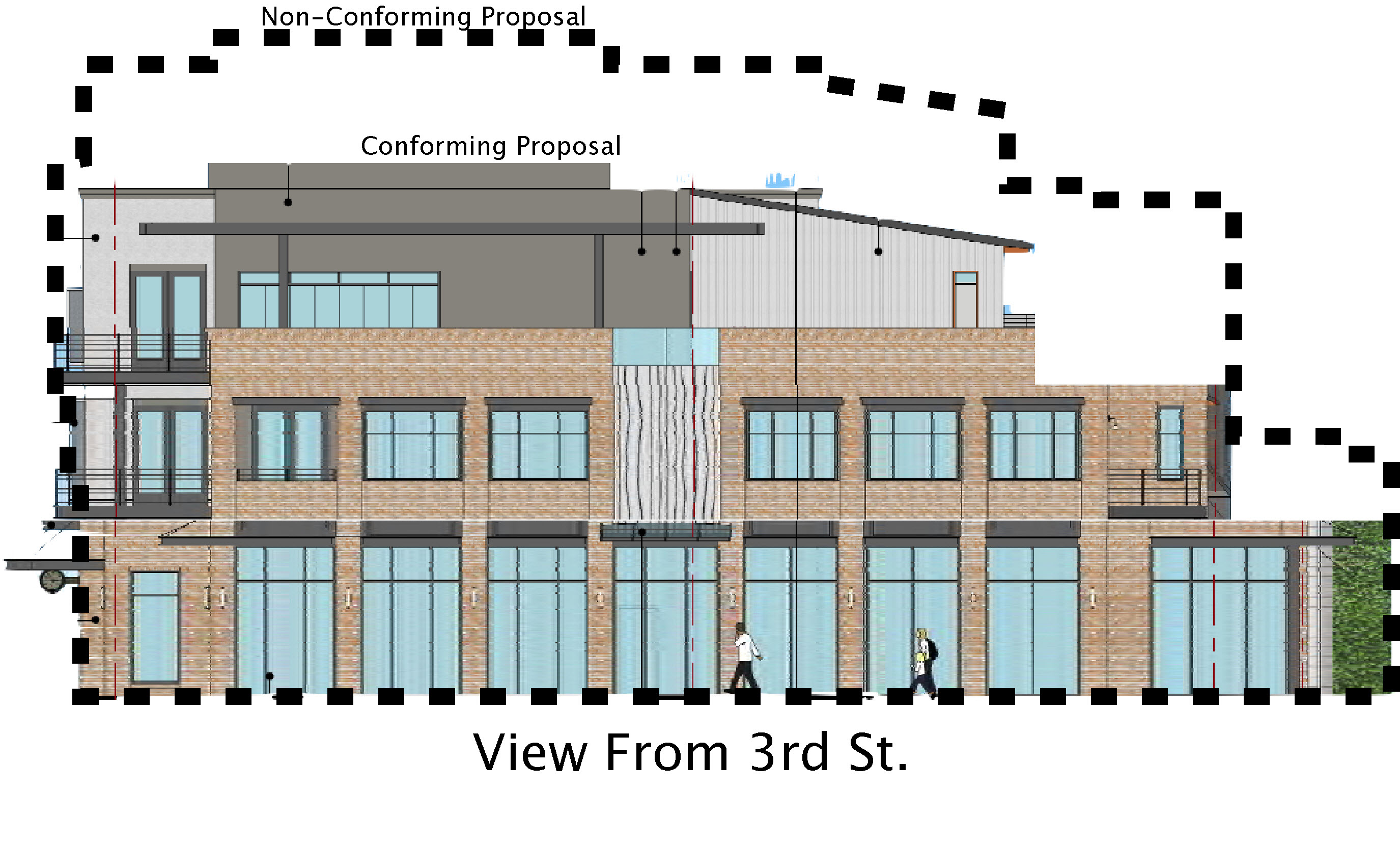 The Old East Davis Neighborhood Association presents “Trackside 3.0,” a proposal that balances the need for housing with the basic Davis values of sensible growth and the preservation of neighborhood character.

The association’s proposal is a three-story, mixed-use building based on the current design by the Trackside Partners, but scaled to fit within neighborhood Design Guidelines and city zoning.

The neighborhood association’s proposal is still a very large building: It has 45 percent more square footage than the four-story Chen building at Second and G streets, and it is larger than The

Lofts on E Street, the largest mixed-use residential building in the downtown core.

The Chen Building and The Lofts are both economically viable, suggesting that the association’s proposed building also will “pencil out.”

Responsible land use involves balancing the city’s need to grow with implicit contracts between the city and its citizens, which are embodied in zoning ordinances and land-use policies. The city’s goals can be achieved with a zoning-compliant building.

As Planning Commissioner David Robertson asked at the Aug. 23 Trackside Center hearing, “If we’re not going to enforce the Design Guidelines, then why do we have them?”

The policies of the General Plan, Core Area Specific Plan and Design Guidelines are statements of shared values and norms, produced with the input of planners, decision-makers and community stakeholders.

Approval of the Trackside Partners’ proposal by the City Council would violate the agreements designed to protect traditional neighborhoods from direct, overwhelming encroachment and unmitigated impacts.

A community-based process for revision of the Core Area Specific Plan will begin in the coming months. A new approach to planning, known as a “form-based code,” is expected to be a key component of the revised specific plan.

Transitional areas between single-story homes and downtown should incorporate the “missing middle” concept, according to Daniel Parolek of Opticos Design, lead author of the book “Form-Based Codes.” The “missing middle” is a scaled transition from traditional neighborhood homes to a denser downtown.

James Corless, CEO of SACOG, was asked about his vision for future growth in Davis at the Aug. 23 Planning Commission hearing. He replied that the city needs to provide new housing “while maintaining your community character, your charm, your livability and a small-town feel.”

Later that evening, the Trackside Partners’ proposal failed design review by a 6-0 vote of the Planning Commission, due to questions about its compliance with the Design Guidelines.

A financially viable, compliant building has now been presented in the form of the neighborhood association’s proposal, “Trackside 3.0.” There is no need to depart from the zoning and Design Guidelines.

The community must be the guardians of our traditional historic neighborhoods. If we fail to protect them, the charm and uniqueness of Davis may be swept away by constant development pressure. Once lost, these can never be restored.

12 thoughts on “Trackside 3.0 Balances the Need for Housing with Sensible Growth”