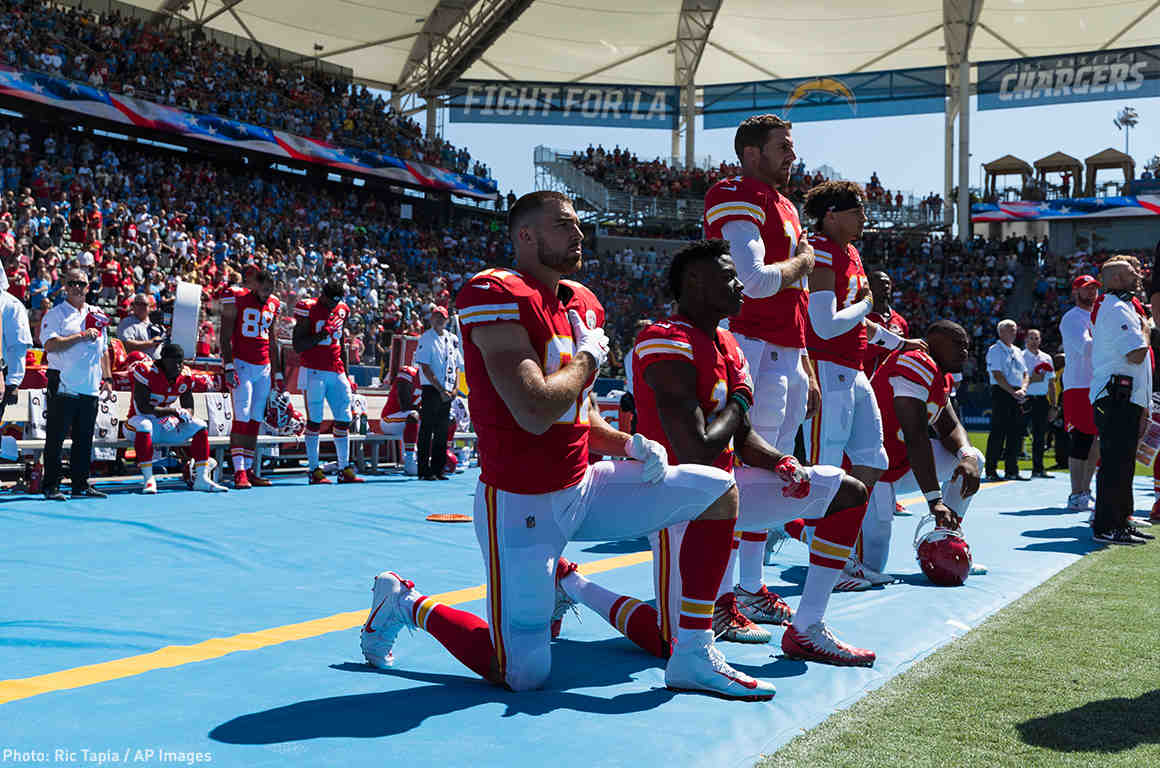 If Donald Trump is not a white supremacist, his actions and words show a great deal of comfort with the values of white supremacy.

He did not want Blacks living in his buildings or handling his money. His comparison of the Washington monument to confederate monuments built to honor people who killed American soldiers for the right to own other human beings shows an ignorance of and an unwillingness to deal with the truth about America’s past and current history of racism.

His encouragement of police brutality and championing of unconstitutional stop and frisk policies are not race neutral.

His initial refusal to rebuke white supremacists in Charlottesville was followed by blaming “both sides” for the violence while noting the “very fine people” among those who either carried Confederate and Nazi flags or had no problem marching with folks who did. David Duke and other white supremacists praised him. They understood exactly what Trump was saying and doing.

Saturday Trump told an overwhelmingly white crowd in Alabama that a Black athlete quietly demonstrating for racial justice during the national anthem is “a son of a bitch,” not a very fine person. He resorted to time tested racial code words:

Translation: the ones protesting about racial injustice who were almost all Black.

This framing relies on the “Southern Strategy,” used for decades to make coded appeals to racial bigotry. Republican campaign consultant Lee Atwater was taped explaining it this way in 1981:

“Now, ya’ll don’t quote me now…you start out in 1954 by saying “nigger, nigger, nigger.  By 1968 you can’t say nigger, that hurts you, it backfires so you say stuff like forced busing, states’ rights and all that stuff…if it is getting that abstract and that coded we are doing away with the racial problem one way or the other, you follow me?  Because obviously sitting around saying “we want to cut taxes, we want to cut this is much more abstract than even the busing thing and a hell of a lot more abstract than nigger, nigger.  So any way you look at it race is coming on the back burner.”

Ronald Reagan’s first speech after his nomination for president was less than 10 miles from Philadelphia, Mississippi, where three civil rights workers were murdered in 1964.  Reagan told the overwhelmingly white crowd that he was in favor of states’ rights, and everyone listening knew what he was saying.  Trump simply used the Southern strategy playbook in Alabama.

It is no more a privilege to play in the NFL than it is to do any other job. Making millions in the NFL does not require you to stand, sit, or kneel to anyone’s politics.

Yesterday, over 200 players knelt or sat for themselves. In Detroit and Nashville performers dropped to their knees after singing. The Pittsburgh Steelers, Tennessee Titans, and Seattle Seahawks were among teams that stayed in the locker room during the national anthem.

The protests weren’t confined to the NFL either.

“I love this country and I have family members, including my father, who bled for this country, and who continue to serve. This goes beyond the black and Hispanic communities because right now we have a racial divide that’s being practiced from the highest power we have in this country saying it’s basically OK to treat people differently.”

Denver Broncos player Derek Wolfe said kneeling during the anthem was disrespectful and maybe the wrong platform.  He said America is the greatest country in the world and asked why protestors don’t leave if they don’t agree.

Perhaps the best answer to Wolfe’s question came in 1939 from Mary Bethune, daughter of slaves who founded the first accredited Black college in America. She explained why Black soldiers fought and died for America:

We have fought for the democratic principles of equality under the law, equality of opportunity, equality at the ballot box, for the guarantees of life, liberty and the pursuit of happiness.  Yes, we have fought for America with all of her imperfections.  Not so much for what she is, but for what we know she can be.

Some have asked if these protests are good or bad politically for Democrats or Republicans.  It is a privilege to be able to engage in intellectual curiosity about speaking out against racism.  If you are a person of color in America and you remain silent, what you risk is the future of your children and grandchildren. Athletes in the past — Muhammad Ali, Bill Russell, Tommie Smith, John Carlos — risked their careers to speak out about racism. This weekend, DeMaurice Smith, the executive director of the NFL Players Association, wrote: “We will never back down. We no longer can afford to stick to sports.”