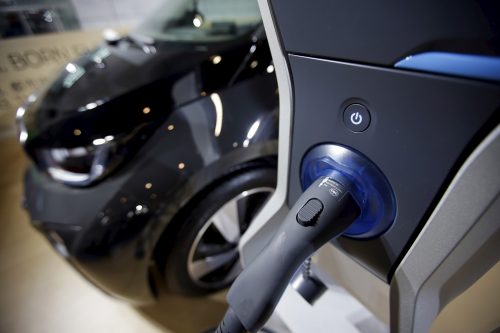 The Brown administration launched a trial balloon last week. The governor said he now supports a ban on the sale of gas-powered cars in California.  He apparently was inspired by China’s plans to enact a similar ban.

When you dig deeper into the numbers, China’s proposed ban may not be so inspiring.

First, energy consumption and greenhouse gas emissions in China from battery electric vehicle production were recently found to be 50 percent higher than those of gas-powered vehicles.

Second, China powers its electric grid mostly from coal, and coal has a much higher carbon intensity than gasoline. (According to the World Bank, China got 73 percent of its electricity from coal in 2014.) Although China is moving towards natural gas, its electric vehicles essentially will be coal-powered for years.

Bottom line – China’s ban on gas-powered cars would likely increase greenhouse gas emissions until China can source most of its electricity from natural gas or renewables.

Fortunately, it’s a much different story in California. California gets a substantial portion of its electricity from natural gas and renewables, which have much lower carbon intensities than coal.

This makes a big difference.

A Union of Concerned Scientists’ lifecycle analysis found that, in the US, battery electric cars generate half  the emissions of the average comparable gasoline car. A lifecycle analysis model used by the state made similar findings.

Second, the state has spent millions on electric car purchase rebates and wants to do more. Proposals have been made to fund the rebate program with up to $3 billion.

Third, investor owned utilities (including PG&E) have proposed investing over $1 billion in new transportation electrification projects. The Public Utilities Commission will decide soon whether to approve the projects and the recovery of costs through electricity rates.

Even if the state enacted a ban next year, it likely would not go into effect until at least 2030. However, it would immediately shift the planning of all major automakers, because California is such a large part of the US market. This could help California achieve its goal of 1.5 million zero-emission vehicle purchases by 2025.

California has identified zero emission electric cars as the market winner. Californians will continue to subsidize both utilities and automakers to ensure a viable market.  Let’s hope our investment pays off for our well-being and for the well-being of the state’s economy.