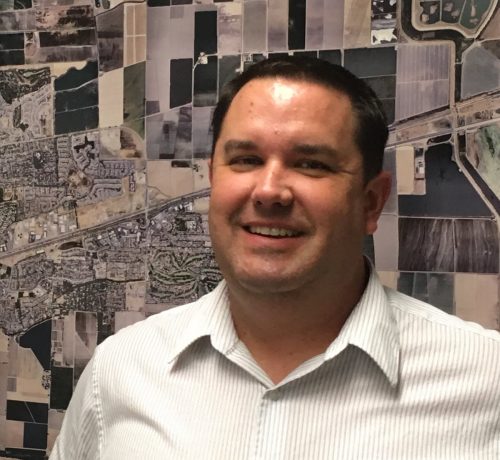 In 2006 when the Davis City Council abruptly fired City Manager Jim Antonen, they quickly named long-time Planning Director Bill Emlen to be interim city manager and about six months later named him as permanent city manager.  He would remain in place until September 2010, to this day the longest-tenured city manager in the last 20 years.

Since then it has been a merry-go-round with City Managers Steve Pinkerton and Dirk Brazil, and interim City Managers Paul Navazio and Gene Rogers.

It was just over two weeks ago that Dirk Brazil announced he would retire, effective in January.  It took the council all of three meetings to name his permanent replacement, assuring a line of succession would be in place and the transition would be remarkably seamless.

It was April 2013 that Planning Director Ken Hiatt announced he was leaving for Woodland and the city of Davis brought back Mike Webb, who had left in 2012 to work for the city of Placerville’s director of development services, to take his place.

Clearly, Mike Webb was an easy choice for the council to make.  Three members of the council issued public statements in support of the hire, which was unanimous.

Lucas Frerichs posted on Facebook, “While I’m saddened to see Dirk Brazil retire, I greatly appreciate and thank him for his service.

“However, we couldn’t have selected a more eminently qualified candidate (internal or external) to serve as Davis’ next City Manager, than Mike Webb. Mike is fantastic; I’m looking forward to seeing what he has in store for our community.”

Rochelle Swanson said “Mike has been a leader and convener for a long time. I’ve been lucky enough to work with Mike in many roles – applicant, colleague and Council. He is consistent, transparent, kind and professional. He doesn’t just talk, he walks the walk. I look forward to watching him shine among his peers in the region.”

As I reporter, I greatly appreciate his accessibility.  I have emailed him for information on a regular basis and he has always patiently answered my questions or directed them to staff.  Often I am amazed at the hours and speed at which he has returned emails.

With that said, the conversations I had in the community were more circumspect.  No one could say a negative about him personally.  However, there are questions about his background on issues of finance.

Generally speaking, city managers need to be well-versed in either land use or finance.  One of the criticisms of the current city manager has been his lack of background in either.  There is little doubt that Mr. Webb has a good background in land use planning – although some will naturally take issue with some of the projects the city has backed, but there are certainly questions about how much he knows on the finance front.

In fairness, we have not really had a chance to see him in action and so this is all speculative.  However, it does bring up the point that I have raised a few times – that the city really is in need of a strong finance director, something that it has really not had since Paul Navazio left to become Woodland’s City Manager.

When I inquired with some of the council, many pointed to Mr. Webb’s experience.  Throughout his tenure as Assistant City Manager, I have heard consistent praise for the hard work he has put in.

Other points have been his understanding of regional importance.

They have also pointed out that, while he is mild mannered, he is also an effective leader.

Nevertheless, between the decline of retail nationally, the city’s ongoing revenue shortfalls and the ambitions of the university under Gary May to develop a regional university-based innovation center, economic development – along with housing and the budget – figures to be among the top three issues.

Yesterday I was told that, while he understands the need for economic development and supports it, he has yet to be supported to actually do it – and being hired as city manager with the backing of this council he will now be free to pursue it.

If that is the case, then I would welcome this development.

The challenges that the next city manager will face are obvious.  The issue of housing is not going away and, in fact, figures to continue to intensify as the demand for housing locally increases while the supply is relatively locked into place.

The university is planning to move to the EIR phase of their Long Range Development Plan and the city has a low vacancy rate of 0.2 percent for rental housing and shortages in work force and family housing as well.  With stringent land use policies like Measure R, the city will need to get creative in how it meets the growing needs of students and also workers in town.

These are all issues within Mr. Webb’s expertise.  The question is how he will handle issues outside of his background and experience.  Two of those are the aforementioned budget issues, with also the growing concern over police oversight and social justice.

These are challenging times, and the advantage that the city has right now is that it has the successor to Dirk Brazil in place.  It was an easy decision from the council’s perspective, and they can effect a smooth transition.

15 thoughts on “Commentary: Mike Webb an Easy Call for the Council”