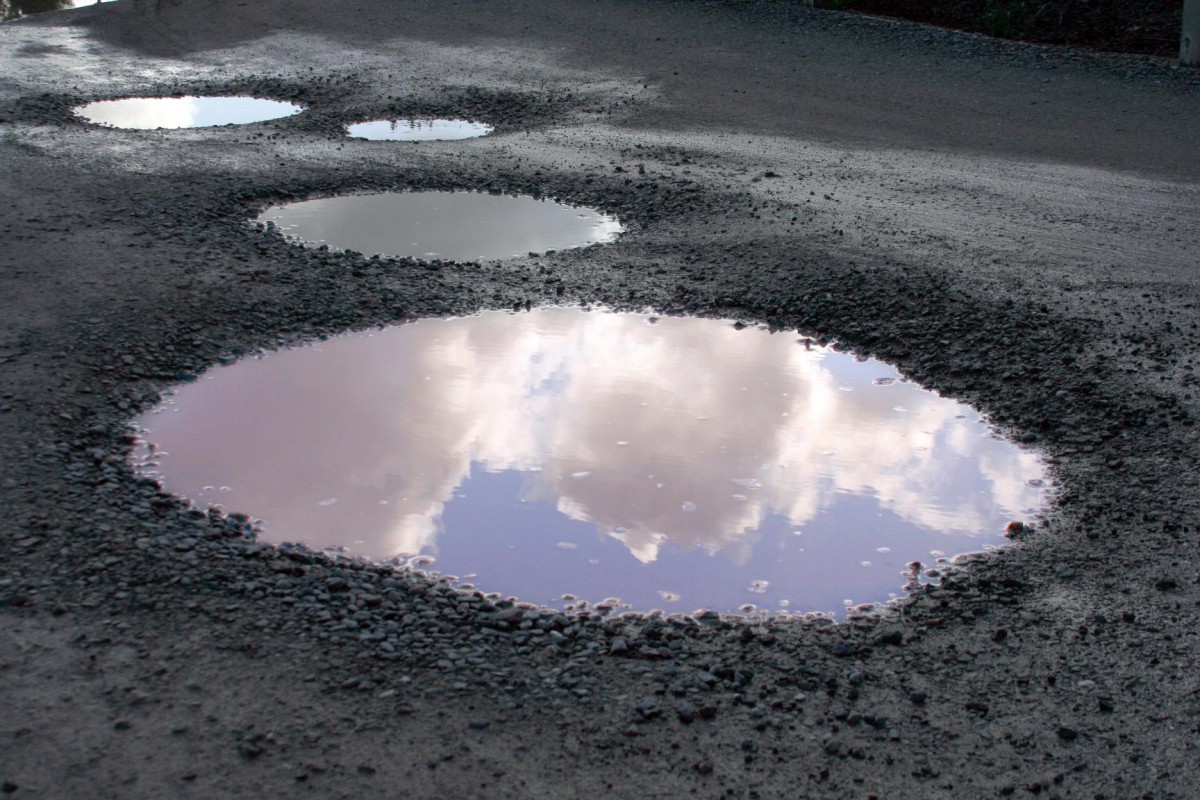 Council will be looking to potentially put a revenue measure on the ballot.  Staff is requesting authorization to proceed with citywide polling similar to what was conducted in 2014, which eventually convinced the council not to attempt a revenue measure for November 2014.

In the spring of 2014, the city commissioned a poll at a cost of $25,000.  Staff does not have specific quotes at this time, but believes that a similar poll would cost roughly the same.

Here are some potential measures and revenue projection that the city would look at:

Back in July, council had a discussion of various options.  Council, at the time, “directed staff to remove the option of a sugary beverages tax as a revenue measure and continue it on a separate track as a policy discussion.”

In July, staff writes, “collective City Council comments indicated greater interest in a parcel tax, as opposed to a utility user tax, however both options were left on the table. Council members at that meeting and subsequently have suggested different amounts and purposes for a possible parcel tax…”

Here are some of the options on the table: 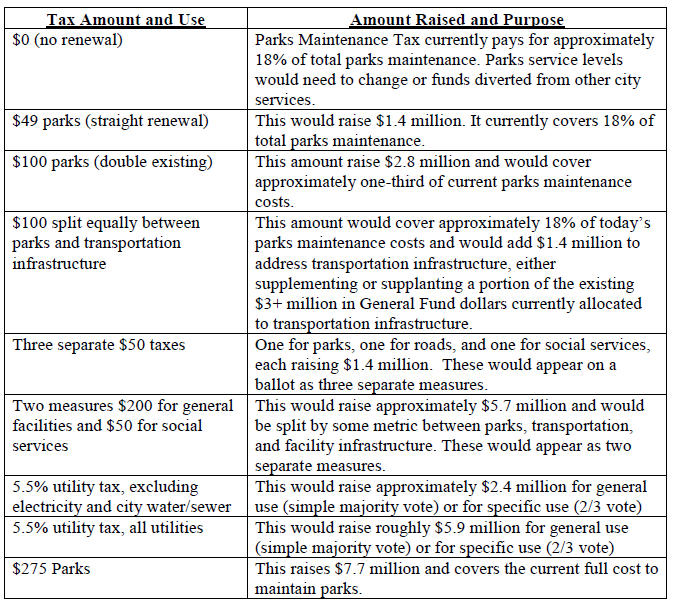 Staff writes, “In addition to amount and purpose of a measure, Council will also want to consider the clarity and ease of the message of the ballot measure – how easy will it be to inform a citizen about the purpose of the measure? Are there certain groups in the community who want the measure and are willing to champion it? Does the City Council want to create a separate oversight committee, use existing bodies, or assume responsibility for oversight itself?”

Staff writes that it is still in the process of researching measure options, but “believes a citywide poll would assist in informing both staff and the City Council of current community sentiment for types of measures and measure amounts.

“With results in hand, the City Council will be able to make a fully informed decision by the early February deadline about the best course of action for the June ballot as relates to a revenue

The city last performed a citywide poll in June of 2014. At that time, “the pollsters asked 504 Davis residents a variety of questions to gauge citizen satisfaction with city services. A subset of voters were also asked their level of interest in hypothetical ballot measures. The poll was structured to last twenty minutes.”

If the council is in favor of polling now, “staff requests feedback from the Council related to the scope of potential questions.”

Staff asks about the following questions:

If the city proceeds, “staff estimates two months to select a polling company, develop questions, complete the poll and return to the City Council with results. Given holidays and the Council schedule, this likely means staff would present the results to the Council no later than the first meeting in January, allowing a few weeks before the Council must make a final decision about the June election.”

21 thoughts on “Council to Consider Poll For Revenue Measures”