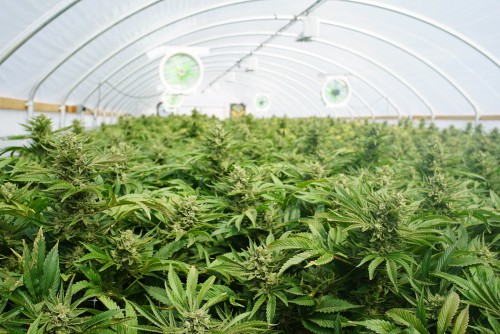 Sheriff Ed Prieto told the Board of Supervisors “there are lots of concerns about the illegal grows in Yolo County and we’ve received many complaints and concerns.”  He said in the past few weeks the sheriff’s department has served nine search warrants.

He said, “We’re being very vigilant about those that are illegal.  We’re taking an appropriate course of action.”  He estimated that they have confiscated or destroyed over $14 million worth of allegedly illegal cannabis.

The sheriff made it clear: “We are not… the Yolo County Sheriff’s Department is not going to allow and we’re going to stay extremely vigilant to the illegal grows and make sure that we take the appropriate course of action.  Hopefully if we continue doing this, the illegal growers are going to decide to stop or go to another county.”

Undersheriff Tom Lopez said they “basically waited on the sidelines until policy was in place, we’re chomping at the bit to get started.  Once we felt the comfort zone was there, we started taking enforcement action.”

He confirmed nine search warrants were served and it took considerable manpower to safely eradicate the crops.  Thirteen individuals have been arrested so far in the searches, for a variety of crimes, and most of them were conspiracy, cultivation, violation of court orders, possession for sales.  “The more dangerous parts of it were the felons that were on the scene with ammo and with weapons,” he explained.

He said they are not into the court process yet, but they have many more search warrants in the queue.  He anticipates that, following the processing of the paperwork for these, they will go out

with the next batch of search warrants and serve those.

Supervisor Don Saylor asked if they are seeing more illegal marijuana cultivation now than in the past.

The undersheriff responded, “I think what we’re seeing now is the illegal cultivation more out in the open than in the past.  They used to be hidden in people’s corn fields and up in the mountains and along areas that have water sources.  Now we’re seeing cultivations that are next to residential areas and along roadways.”

He said, “I think there is a misnomer that people think that they can grow – and they can’t without the permitted process.”

Sheriff Prieto said, for a while after Proposition 47, they perceived most of these crimes as misdemeanors and a lot of time and effort for not a lot of result.  But now they are motivated to respond to crack down on the illegal cultivation.  “We’re going to continue responding to make sure that illegal growers go to another county,” he said.

Supervisor Matt Rexroad was supportive of the effort.  “Thank you for slamming these illegal grows, this is exactly the right thing to do.  It sends the right message.”  He said, “I think that the media coverage that you’ve gotten has helped send that message loud and clear.”

Supervisor Rexroad also supported the notion of going after the landowners.

“That’s the way that we’re going to shut these down, is by the landowners … having a lien for $50,000 for the sheriff’s time to come in and enforce your illegal grow…  I want that penalty to occur if it’s available for us,” he said.

County Counsel Philip Pogledich noted that a lot of the enforcement action that has occurred is not going to be reinforced through the current fee structure.

Supervisor Rexroad acknowledged it wasn’t available now, but asked if they had the ability to be compensated for the sheriff’s time and expense by the landowners.

“Quite possibly yes,” Mr. Pogledich responded.  “I’m hedging a little bit because it’s not a matter of settled law but there is an argument, and to my mind it’s a good one, that we can charge somebody who’s intentionally violating the law…  for the costs associated with law enforcement.”

“The way we shut them down is to charge them,” Supervisor Rexroad said.  “I want to do that.”

Undersheriff Lopez added, “Once the case is adjudicated, we can look at asset seizure.”

27 thoughts on “County Board of Supervisors Receives Report on Cannabis Enforcement Actions; Pushes for More”