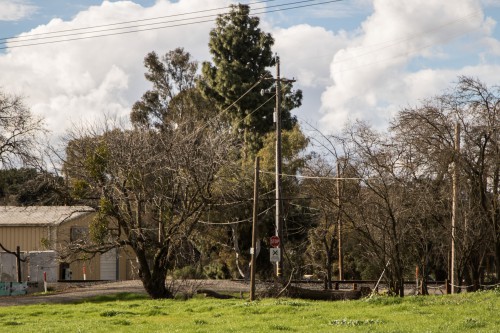 When Thomas Cahill laid out his concerns about Nishi in a recent op-ed in the local paper, he cited among other things new data showing that diesel from trains “is six times more toxic than diesel from trucks, or data on ultra-fine metals from brake debris connected to a 35-percent increase in fatal heart attacks in Bakersfield.”

While we remain skeptical of these claims, particularly in light of changes to the project that would make Nishi all rental and would therefore shorten the residency stay of the tenants on the property, new state regulations may also mitigate some of Dr. Cahill’s concerns.

The Sacramento Bee rolled out a story Sunday which reported, “The cleanest and fastest diesel locomotives in the country began rolling on rails in Sacramento and through California last week, but unfortunately for railroaders, the new machines aren’t allowed to travel anywhere near their 125-mph top speed.”

The Charger locomotives, which, according to the Bee, cost nearly $7 million apiece, are “are among the first locomotives nationally that meet federal 2015 emissions requirements, called Tier IV

standards. The new limits cut particulate matter emissions by nearly 90 percent compared to many older locomotives built before 2000, according to the federal Environmental Protection Agency.”

“They are cleaner, and more reliable,” he said. “They have faster acceleration, higher horsepower and improved braking.”

The Bee continues, “Statewide, officials plan to integrate more of the locomotives into their fleet of Amtrak-operated trains over time, part of a push to dramatically increase ridership through 2040. A draft 2018 State Rail Plan published this month set a goal of upping passenger rail travel from 0.34 percent of all trips in the state to nearly 7 percent in the next two decades. That involves investing as much as $85 billion in upgrades in that time period.”

If that is the case, some of the concerns raised by Dr. Cahill could be mitigated simply by the integration of cleaner diesel-locomotives occupying the tracks.

What remains unclear is how high an exposure rate people who live next to Nishi actually receive.

Dr. Cahill in his piece asks that “Ascent Environmental include ultra-fine metal measurements as part of its draft EIR addendum.” He says “to pull this off in this rushed time frame, everybody has to be on board.”

He suggests, “The UC Davis DELTA Group (Detection and Evaluation of the Long-Range Transport of Aerosols) could provide two calibrated continuous nine-stage DRUM samplers, EPA-approved for our study in Detroit, including an ultrafine stage, for a five-week study, mid-December to late January.

“The UCD DELTA Group and my campus colleagues would provide Ascent with personnel trained in use of these samplers. The developer could provide small equipment shelters (we can provide a design) and power (circa 1 kw) to two sites, one in the middle next to the proposed housing, and the other toward the east end of the development.”

He then suggests, “The Davis City Council could postpone the vote until at least the fall ballot, ideally later, to allow Ascent to draft the research report and a research article suitable for publication in a major peer-reviewed journal. This is the best way I can see to avoid another divisive environmental conflict.”

Others, however, believe that by employing the mitigation techniques recommended by Dr. Cahill and eliminating long-term for-sale housing, the risks of health impacts would be greatly reduced.