The Davis City Council has already approved the Sterling Apartments, it is set to hear Lincoln40 and, last week, the council agreed to move forward with the application of Nishi.  All told, those three projects figure to provide housing for over 4000 students and to close the housing gap between what UC Davis is willing to commit to on campus and what we need.

As we pointed out in August when evaluating the Lincoln40 Traffic Analysis, there was not enough analysis or attention given to the fact that, while Lincoln40 may put 800 or so more residents on Olive Drive, most of those individuals will be walking or biking to campus – not driving.  And so, the result may be to reduce the impact on the Richards-Olive intersection rather than increase it.

It is common sense to understand that putting more student housing in town and next to campus, the campus will reduce GHG emissions and therefore its carbon footprint.  But if you look at the Campus Travel Study, you will see just how stark that data actually is. 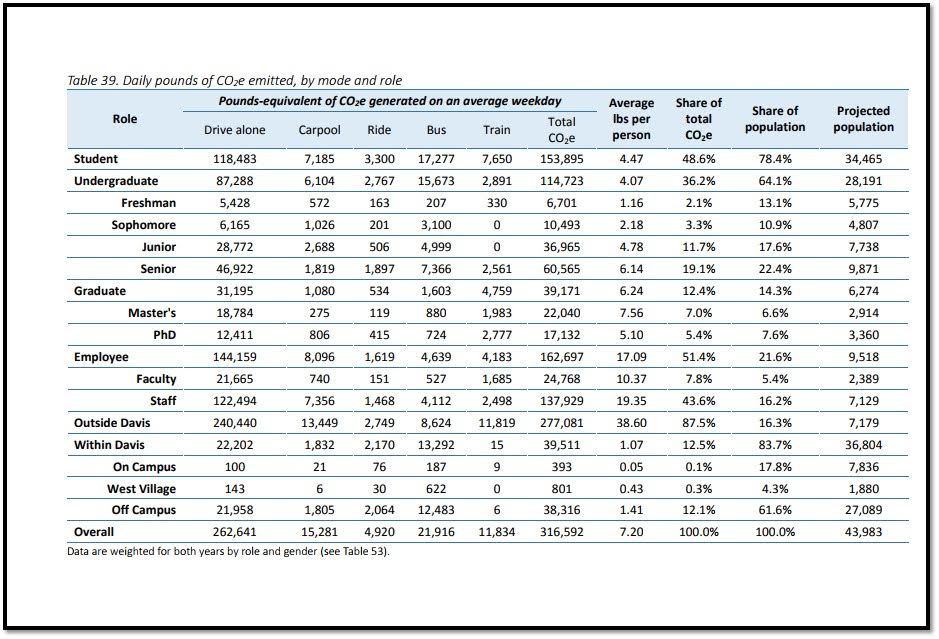 This is a chart that we have not previously shown, which estimates the amount of CO2 emitted by mode and role. 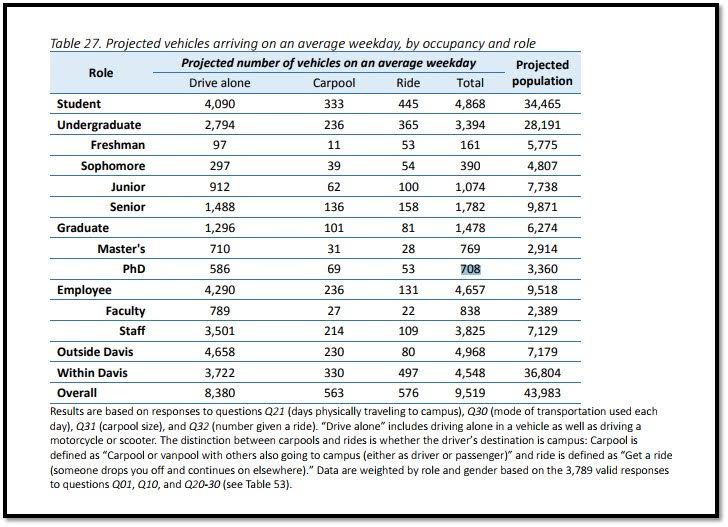 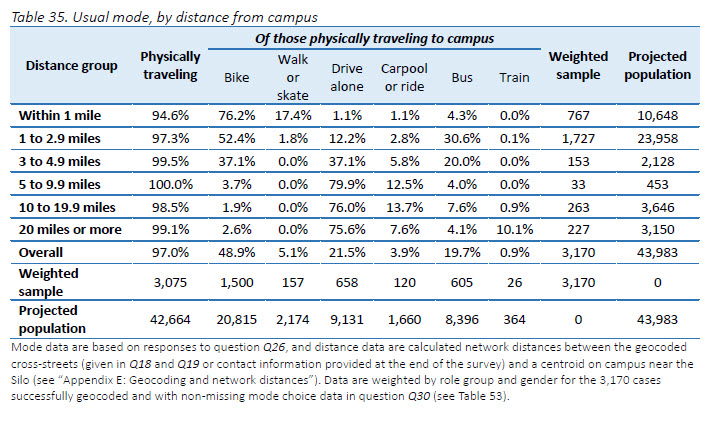 But we can actually drill down deeper.  If we look at the numbers, both Lincoln40 and Nishi should have driver behavior as if they were on campus.

Those who live within a mile of campus – almost 94 percent of them walk or bike and only 1 percent of them drive.  Almost no one who lives at Nishi is going to drive to get to campus.  It is easier

to bike or walk from Nishi onto campus.  A small percentage will take the bus (about 4 percent).

That is a far cry those who live beyond five miles from campus, where more than three-quarters will drive alone and upwards of 90 percent will either drive alone or carpool.

The bottom line is clear here – if you wish to reduce traffic impacts and GHG emissions, putting housing at Lincoln40 and Nishi would be a huge plus.

Now of course, those who believe that the campus should be providing all of the housing would counter that the same benefits and then some would be held by putting the housing on campus.

Cannot disagree on that point.  But several points now weigh against the campus housing-only option as the necessity.

First, it is not clear that putting housing at West Village, for instance, has inherent benefits over housing at Nishi, and to a lesser extent at Lincoln40 in regards to traffic impacts and GHG reduction.  It is not clear that West Village is closer to the core of campus than either Lincoln40 or Nishi.  And, from the travel survey data, it appears that anything within a mile has similar impacts of low drivership and higher bike and pedestrian travel.

Second, as we have pointed out a number of times, the campus has only agreed to add 6200 beds on campus.  That will take the campus population to about 40 percent of total students living on campus.  The city of Davis and others have argued for an additional 10 percent of students housed on campus which we estimate at around 3800, or a total of 10,000.

The university launched its Long Range Development Plan (LRDP) in the fall of 2015, it figures to take it to an EIR in January 2018, the city of Davis, Yolo County, student groups like ASUCD, various activists, and such have argued for additional on-campus housing – and all UC Davis has agreed to do is to consider going to a higher number as individual projects come in.

The bottom line is that, while the Vanguard continues to support a 100/50 plan, realistically that does not appear likely at this point in time.  The city now has several active proposals for additional housing and that additional housing would help to improve the vacancy rate, while also reducing the amount of traffic clogging Davis’ streets each day and the overall carbon footprint of the campus.