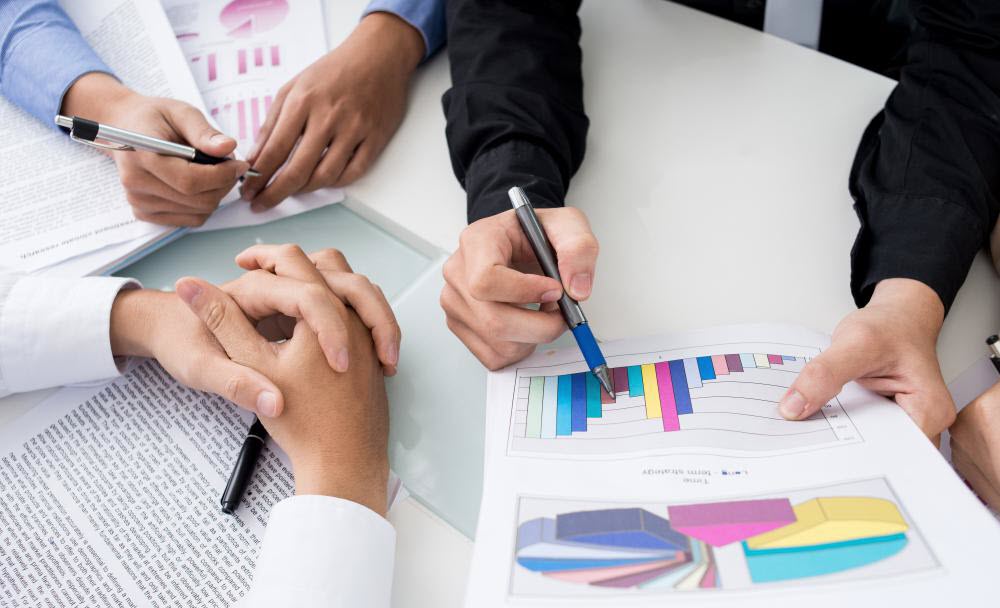 A recent conversation about the fiscal impacts of the student housing project prompted a poster to basically assert that housing costs for the city eventually exceed property tax revenue.

The reality is that housing costs ALWAYS exceed property tax revenue, but property tax only represents about 35 to 40 percent of total revenue from a project.

The bigger picture is the ongoing myth that housing projects are eventually fiscal losers for the city – as I will show you, that is simply untrue and the reality is not only far more complex, but also has a number of moving parts.

To illustrate the issue I have pulled a recent project fiscal analysis for Sterling Apartments.  Sterling, of course, is interesting because, in a way, it actually understates the fiscal benefit of housing projects.  That is due to the fact that it has onsite affordable housing, which means that a portion of the property actually generates no property tax.

The above chart is derived from the city’s fiscal analysis.

As you can see this looks at the impact of the first 15 years.  And we can see a number of interesting features.

First the assumption is that, by year three, build out is largely completed.  After year three, revenues are projected to increase by 1.91 to 1.96 percent annually while expenditures increase at more

At this point, I’m going to make several arguments that say that this project is a net fiscal benefit to the city – period.

First of all, just taking this chart at face value and agreeing with the revenue and expenditure forecast assumptions, I will argue that the project basically pencils out.  You have a project that in year 15 is a negative $10,000 in net revenue – that’s essentially fiscally neutral at that point in time.

But there is a more fundamental question here which is: at what point are we really going so far out that we are no longer measuring the impact of development itself?  But I digress, because there are more critical points still to make.

Second, the fiscal analysis here is actually pretty conservative in that it assumes a 4.1 percent annual increase in the cost to provide city services.  That is what those expenditures actually are.  Nearly 60 percent of the costs are for police and fire – and the assumption here is not only that compensation is going up but that the project is actually measurably increasing demands for services.

As we know from the discussion around Nishi, the building of Nishi was not going to add a single fire person or police officer to the city – so there is a real question as to whether these are even real numbers.  If they are theoretical numbers, then you are basically creating a hypothetical fiscal analysis rather than a real one that measures real costs which would be added to the general fund as the direct result of this project.

Third, along the same lines, I think we have to wonder exactly how realistic the 4.1 percent expenditure increase actually is.  To analyze that, we can look to Bob Leland’s April presentation to the city council.

In his presentation he found that general inflation is increasing at about two percent per year, slightly lower than the more traditional three percent. His model will assume about a two percent annual COLA (cost-of-living adjustment) over time.

Mr. Leland projects that the growth rate in salaries from 2001 to 2036 would be about 2.76 percent per year. The current decline in salaries is not going to continue, he reasons. He believes that vacancies will be filled and labor agreements will take into account cost-of-living increases over time.

Which one is right?  As one person told me, the only thing we know for sure about projections is that they will be wrong.  However, this exercise I think is helpful, because it gives us a range now as to what we can expect.

One of the keys to making housing and other projects pencil out is cost containment.  And the reality is – as we learned with the 2004 sales tax increase – even a pure revenue measure is only as good as your cost containment.  The 2004 sales tax increase, for instance, generated a gross of $3 million, but by 2006 all of that revenue was offset by increases in salaries from the MOUs that the council agreed to.  So the net fiscal benefit of the tax actually became a negative because the tax enabled the council to agree to massive salary and benefit increases.

The projections, therefore, show us that if we adhere to the Bob Leland’s projections – even in year 15 when the impact of a development is dubious at best – the project on paper is in the black.

Finally, looking at annual impacts might not be the best way to assess the impact of a project anyway.  So, in the chart, I create another row called cumulative total.  What it shows is that just looking at ongoing costs and revenues, the project by year 15 is still, in total, a positive half million for the city coffers.

But that only looks at one end of the equation.  The staff report on Sterling notes, “The development will also generate a one-time fiscal benefit to the City of $3.2 -3.3 million in construction tax and development impact fees revenue.”

So, even if you believe that by year 15 the project is doing more harm than good to the community, the total benefit to the city from start to finish approaches $3.9 million even in year 15.

First, the revenues here do not suggest that the city should be looking to housing developments as a source of revenue.  What they do suggest is that about 10 years or so ago, the city became much more careful in how it conducted its fiscal analysis on housing and in making sure that projects pencil out – and I think, based on my closer scrutiny of Sterling, that this project more than pencils out.

Second, cost containment is probably the most important thing that the city needs to do in the next few years, as it will not overcome the current functional deficit but will allow other measures to work to do just that.

Third, I would be careful when making blanket statements about development projects penciling out –they are much more complex than people think.

Fourth, I think we need to do a full analysis of the impact of the university building large-scale housing on campus and what the fiscal impact of that will be on the city.

Pretty much the only revenue the city might get from students living on the UC Davis campus is sales tax.

The sales tax generated from Sterling is only projected at about $133,000.  If the university were to add 10 thousand students to campus they would probably add retail and restaurants to serve them, which would cut somewhat into the benefits the city would receive.

On the other hand, a lot of the cost projections for public safety will be felt regardless of whether the residents are technically in the city or not.  It is something to at least analyze.

34 thoughts on “Sunday Commentary: Are Housing Developments Net Fiscal Losers for the City?”