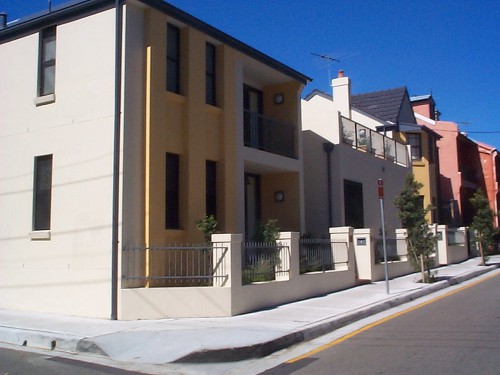 In the year 2000, after a decade of large scale peripheral growth in Davis, the voters narrowly said that they wanted to have a say in all future peripheral projects and they backed Measure J, mandating that all conversions from agricultural land to urban uses require approval from the voters.

The people of Davis then backed that anti-sprawl sentiment by soundly rejecting the first two such projects – the 2005 Covell Village and the 2009 Wildhorse Ranch.  In addition, last year (2016) the voters also narrowly rejected Nishi.

With peripheral development largely precluded by the combination of Measure J/R and the inclinations of the majority of voters, many have argued that if you are not going to grow out, you must grow up.  But infill presents its own challenges – neighbors wishing to minimize impacts will often organize in order to oppose a project altogether, or attempt to reduce the impacts on their homes, neighborhoods, and ways of life.

In a very real sense, the battle over infill figures to be much more intense than the battle over peripheral development.  And, while each of the three ballot measures have generated controversy and acrimony, infill has a much more direct impact on residents and pushes development much closer to existing residents and neighborhoods.  The potential for heated battle is a lot higher.

from the 2010 election until after the 2014 election, the issue of growth was largely off the radar.  The consensus seemed to be that peripheral growth was disfavored by the voters, and we should focus on infill.  And with the economy down, there was not a huge amount of infill.

The big exception to that was the 2013 Cannery project that was approved by a 3-2 vote, but that was almost a peripheral project which just happened to be in the city limits and did not require a Measure R vote.  There weren’t many adjacent neighbors that would be closely affected.  The 2009 Wildhorse Ranch vote during the heart of the recession was bitterly contentious and overwhelmingly defeated, as it was poorly timed at a time when the housing market was still collapsed.

However, since 2014, the issue of growth has renewed its force.  The biggest impetus has been the expansion of the university combined with a low percentage of on-campus housing (29 percent) and a low vacancy rate in the city of Davis.

Beginning in late 2015, the university embarked on its new Long Range Development Plan (LRDP) and, with community pressure mounting to get on-campus housing percentages on par with other universities, UC Davis has agreed to grow to 40 percent (an additional 6200 beds) but not 50 percent (10,000 new beds).

That has left a gap that the market is now taking up.  In addition to a new 2600-bed proposal at Nishi, there are several infill apartment projects which have cropped up.

The dilemma that Davis now faces is that, due to Measure R policies, it is very difficult to get peripheral projects passed.  Can Nishi become the first?  That remains to be seen.  It would appear on the surface that Nishi has addressed two of the major concerns (traffic and affordable housing) that led to its 2016 defeat at the polls.  Will that be enough?  We have seen a limited pushback on the issue of air quality, but we have no way to gauge whether that will be sufficient to defeat the project.

The discussion on infill remains contentious.  Neighbors pushed back against the Hyatt House hotel – it was ultimately approved by council, but downsized.  The council approved a downsized Sterling Apartments after neighbors expressed concern over traffic and visual impacts.  Neighbors are also pushing for a downsized Trackside Center, which is scheduled to go before council next week.

Residents have pushed back on proposed medium- to high-density student apartments, calling them megadorms.

Critics have argued that these “mega-dorm” projects include “hundreds of apartments designed specifically for adding 4,500 – 5,000 or more students in the City, but would not help with the market-rate housing needs for our community’s families and workers. These projects including Lincoln40, Plaza 2555 in South Davis, and now Nishi would be predominately 4- and 5- bedroom enormous apartment suites. Generally, each bedroom has an individual bathroom.”

They continue, “Since these mega-dorms use a rent-by-the-bed format targeting students, this is not a design that works for families and local workers.”

Critics instead want more student housing to be placed on the UC Davis campus, something that UC Davis has resisted.  To date, the university is planning to go forward with its EIR for 6200 new beds.  It does not appear likely that it would go to the 10,000 needed to really increase vacancy rates in the city.

And this is the dilemma that the city faces – with dwindling available parcels in the city, and the general lack of availability of peripheral lands for development, the city is faced with the prospect of having to build up.  But building up leads to conflict between both slow growth advocates as well as existing neighbors.

The advantage of these student housing complexes is that they can put a good amount of students in a limited size footprint.  In theory that could open existing housing for families, and at the very least alleviate the low vacancy rates that are having detrimental effects on students.

What we have seen now in the last three years is that the demand for new housing is generating a lot of new proposals.  But it is also creating the incentive for developers to push maximum density.

Ultimately the council becomes the arbiter here.  What we have seen is that the council definitely favors new housing at this point, but is acting as a buffer.  For example, the small Paso Fino development had several questionable elements to it in addition to impacts on the neighbors.  There were concerns about the use of a city-owned greenbelt and the removal of trees, and the council pushed the size of the project down – in fact, way down.

Likewise, the council reduced the size of the Hyatt House and Sterling Apartments projects, and it will be interesting to see what happens with Trackside (with strong neighborhood resistance – as opposed to Lincoln40 which has some resistance from the neighbors, but nothing really organized).

This tension will also play into the next Core Area Specific Plan as the council and city are likely to see mixed-use development in the downtown as a way to maximize the use of existing lands.

The question at some point is, will something give?  Will the community agree to some Measure R projects to take the pressure off existing neighborhoods?  Will the voters ultimately modify or eliminate Measure R if housing needs become impossible to meet?  None of that is clear at the moment.

What is clear is that, as long as there is demand for housing, developers will find a way to put up proposals that maximize density even in existing neighborhoods.  If you won’t grow out, the pressure to grow up will increase.

14 thoughts on “Commentary: The Battle of Neighbors vs. Densification and Infill”