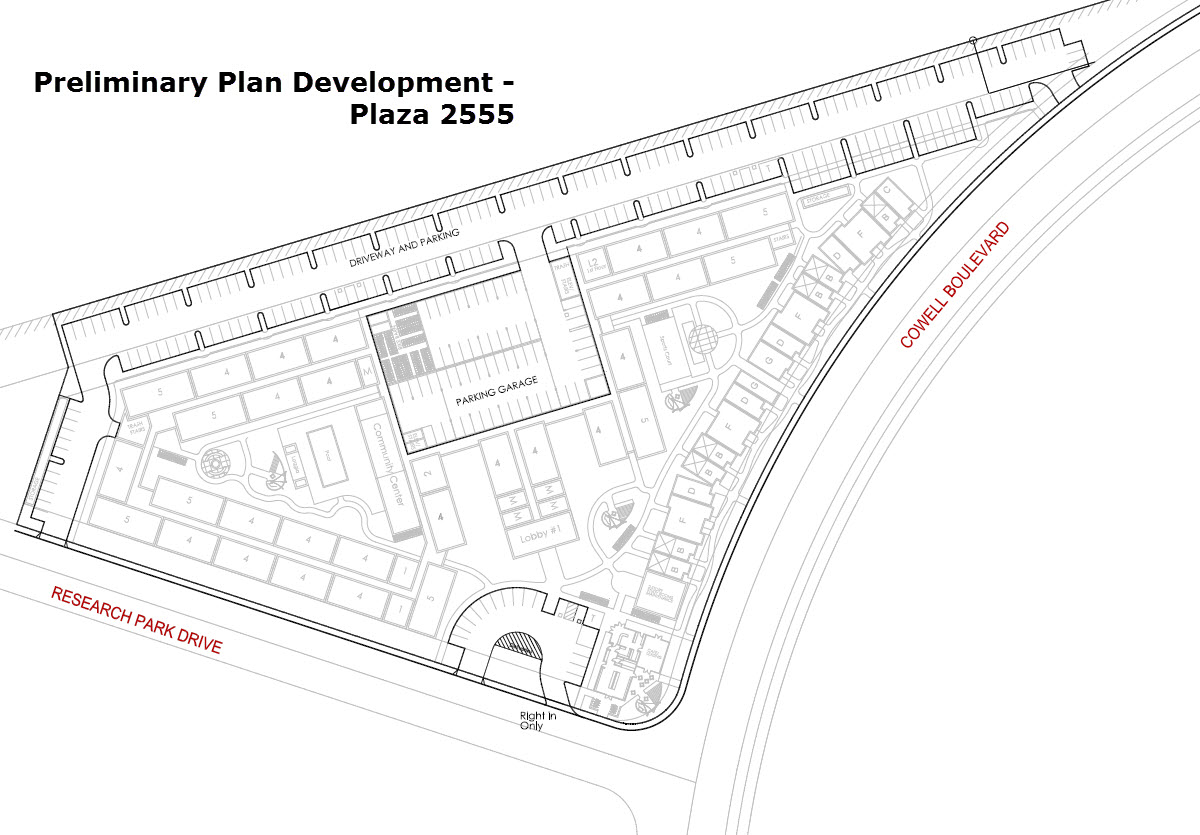 The Vanguard met recently with the developers of Plaza 2555, a proposed roughly 200-unit apartment building in South Davis along Cowell Boulevard and Research Park Drive, in a triangular lot across from the Playfields Park.  While some have called this a “mega-dorm” or viewed it as strictly student housing, there are a lot of different types of housing that will be addressed in the project site.

The developers warned that, while there is a project description and diagram, it is very preliminary.  Their goal is to get the land use change approved first, and then come back with specific proposals that they believe will change over time according to feedback and city needs.

Currently the project would construct no more than 200 apartments (and row houses) of varying sizes and configurations on two vacant parcels totaling about 6.5 acres.

According to their project narrative: “Approximately 5.5 acres of the site would be developed into a combination of row-house style buildings, each containing several apartments and separated by landscaping, and flat units along corridors. This design allows for an active street front with a variety of elevations facing Research Park Drive and multiple unit types.”

configuration, however, as they spoke to people at Rose Creek and Green Terrace, adjacent neighborhoods, as well as those involved with the Playfields, the biggest concern was that the project not shortchange residents on parking and therefore lead people to have to park in adjacent areas and walk to and from the project site.

Overall, the project would include a mix of micro flats, 1-bedroom, 2-bedroom, 3-bedroom, 4-bedroom, and 5-bedroom apartments in a total of about 200 apartments.

It is anticipated that there would be roughly 554 student-oriented beds.  However, unlike at Sterling and Linconl40, these units would be rented by the unit rather than the bed.  The developers believe that their project may be more conducive to student groups than individual students. 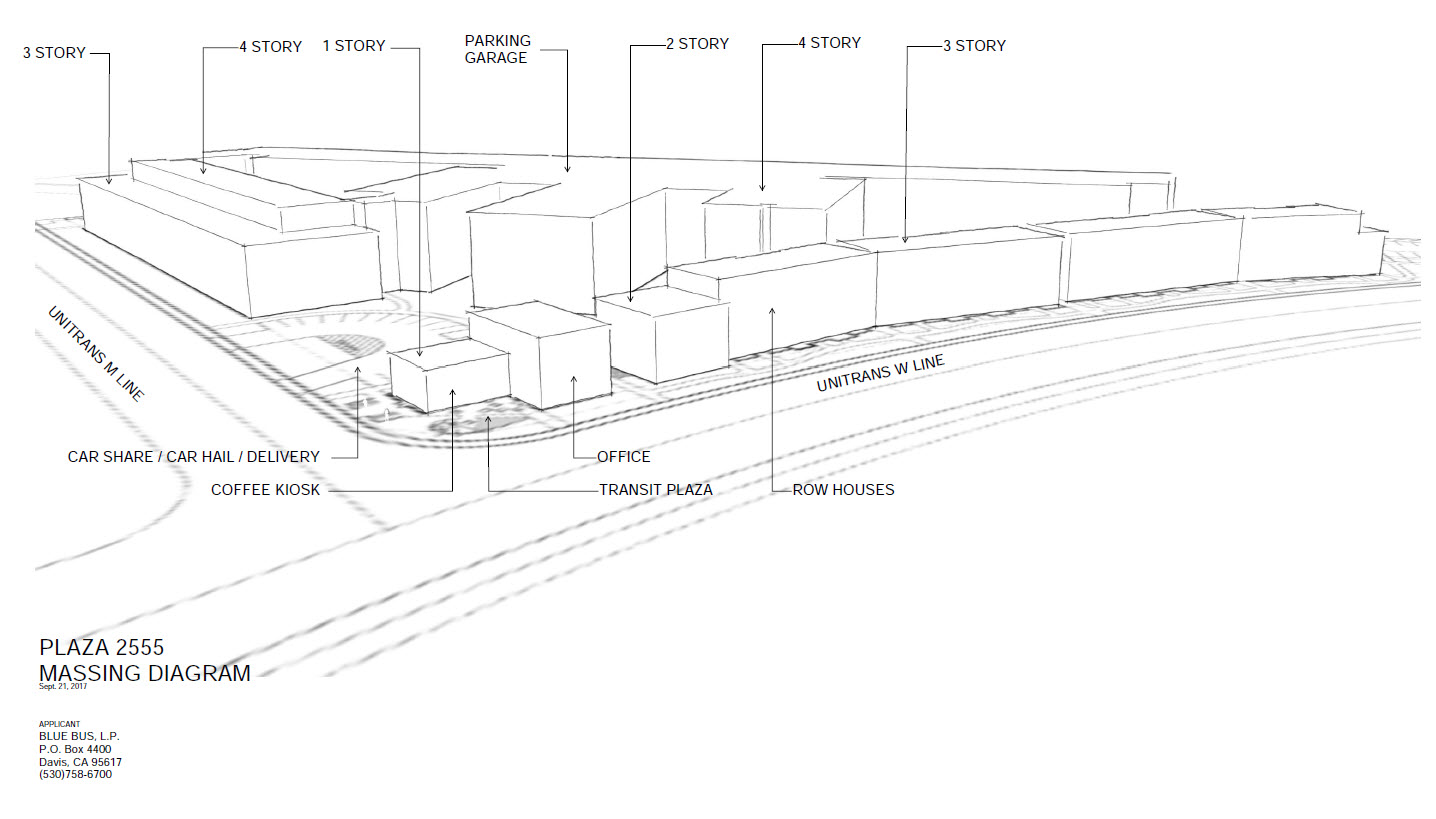 Ashley Feeney told the Vanguard, “Plaza 2555 is going to be rented by the unit instead of by the bed. They could rent to anyone. The four- and five-bedroom units are anticipated to be more student oriented by their nature though families could rent them.”

The developers note: “The project is aimed to provide a solution for unmet local housing needs, including smaller-sized rental housing. Studio apartments represent only 3 percent of the apartment units in Davis, and no smaller apartments, other than a few senior/handicapped units, have been built in years.”

They add: “The Plaza would offer a new housing option for Davis: affordable-by-design micro flats of about 360 square feet each.”

They further note: “These micro flats will have full kitchens and be fully handicap accessible. We believe there is a need for such dwellings and that they are a unique opportunity for a resident with a first ‘real’ job to live without roommates.”

The project is proposed to be built as a LEED GOLD for homes certified project.  The plan is for the buildings to be at least 15 percent more energy efficient than required by Chapter 6 of Title 24. Furthermore, the buildings and landscaping would be designed to use 25 percent less water than the average household uses in the region.