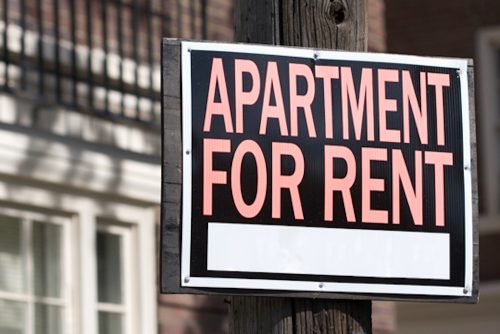 The Vanguard has gone round and round on the issue of student housing in Davis, and recently some have suggested that we ought to be wary of building too much additional housing due to the fact that the housing market collapsed following the 2008 recession and collapse of the World’s Financial Markets.

In his recent column in the Davis Enterprise, Rich Rifkin noted that back in 2005, he wrote a column that the market which had increased by 20 percent three straight years, “was unsustainable.”

He noted that prices in Davis would peak in 2007 and then drop substantially following the recession.  He also added, “most Davis homeowners did not get crushed by the Great Recession. Our local market was not terribly overbuilt, and few buyers in Davis were foreclosed upon.”

By 2014, prices for homes had recovered and today they are back at an all-time high.

Mr. Rifkin warns, “It’s not certain that prices in Davis will suddenly and dramatically decline. It’s possible we hold steady in the next several years.”

But at the same time, he notes: “The main reasons home prices in the Sacramento region have escalated so rapidly the past three to four years are the historically low interest rates and the historically slow growth of our housing supply. We haven’t had a recovery in the last 50 years with so few new homes and apartments being built in our area.”

He concludes: “Considering the anti-growth feelings in Davis, it’s unlikely new housing starts will be the cause of our home prices falling.  But lack of affordability, rising interest rates and

Trump’s tax grab suggest that home prices in Davis are now too high, and a crash is not unthinkable.”

But the experts do not necessarily agree with Mr. Rifkin and I would argue that it is a foolish strategy to deny housing when there are clear and urgent needs in the community now.

In particular, I would warn that the cause for the housing market collapse in 2008 was not due to local factors, but rather would I would call the result of an exogenous shock, where the financial system collapsed and the previous system was delivered a crippling blow.

But even then, once the economic collapse abated, housing prices returned to their previous trajectory and for the most part, I would argue that is due to the slow growth of our housing supply – not just in Davis which has been artificially depressed due to growth control measures, but across all of northern California.

This is not just with the single-family, owner occupied housing, but has bled into the multifamily housing market as well.  Experts warn that  “There’s nothing to suggest that the region’s red-hot multifamily market will cool down any time soon.”  That is according to Tony DeLoney, quoted by Ben van der Meer of the Sacramento Business Journal.  Mr. DeLoney is the first vice president of investments with Marcus & Millichap’s local office.

The fourth quarter 2017 report notes, “The biggest reason for the market’s continued vibrancy is supply and demand” where there is not enough supply of existing and new apartments and a steady demand for places to live.

The same thing could be written for Davis as Sacramento which he notes “still ranks dead last for new multifamily development.”

The idea that somehow this crisis is going to dissipate in the near future is ludicrous.  And with the university, the demand for student housing is also unlikely to ebb any time soon.

The report notes continued upward pressure: “What new development the region is seeing is  concentrated on upper-end units. That puts upward pressure on class B and C apartment properties because they’re more affordable to both rent and, for investors, to own.”

They also cite geographic disparities: “A concentration of B and C properties is creating geographic disparities, where the year-over-year rental growth In Arden-Arcade, at ]5.2 percent, was the highest of any submarket. Partially because of new development, rents dropped by 2.2 percent since the fourth quarter of 2016 in midtown/downtown Sacramento.”

The market overall is still climbing.  “Even with numbers rising across the market for the last few years, thought DeLoney said it’s not clear “where the peak is. “Nobody has found the ceiling,” he said, adding he gets calls from across the U.S ., and even outside the country from people interested In developing multifamily projects here but unable to make the numbers work – yet.”

A lot of these factors we see at work here in Davis.  There is a number of new primarily student housing proposals, many of which have been higher density, rent by bed, larger rooms which are cheaper to build and contain lower impact fees than other units.  But the rest of the housing market is constrained by growth control laws and has been slower to develop.

If Mr. DeLoney is right however, there is not likely to be a peak any time soon.

Share:
Tags:Multifamily HousingRental HousingStudent Housing
Previous : Tough-on-Crime Prosecutors Are Out of Step with Public Views
Next : Commentary: Can Housing Ever “Win” in Davis?