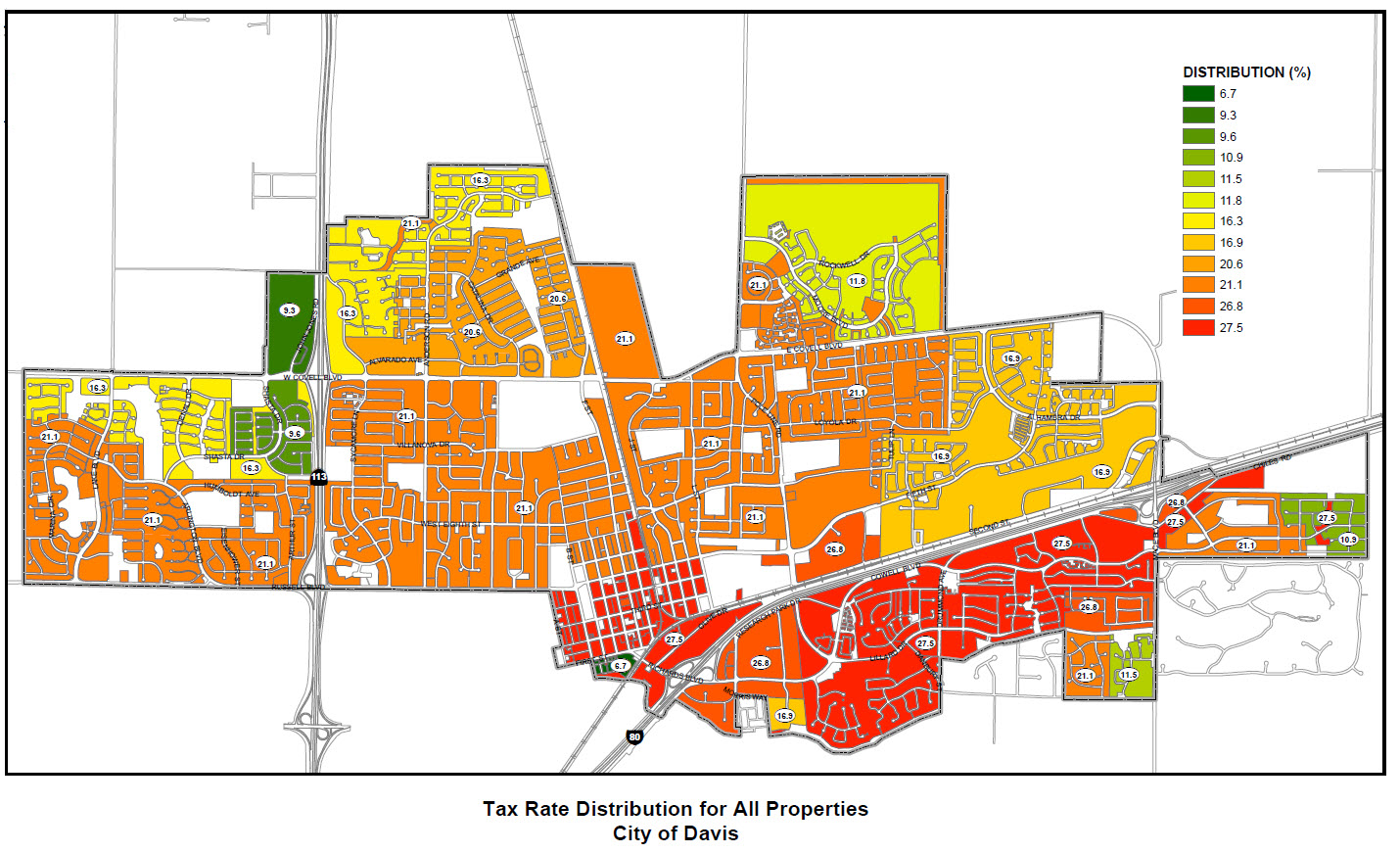 At last week’s council meeting, Mayor Robb Davis emphasized the fact that passing a parcel tax or really any revenue measure is an efficient way for the city to raise revenue for the city.

Mayor Robb Davis pointed out that “these taxes are an extremely efficient way of funding our local infrastructure.”

Indeed, the mayor pointed out that normally only about 27.5 cents or so on the dollar of local taxes stay local.

He said, “The money that we’re generating locally flows out of this community and when we tax ourselves, when we say we’re going to put $250 of our taxes in, we keep all of it – we keep every single dollar.”

The city in the staff report notes: “As background for the revenue discussion, staff has included a map that shows the distribution of property tax throughout the city.”

They write: “Many people believe that 100% of property tax generated in Davis comes to the City of Davis. Based on California law, only a small portion of property tax revenue stays in the city, and that amount varies per location. The remainder of the property tax is allocated to the state, county, school district and other public functions.”

In fact, while Mayor Davis noted that the city only keeps 27.5 cents per dollar, in fact, that represents the maximum possible tax.  Only a few areas mostly south of I-80 have that high a take.  A more typical take is about 20 to 21 percent which would include most of the central portion of the city as well as much of west Davis.  But there are areas where the city is only taking about 16 percent and even some areas where it is less than 10 percent.

By passing local tax measures, then, the city has the ability to take and keep all collected taxes local.

17 thoughts on “City Disadvantaged by the Tax Take”