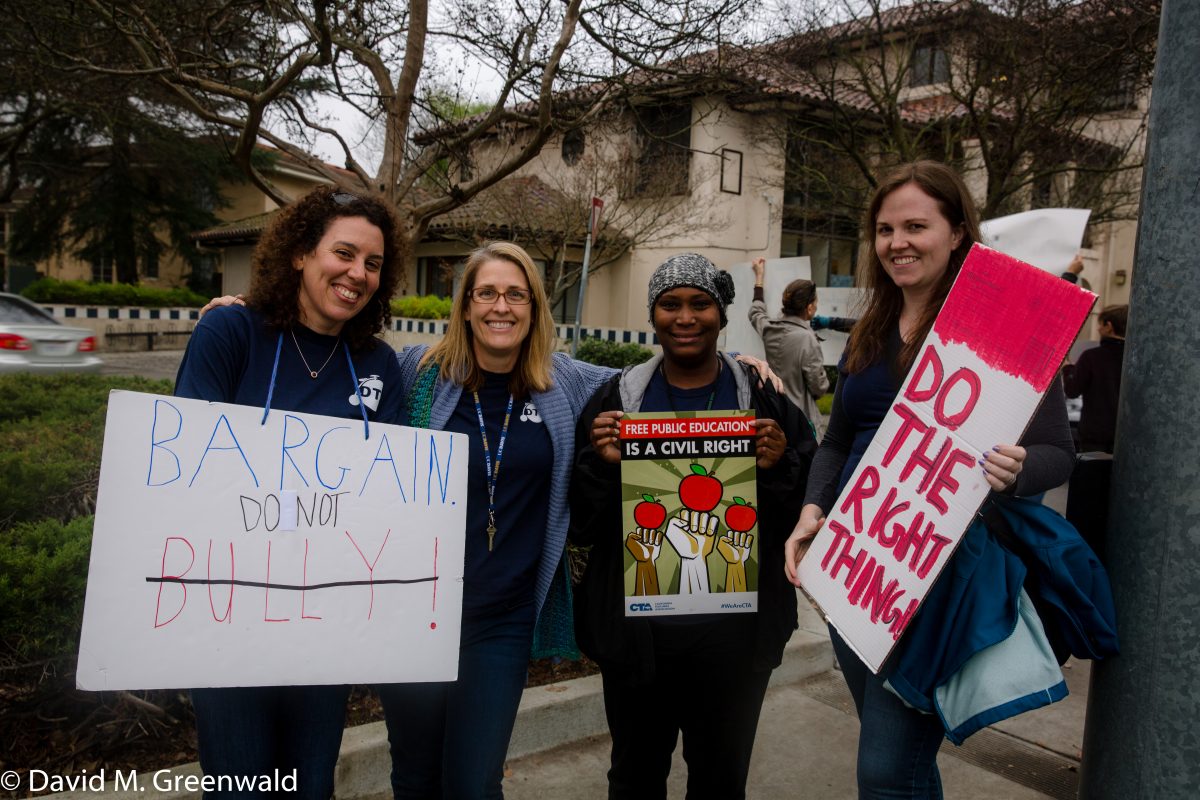 The city council on Tuesday and the school board in the coming weeks and months will face a difficult choice – do they ask the voters to help bail them out of past mistakes?  No one wants to look at the problem in this way, but that is reality.  The reality is also that most of the members on these bodies and the fairly recently hired school superintendent coupled with the brand new city manager were not responsible for many if not most of the practices that got us into the bind that we are in.

The teachers have the advantage right now.  It is not necessarily that the school district has made a mistake in the past.  They have prioritized programs as the way to maintain greatness in the schools.

And it is certainly not the fault of the district that the schools in Davis are disadvantaged under the current LCAP (Local Control and Accountability Plan) system.  Money goes to at-risk students, less money goes to affluent districts.  And while Davis is less affluent than you might at first think, with nearly a quarter of the students Title 1, the statewide average is even more so.

That means, as Matt Best explained a few months ago, the basic problem is that state funding through ADA (average daily attendance) and LCFF (Local Control Funding Formula) only comes to 87 cents on

the dollar.  The district then makes up an additional 11 cents through the local parcel tax, but that has left two cents on the dollar as a “short fall” and he says over a 20-year period those numbers add up and partially explain why the district has fallen short on compensation.

However, the district has prioritized keeping jobs for teachers and keeping programs going and schools open.  What they have not dealt with is the rising and growing gap in teacher compensation.  The teacher’s union for many years stayed quiet on this front – they played the good soldiers, they supported the parcel tax and they didn’t make a lot of noise.

But what we have heard since September is deafening and it is frightening and, for many of us who are also parents in this school district, parents whose kids have been tremendously helped and benefited from the hard work of these teachers, it is time for change to occur.

There are probably cuts that can occur to reduce the need to put the full costs on the taxpayer, but at the end of the day I think we are looking at a new parcel tax in order to pay for teacher compensation increase.  And, based on community support for the teachers, it seems likely that the voters would pass such a measure.

The city in a lot of ways has a more difficult task.  The city was also hurt by the recession, but the Vanguard and others were warning even before the recession hit that the city’s compensation system was unsustainable.

You can start with the push to increase pensions at a time when the pension fund was “superfunded” – by increasing the top rate to 3 percent at 50 for safety employees and 2.5 percent at 55 for everyone else, the city immediately created a huge unfunded liability that has only increased.

A bigger mistake was taking the half cent sales tax passed by voters in 2004 and giving employees a massive pay increase.  The firefighters received a 36 percent pay increase, while everyone else received somewhere from 15 to 20 percent over a four- to five-year period.

The city masked these problems in the last decade because they were getting double-digit property tax revenue increases, but the second that economy collapsed, that disappeared.

The problem was that the city delayed fixing the structural problems.  They were able to maintain city services during the recession through attrition, which saw the reduction of 100 FTE positions.  They also saved money by deferring maintenance.

The only real structural changes occurred in the 2012-2015 MOUs.  But what has happened is that the city was able to stay afloat by deferring maintenance on roads, parks, greenbelts, and city buildings – and those bills have been amassing for a decade now and they are starting to come due.

Estimates by consultant Bob Leland put the annual need at around $8 million per year, and that is additional to the $4 million in general fund money they are currently spending on road maintenance.

With pushback from the community, council went back to the drawing board last week to further refine their revenue measure.

The form of the tax continues to change as the council now has re-opened the door for a possible two percent Utility User Tax (UUT) on gas, cable and electricity – although there is some dispute over whether electricity would be included.

In addition, there was the possibility of an expansion of a parcel tax for parks, between $100 and $125 per year.  As of now, it appears the social services tax would wait, as Mayor Davis acknowledged that “it is not ready for prime time in the sense that more details are needed.”

If opposition organizes around the parcel tax, a two-thirds majority tax, it could spell doom for the measure.  Right now it appears that the focus there would be on generating revenue for parks maintenance.  The current parks tax is $49 per year but that generates around one-quarter to one-half the actual need.

The pared-down proposal would generate more like $4 million of the $8 million gap, with the hopes that the council could do more along the lines of cost containment and economic development before coming back to the voters in two years, potentially with another simple majority tax.

The council still has to make these tough decisions and has two more council meetings before they hit the deadline.  The school district has more time, and probably has an easier road despite already asking for $620 a year.

But a lot rides on both measures.  A rejection of the parcel tax by the voters for the school district likely means the end of DJUSD as we know it.  A rejection of the revenue measures for the cities could fundamentally change the way the city provides services and basic infrastructure to this community.

The costs on the taxpayers will be high, but the stakes may be even higher.

43 thoughts on “Commentary: Schools and City Face the Cost of Deferring”