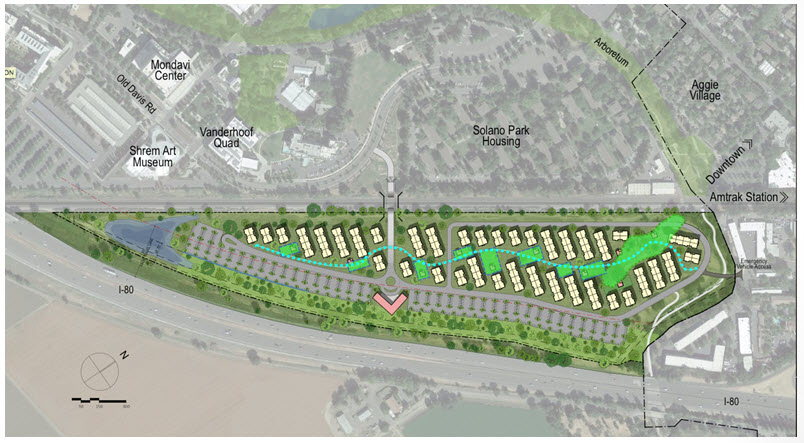 Is the Nishi property in the running for the most polluted near-roadway site in the nation? It certainly is not that far behind a freeway site on Highway 60 in Ontario, which currently holds the title.

This startling fact is based on data in a long-awaited report on freeways from the California Air Resources Board and UCLA, and reported in a Dec. 30 Los Angeles Times article, “Freeway Pollution Travels Farther Than We Thought. Here’s How to Protect Yourself.”

The story proposes that one way to protect yourself is “avoid truck routes” and gives an example. “An air-monitoring station next to a truck-congested stretch of the Highway 60 freeway in Ontario had the highest levels of fine-particle pollution, or soot, of all near-roadway sites in the nation, according to 2015 U.S. Environmental Protection Agency data. About 217,000 vehicles a day passed by in 2015, more than 29,000 of them trucks.”

So let’s compare the worst near-roadway site in the nation, Highway 60 at Grove Boulevard in Ontario, to Nishi, Interstate 80 looking west from the Solano/Yolo line:

The sites have several similarities. In terms of annual average PM2.5, Yolo County and Los Angeles County near Ontario (Glendora) are almost identical over the past decade, about 9.5 µg/m3, so the

background fine mass cannot skew the comparison. They are both elevated east-west trending freeways with under-crossings, Grove Avenue in Ontario, Union Pacific Railroad tracks at Nishi, and both sites are based on California cars, trucks and fuels.

So Nishi is only 41 percent (trucks only) or 63 percent (trucks plus cars) as bad as the worst near-freeway site in the entire USA? That’s like looking to buy a house near a water body that the developer boasts is only 41 percent or 63 percent as bad as the Love Canal, the infamous Superfund site near Buffalo, N.Y., that sickened hundreds of people.

But before we sign off on Highway 60’s victory lap to infamy, there are three factors that impact Nishi that are absent from Highway 60 and propel Nishi closer to the “worst in the USA” leader:

* The narrowing of I-80 west of Nishi from six lanes to three forces heavy braking and stop-and-go traffic. Why is that important? The article states, “Ultrafine particles are suspected of causing some of the illnesses among people living near traffic …” These include “… dust from brake pads.” All that grinding to a stop upwind of Nishi is a recipe for several types of lung, heart and reproductive distress.

* Davis, like all Central Valley cities, has its worst air quality in winter stagnation events and very shallow pollution inversions. Why is that important? The winter inversions at Davis trap pollutants near the ground and near the sources, so all those diesel soot and ultra-fine metals will persist and build up to high levels until cleared out by the next rain storm or strong north winds, which could be days or even weeks away.

* Nishi has heavy train traffic on its north edge, with both idling and accelerating Amtrak trains, and heavy freight trains accelerating out of the Davis curve. This use is increasing. Why is that important? Because train diesel was shown to be six times more carcinogenic than truck diesel per unit mass by Region IX in the Roseville railyard.

Davis readers will find much more in the article that seems familiar, that even up to 1,000 feet away from freeways, health impacts include “asthma, cancer, heart attacks, strokes, reduced lung function, pre-term births and a growing list of other health problems.” This is a pretty good summary of information in the Davis Nishi draft environmental impact report and our summaries.

Allowing students to live in what is certainly one of the most polluted near-roadway sites in the nation is not a viable answer to UCD housing needs, even assuming the students are forced to live in hermetically sealed boxes with no patios, balconies or windows that open.

As always, my colleagues and I will provide full copies of this and other articles from the email account tacahill2718@gmail.com.

— Tom Cahill, a resident of Davis since 1967, is a UC Davis professor emeritus of physics and atmospheric sciences and head of the DELTA Group. His first work on Sacramento Valley air pollution was in 1973 and continues to the present.

66 thoughts on “Guest Commentary: Is Nishi One of the Most Polluted Sites in the Nation?”