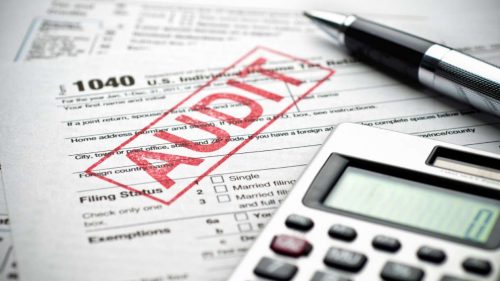 Armando Sandoval immigrated to America and has lived in Woodland for 29 years since his arrival.  He became a U.S. citizen in 1995.  His wife Yadira, also born and raised in Mexico, came to the U.S. in 1990, returning to Mexico briefly before returning for good in 1993 to marry Armando in December of 1993.  She also became a U.S. citizen and they have two children, born and raised in Woodland.

They were living the American Dream, having started their own business installing satellite communication equipment for third-party companies.

Due to hard work and dedication, their business thrived.  Having no tax experience, they hired a professional tax service to do their tax returns.

But their dream turned into a nightmare, as tax audits from 2003, 2004, and 2005 have resulted in more than a decade of battle against not only the IRS but also the federal court system.

Their problems began one day when an IRS revenue agent, described as an extremely experienced Certified Public Accountant who also had legal education, informed the Sandovals that their individual income tax returns had many errors.

As immigrants, the Sandovals have learned English, but they do not speak it as a first language.  Nevertheless, they asked the IRS agent if they could redo their tax returns.  They were informed by the agent that it was too late.

“In essence, they had no opportunity for redress,” Attorney Sean H. Colon, who is representing the Sandovals, told the Vanguard.

The agent insisted that the IRS’ agreements for 2003 and 2004 should be signed because “they were substantially correct.”  Perhaps due to the language barrier and lack of tax representation, they

believed him and signed the agreements.

The following week, the agent met with the Sandovals once again and had them sign an agreement for 2005.  However, this one they were able to void via a phone conversation.

At this point, they retained counsel, Mr. Colon, who quickly (13 days after the agreements were signed) informed the IRS agent during the telephone conversation that the Sandovals requested to void the 2003, 2004 and 2005 agreements.

According to Mr. Colon, “the tax liabilities were substantially overstated by $29,778 and $41,088. The liabilities do not include interest and penalties.”

The agent was informed that there were material errors in the 2003 agreement. Documentation was provided by facsimile and mail to the IRS agent on the following day.

Nor were the agreements accepted by the government.

Despite believing that they have evidence that the agreements are void, this is a legal battle that continues to today.

According to his affidavit, he called Revenue Agent Terry Gann on November 1, 2007.  At that time, Gann stated to Mr. Colon that “the 2003 and 2004 individual income taxes were assessed…  However, the 2005 return was still open; it had not been closed.”

However, Mr. Gann’s statement was “materially false at the time they were made,” and Mr. Colon learned that they were not closed until several days later.

He writes, “I informed Gann that there were material errors in the 2003 waiver. It did not include home office expenses and outside services.”  However, Mr. Colon claims in the sworn affidavit that Mr. Gann “wrongfully refused to consider ‘AUDIT RECONSIDERATION’ pursuant to the Internal Revenue Manual.

“His refusal was contrary to my understanding of his duty to make corrections pursuant to the Internal Revenue Manual,” he writes.

On November 2, he “briefly confirmed in writing the earlier conversation with Gann.”

The Sandovals originally appealed the matter to the Sacramento appeals office and also attempted to resolve the matter using the Taxpayer Advocate Service.

“The purpose was to utilize all administrative proceedings before instituting any court action. This would preserve the Sandovals’ rights to legal fees,” Mr. Colon explained.

Mr. Colon claims in a petition for rehearing that Mr. Gann “improperly denied Appellants’ 2003 and 2004 rescissions because Appellants were wrongfully directed to proceed with audit reconsideration.”

He argues that the appellate court overlooked “substantial evidence of affirmative misconduct” on the part of the IRS agent.  First, he argues that “Gann knowingly and wrongfully informed unrepresented and unsophisticated Mexican immigrants that ‘[t]he adjustments made by agent over the three years had made these years substantially correct.’”

He also points out that “Gann knew or should have known that Appellants did not fully comprehend the explanation of the adjustments to income because he personally observed, ‘Appellant-husband who immigrated from Mexico, had a language barrier (Appellant-wife’s language barrier was more pronounced)….’”

Furthermore, during a trial court status conference, the attorney for the IRS seems to concede that the 2003 and 2004 waivers were withdrawn because they stated, “We are not arguing that the waiver wasn’t withdrawn.  So when the case was closed, everybody agrees that (the Sandovals) withdrew the waiver before the case was closed.”

He provided the court with a certified transcript to prove this.  However, on September 16, 2015, the trial court asked IRS’ trial counsel whether or not they conceded that the waivers were withdrawn.  The trial court stated, “There had been confusion over the government’s position on whether or not Appellants had successfully withdrawn their consent to assessment without notice.”

Mr. Colon told the Vanguard, “The IRS agent took 3.5 hours to induce my clients to sign the 2003 and 2004 agreements. Nor did the Sandovals have legal representation to review the agreements before they signed.”

At this point, despite the material errors in the agreements, the Sandovals have wrongly paid, following IRS agent’s misconduct.

The Sandovals have been repeatedly shut down in their avenues, but they do have one avenue remaining.  They can prove the agreements are void but that would require their attorney, Sean H. Colon, to testify under oath.

Unfortunately, neither a declaration nor an affidavit will allow for the examination of a witness.

Mr. Colon has resisted this option to this point, because it would require the Sandovals to obtain separate counsel and incur substantial legal costs.  Moreover, he explained, “I did not reasonably believe that I needed to be a witness nor submit a declaration (or an) affidavit because the department of justice’s trial attorney conceded several times that the 2003 and 2004 agreements were withdrawn.”

Mr. Colon explained, “The testimony of the attorney is materially relevant to establish beyond any doubt that all of the agreements were withdrawn but for the IRS’ and DOJ’s lies.”

Because the appellate court did not consider the petition for rehearing, the matter will have to be re-opened pursuant to the Rules of the U.S. Court of Federal Claims section 60.

“The Sandovals now seek to disclose to the American people how the government has repeatedly taken advantage of them throughout this process and seek assistance from the media and legal community in moving this case forward,” Mr. Colon explained.

“The Sandovals understand that the laws must be applied equally to all Americans, including immigrants.”

Share:
Tags:IRSTax LawsTaxpayer Audit
Previous : Nishi Proposal Goes to Planning Commission This Week
Next : If Sexual Harassment Is Illegal, Why Is It So Rampant?