Attorney General Jeff Sessions did on Thursday what many have long figured he would – he reversed course on the Obama administration’s moratorium on enforcing federal marijuana laws in states that have legalized either medical cannabis or recreational use.  What that means precisely is open to interpretation.

In a memorandum dated January 4, 2018, from Attorney General Sessions, it states, “In the Controlled Substances Act, Congress has generally prohibited the cultivation, distribution, and possession of marijuana.”

The memo continues: “In deciding which marijuana activities to prosecute under these laws with the Department’s finite resources, prosecutors should follow the well-established principles that govern all federal prosecutions.

“These principles require federal prosecutors deciding which cases to prosecute to weigh all relevant considerations, including federal law enforcement priorities set by the Attorney General, the

seriousness of the crime, the deterrent effect of criminal prosecution, and the cumulative impact of particular crimes on the community,” the AG writes.

It adds: “Given the Department’s well-established general principles, previous nationwide guidance specific to marijuana enforcement is unnecessary and is rescinded, effective immediately. This memorandum is intended solely as a guide to the exercise of investigative and prosecutorial discretion in accordance with all applicable laws, regulations, and appropriations. It is not intended to, does not, and may not be relied upon to create any rights, substantive or procedural, enforceable at law by any party in any matter civil or criminal.”

However, locally, California has maintained that it intends to defend the state voter-approved law that legalizes recreational marijuana.

“We’ll continue to move forward with the state’s regulatory processes covering both medicinal and adult-use cannabis consistent with the will of California’s voters, while defending our state’s laws to the fullest extent,” Ms. Ajax said.

“In California, we decided it was best to regulate, not criminalize, cannabis,” Mr. Becerra said in a statement. “We intend to vigorously enforce our state’s laws and protect our state’s interests.”

But the impact on the burgeoning cannabis industry was clear on Thursday as many publicly-traded companies lost 15 to 30 percent of their value.

“This is going to have a significant chilling effect,” said Ames Grawert, an attorney in the Brennan Center’s Justice Program. “These businesses have always operated with uncertainty, rescinding this policy will make that worse. This could stop the California market from ever getting off the ground, and (Proposition 64) won’t have the effect that California voters indicated they wanted.”

The Sacramento Bee ran an article that the decision by AG Sessions will put the spotlight on the new U.S. Attorney for California’s Eastern District – a recently familiar face in Davis, McGregor Scott.

The Bee writes: “Attorney General Jeff Sessions’ decision to let federal prosecutors choose whether to more aggressively enforce marijuana laws means the new U.S. attorney for the Eastern District of California will have authority similar to what he held during a previous term in the office.  During that time, McGregor Scott prosecuted cases that sent fear throughout the medical marijuana industry.”

Mr. Scott, who just completed his still-unreleased investigation into the Picnic Day incident, was recently appointed back to the office by President Trump.

The Bee reports: “When he served as an appointee of President George W. Bush, Scott prosecuted a number of people in California’s medical marijuana industry, including a case that received national attention involving two young men from Modesto, Luke Scarmazzo and Richard Montes. Scott’s office said their dispensary was a criminal enterprise that flouted laws and raked in cash. President Obama granted Montes clemency in 2017.” 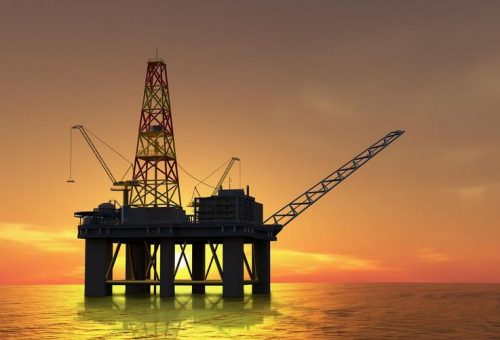 Meanwhile, Swift Reaction As Trump Threatens to Open Up Offshore Drilling in California

President Trump opened another flank later on Thursday when the administration proposed to open for exploration the largest expanse of the nation’s offshore oil reserve to global energy companies, including waters off the coast of California.

The draft plan, announced by Interior Secretary Ryan Zinke, would allow for 90 percent of the nation’s offshore reserves to be open to leasing, including areas off all three regions of the California coast that have been off limits to oil and gas exploration since 1984 during the Reagan administration.

The reaction, not surprisingly, was swift.

“This political decision to open the magnificent and beautiful Pacific Coast waters to oil and gas drilling flies in the face of decades of strong opposition on the part of Oregon, Washington and California – from Republicans and Democrats alike,” the governors stated.

“They’ve chosen to forget the utter devastation of past offshore oil spills to wildlife and to the fishing, recreation and tourism industries in our states. They’ve chosen to ignore the science that tells us our climate is changing and we must reduce our dependence on fossil fuels. But we won’t forget history or ignore science,” the statement continued.   “For more than 30 years, our shared coastline has been protected from further federal drilling and we’ll do whatever it takes to stop this reckless, short-sighted action.”

“The American people deserve smart, strong action to keep our communities healthy, clean and safe. Yet the Trump administration is racing forward with its increasingly brazen attempts to loot our environment and our planet,” House Minority Leader Nancy Pelosi said in a statement. “Americans from coast to coast will make their voices heard to oppose this blatant corporate giveaway.”

California Attorney General Becerra added: “Drilling off the shores of California’s coast is a non-starter. Our State has banned offshore drilling for a reason: because we don’t want it and because we know what happens when it goes wrong.

“We are evaluating all of our options to protect our State’s pristine national resources,” he said. “And it should be underscored that regulatory agencies in our State will have a say in whether any offshore drilling ultimately does occur.

“Irrespective of the Trump Administration’s backwards action today, California will continue to lead the way on reducing our dependence on fossil fuels.”

“When I was elected to Congress, the very first bill I introduced was legislation to ban oil and gas drilling off of the Pacific Outer Continental Shelf,” Congressman John Garamendi said in his own statement. “The Trump Administration’s plan to expand coastal drilling represents a threat to the health, safety, and environment of every coastal community in the United States. I could not be more strongly opposed, and I will fight this through every possible avenue I have.”

23 thoughts on “Trump Effectively Declares War on California, Vowing to Crack Down on Marijuana and Open the Door to Offshore Drilling”