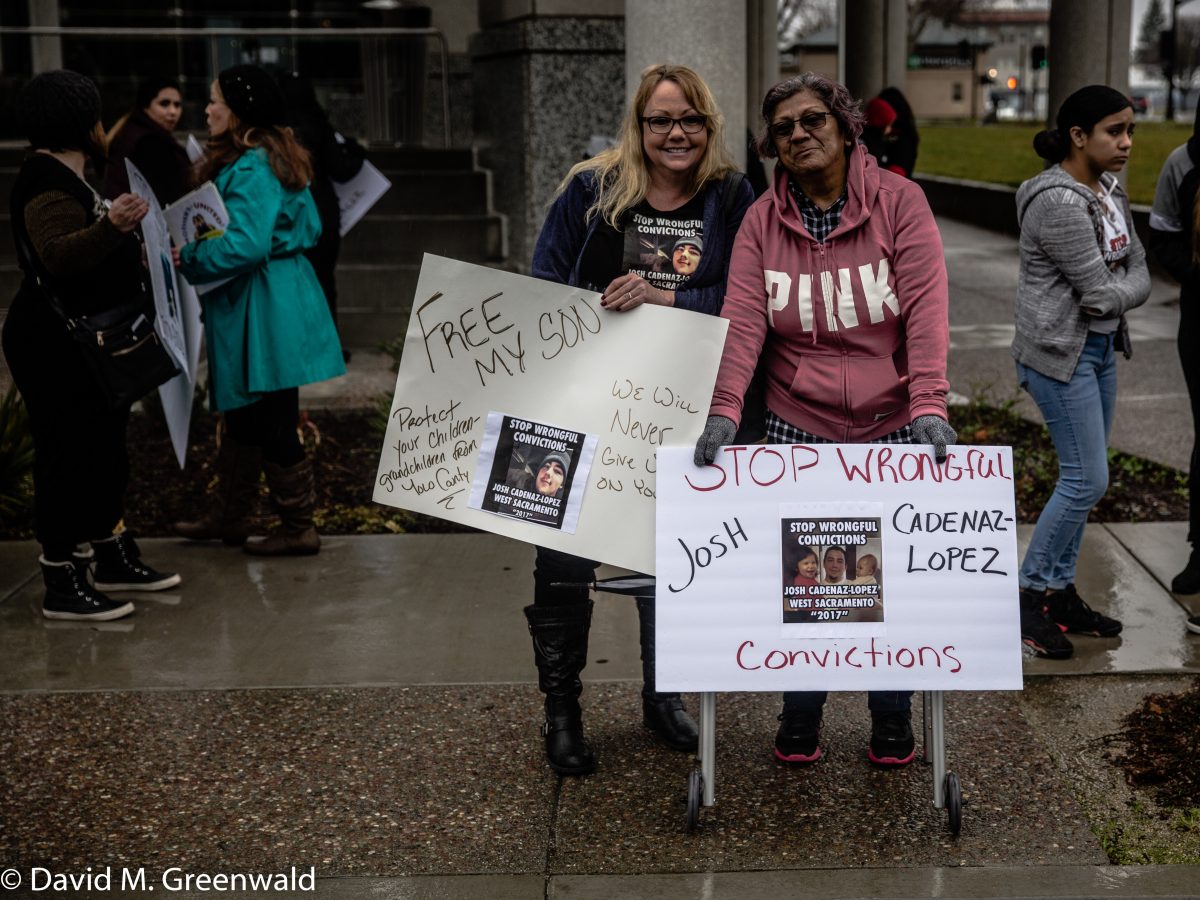 On Friday afternoon in Department 14, Judge David Rosenberg presided over the scheduled sentencing hearing for Joshua Cadenaz-Lopez and Ricky Hernandez. The co-defendants were convicted of robbery charges along with the possession of a firearm with a gang enhancement, malicious discharge of a firearm from a vehicle with a gang enhancement, and criminal street gang activity.

Deputy District Attorney Kyle Hasapes, representing the People, has until May 1 to respond to any motions filed by defense.

The ruling on these motions or possible sentencing is now scheduled for June 1 at 1:30 p.m. in Department 14.

Before the defendants were taken back to jail, Ms. Lance, on behalf of Hernandez, requested that he get family visit time since he has a small child. Judge Rosenberg said that, although this was out of the court’s purview, he could possibly write a letter to the sheriff’s department.

Commentary: Another Overcharged Case in Yolo – 85 to 100 Years for Gang Robberies?

Family Believes Man Convicted of Robbery in Yolo to Be Innocent