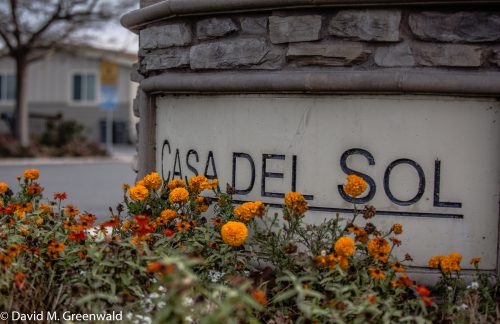 Judge Daniel P. Maguire acknowledged he was troubled that he was holding a CD with a recording that the defense did not have access to during the trial.  However, he ended up ruling that, given the thoroughness on which the defense was able to discredit witness Ruby Aradoz even without this key evidence, even if the defense had had access to the recording, it would have made no difference in the outcome in the trial.

Justin Gonzalez in addressing the court offered his “deepest condolences” to the family of the victim Ronald Antonio, whom he called an innocent victim.  But he said, “I had no part in it.”

He blamed his circumstances on his co-defendant Alexis Velazquez, who two weeks ago received life without parole for his part in the murder.  He said that Mr. Velazquez could have cleared his name but failed to do so out of arrogance that he himself could walk away from the crime.

Judge Maguire sentenced Justin Gonzalez to 70 years to life in prison for the conviction, without offering additional commentary.

The defense made two challenges to the verdict, arguing that under Penal Code section 1054.1 they were entitled to the recording of Detective Sergio Pimentel with Rudy Aradoz prior to her testimony.  Second, they were

entitled to be told the content of that interview which took place from 1 to 1:30pm  prior to Detective Pimentel’s testimony.

Defense Attorney Keith Staten argued, “My cross-examination was done without knowledge of any new statement.”

Deputy DA Michael Vroman had had a conversation with defense prior to the trial letting them know that they routinely re-interview witnesses prior to their testimony to flag inconsistencies.  Mr. Staten maintains that Mr. Vroman, who apparently was not fully aware of the content of the statement himself, had represented to him that her testimony would be similar to what she had testified to previously.

However, while during a September 21 interview she had claimed Justin Gonzalez had a knife, during her Grand Jury testimony, she did not say that.

Mr. Staten argued that it is not up to the prosecution to decide what information is exculpatory or relevant and therefore he should have had this information prior to cross-examining her.

He told the judge, “I did not know it was recorded.”

Mr. Staten would push back that Mr. Pimentel was a member of the prosecution team and sat at the table with the prosecuting attorneys.  He argued that this meant that being in his possession was tantamount to possession by the attorney himself.

Mr. Staten pointed out that the fact of the matter is that the focus right now is solely on the knife in arguing that her statement was consistent with the September 21 statement, and that was in fact the only consistency in his view.

For him one of the key statements she made during the recording was that many of the facts she was stating she learned as the result of the trial, rather than through her own direct knowledge.  He said if he had known that at the time of the trial, he would have been able to question her on what she knew directly and what she came to learn during the trial.

He also pointed out that prior to her taking the plea agreement, “I couldn’t ask her anything because she was a co-defendant and the DA chose to try her at the same time.”

Judge Maguire noted that Aradoz acknowledged she had a hard time disentangling what she knew from what she heard at the trial.

Judge Maguire went through his ruling carefully and methodically.  In looking at whether this was a 1054.1 discovery violation, he reasoned that there are times when the law says that what the prosecution team knows, the prosecuting attorney knows, but in 1054.1, “that is not one of those times.”

In this case, the judge accepted the representation of Mr. Vroman that he did not know, and therefore ruled there was no discovery violation.

As for Brady material, the duty of the prosecution to disclose exculpatory evidence, he noted that disclosure in open court is disclosure.  The one exception, however, was that Aradoz had told the interviewer that she had learned things outside of her own memory.  He said that could have been used for impeachment purposes.

But once again, the judge ruled that there was no prejudice.  Part of his reasoning was that it was not a secret to the jury that Rudy Aradoz made different statements at different times.  They were very aware of the challenges to her credibility.

In fact he noted that Mr. Staten, during her cross-examination, basically got her to admit on the stand that she was a liar.  Therefore, he was not sure how much credibility she had as a witness to begin with, but he did not think additional lines of questioning her credibility were going to change the outcome.

Therefore he ruled that he did not find any prejudice here and that the proper discovery would not have resulted in a different verdict.

Finally there is the general issue of whether Mr. Gonzalez was denied his right to a fair trial.  Judge Maguire was “troubled” by the fact he was holding, in court, a CD that Mr. Staten didn’t have.  But he argued nothing would have been different.

“Therefore,” he said. “I deny the defense’s motion for a new trial.”

With that, he sentenced Mr. Gonzalez to 70 to life.