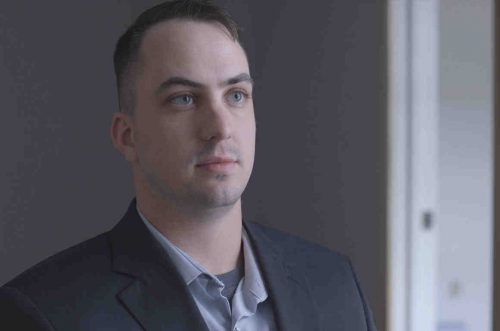 In the early hours of May 6, 2016, the lives of rookie police officer Stephen Mader and R.J. Williams intersected in Weirton, West Virginia. Both men were young fathers. Mader was a white cop holding a gun. Williams was a Black man holding a gun. This tragedy ends exactly as you’d expect — with R.J. Williams killed by a police bullet — but with a twist: Mader did not kill him. In fact, he tried his best to save Williams’ life. And for doing his duty, Mader was fired.

Today we can announce a resolution of the case in favor of a police officer who chose not to shoot a Black man.

To settle all outstanding claims, the City of Weirton will pay Mader $175,000. And while justice prevailed for Mader, R.J. Williams is still dead — a constant reminder police nationwide need the proper de-escalation training needed to avoid unnecessary killings, especially of Black men and boys.

In the case of the death at the hands of police of R.J. Williams, it all started with a domestic disturbance call by Williams’ girlfriend. Arriving first on the scene, Mader came upon Williams, who had his hands behind his back. The officer quickly asked Williams to show him his hands. Williams complied, revealing a gun. Immediately, Mader ordered Williams to drop his weapon. But Williams refused, (asking) repeatedly for Mader to “just shoot me.”

In that moment, Mader did not see a man with a gun. He saw a human being in crisis. Mader deduced that Williams was not what he might appear — a danger to others and to a responding officer alike.

Mader saw that Williams was trying to commit “suicide by cop.”

While Mader continued his attempt to convince Williams to drop his weapon, two other officers arrived on the scene. In a matter of seconds, one of the newly arrived officers fired four shots, killing Williams. It was at that point the officers discovered that Williams’ gun was unloaded. Stephen Mader was correct. R.J. Williams was not a threat, but it didn’t matter. He was dead.

We have grown accustomed to hearing about outrageous acts of violence perpetrated by the police against communities of color. Some become more outraged. Some have become numb. Some call for accountability or for the needed reforms to stop unnecessary police violence and deadly use of force. No matter the public’s reaction, in nearly every instance, the offending cops are not prosecuted and are back patrolling the streets in a few weeks.

But in Weirton, West Virginia, there is the bizarre opposite. Officer Mader was fired for not shooting a Black man with a gun. The message the police department sent is tragically clear: Law enforcement in Weirton should err on the side of killing people.

Under the Fourth Amendment, police officers may only use deadly force if they have probable cause to believe that the target is a violent imminent threat to the officer or someone else. Officer Mader came to the opposite conclusion — he reasonably, objectively, and correctly determined that R.J. Williams was not a threat to anyone except maybe to himself. And once he made that determination, Mader was not permitted to use deadly force under the U.S. Constitution.

A police officer cannot lawfully be fired for failing to violate someone’s constitutional rights. So this past May, along with the Law Offices of Timothy O’Brien, we filed a lawsuit against the City of Weirton on behalf of Mader. We argued, in part, that the termination of Stephen Mader was in violation of West Virginia public policy.

Mader’s firing exposed, again, the toxic culture that infects far too many police departments in America. We need to end the insularity and hostility towards the community exhibited by so many law enforcement agencies. We need to give law enforcement officers tools to effectively serve their communities. That means we need to invest in de-escalation training, implicit bias training, and crisis intervention training. The resolution of this lawsuit sends a clear message to the City of Weirton and to police departments across the country. Our communities deserve thoughtful, compassionate, transparent law enforcement.

Joseph Cohen is the Executive Director of ACLU of West Virginia