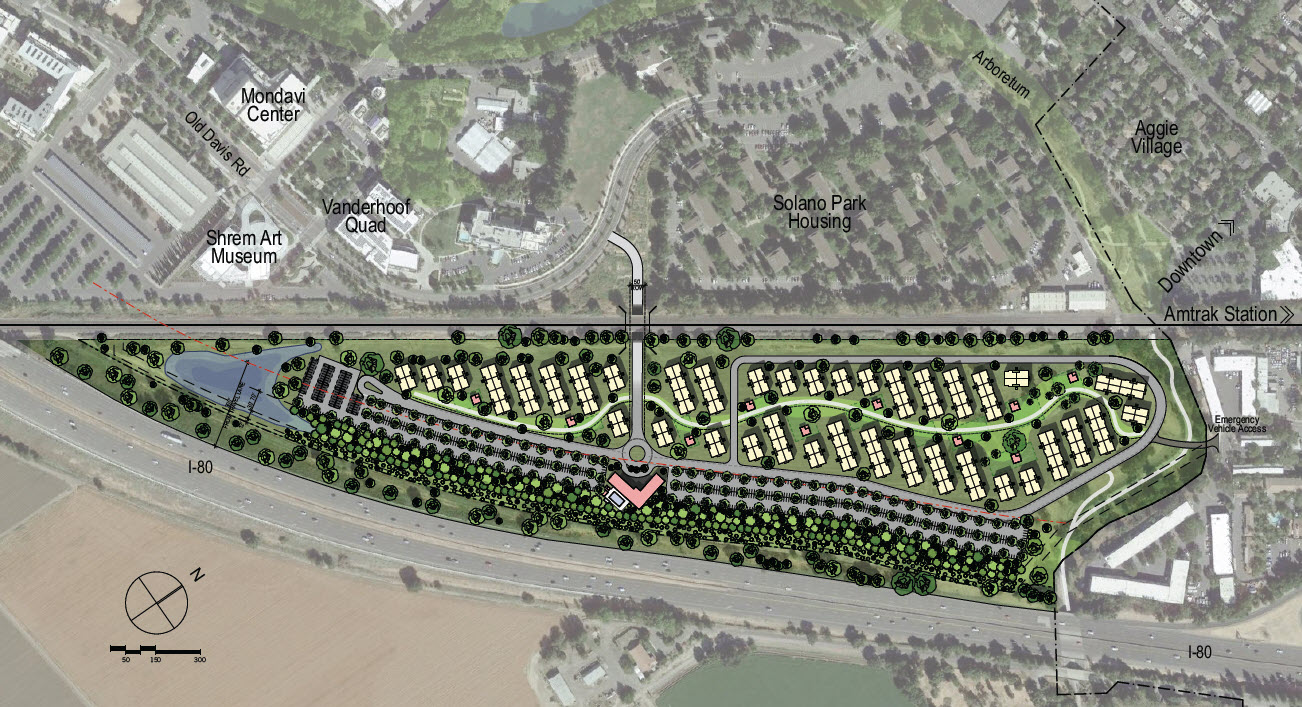 We have already talked a lot about the air quality issue and affordable housing issue, but I wanted to go again through some of the arguments against Nishi.

Colin Walsh pointed out, “The developers still own options all along Olive Drive.  It is quite possible that they will be back, looking to attach through there – I would expect it, they still own the options there.

“I would also point to the MOU with the university – it says it is not a legally binding document.  We have no guarantees that there will be a connection to UC Davis.”

Mr. Walsh also pointed to 435 pages of documents submitted by Thomas Cahill.  He said, “I’m a backer of students.”  He added, “If students live here and they’re harmed, it’s on us as a community.

It’s on the people who come here and advocate for it.”

He said, “Tonight I’m bringing all Dr. Cahill’s submissions, so when the first person is injured there by the air sues the city and sues the developer, these are on record so they can access these easily because they have a right to sue if they are hurt because of the air.  You have been warned by Dr. Cahill that there’s a problem here.  No one has done a study to show differently.”

Eileen Samitz said, “The MOU is not legally binding, this is a major problem.  The access if you think about that, what happens if the university… later on says you know we just don’t want access to come through the university.  What does the city do?  Has anyone gone through that yet?”

She said, “It has to be legally binding if this project moves forward to go through the university.”

Ms. Samitz was also critical of the fiscal analysis, explaining that at the Finance and Budget Commission: “The discussion was not completed and there was more information coming through.  The discussion was rushed and they didn’t finish.

She added, for the low income, the developers are just going to be “bleeding out of the market rates.  Let’s talk about what will the market rate cost.”

It was good to see that Ms. Samitz did not reprise her mega-dorm discussion here, although she did earlier in the week in an email.  These are two- and three-bedroom apartments that are rented by the unit.

In her email she wrote that “these mega-dorms do nothing to help provide rental housing for our families and local workers due to their exclusionary design just for students.”

Because of the location of Nishi next to campus and the university-only access, Nishi lends itself more to students than to others, although it is possible some faculty may have interest in moving there initially as well.

I thought the council did a really good job on Tuesday of having staff and experts address the public comments.  You probably don’t change people’s minds by doing that, but you at least are responsive and can correct misinformation.

Both Eileen Samitz and Colin Walsh, as stated, hit on the issue of the MOU.

Matt Dulcich from UC Davis explained that “the MOU is the starting point where the three parties – the developer, UC Davis and the city – can start to chart out what are the shared principles for moving forward on developing actual real estate agreements that would in perpetuity provide that road access.”

He later indicated that the LRDP they are working on has the ability “to approve or move forward with an approval of the road connection to Nishi.”

The other key point was made by Robb Davis.  That is that “this is in the baseline features.  The baselines features say that the access point is via UC Davis.  If you do not grant that, then the project cannot go forward.”

In other words, if UC Davis doesn’t grant the access, the project cannot go forward.  The MOU is simply an indication of their desire to see it go forward and provide the access.

Colin Walsh’s comments drew attention on Tuesday, in particular his implied threat of a lawsuit.

City Attorney Harriet Steiner believes that the city doesn’t face such liability, stating, “Anyone can file a lawsuit that they think has merit.  I’m not aware of any grounds on which to hold the city liable for approving a land use development application on those grounds.  They might file a suit but I can’t think of a reason why it would be successful.”

While I think her answer is too simplistic, the problem with attempting to sue is that it is highly unlikely that someone will be living at Nishi and become “hurt because of the air” as Mr. Walsh put it.  If someone does get sick, it figures to be years down the line, and there will be difficulty pinpointing the proximate cause.

This wouldn’t be like a point pollution issue of groundwater contamination that leads to a cancer cluster.

It would be harder than you think to even establish the danger in general.  As Dr. Salocks explained, “Diesel particulates are responsible for 70 percent of the cancer risk from traffic related pollutants.”

“Dr. Cahill’s hypothesis is that the air at Nishi is extremely polluted, it’s much worse than any other area, it’s comparable to Ontario, California.  It’s not.  In fact, the results of that study that were done showed that the air at Nishi was average.  It was almost exactly equivalent to the statewide average for diesel particulates.

“In my mind, there’s no support for saying that this air is particularly polluted,” he said.

Finally, on the issue of affordability,  Eileen Samitz said, “What I saw in the newspaper is that it’s really $700 to $800 per bed.  Do the students really think that’s affordable?”

It is hard to get firm numbers on what a project is going to rent for.  My guess is going to be if a number of units come online around 2020 as expected, that could generate a glut in the market that can bring down the costs.

But let us use her figure of $700 to $800 at face value for the purposes of this exercise.

So that puts the cost estimate in line with market rate apartments.  A room at West Village is $1050.

Is that affordable for students?  Of course not.  But that’s reality.  The best way to reduce those rents is to increase the vacancy rate.  Contrary to the rhetoric here, these are not luxury apartments.  These are basically market rate apartments and the students will be paying around the market rate.

However, with the university agreeing to 8500 beds and about 5000 other beds coming on line in the city, we can improve the 0.3 or 0.4 percent vacancy rate currently and increase it closer to the goal of 5 percent.  We do that, and maybe we can drop those rents a bit more.

17 thoughts on “Sunday Commentary: Looking at Some Arguments against Nishi”