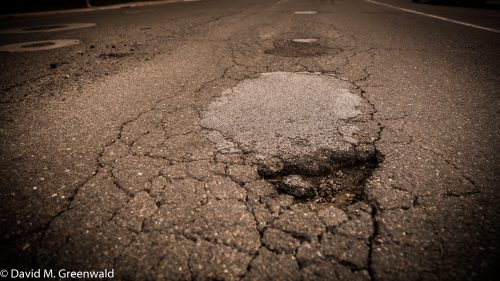 ARGUMENT IN FAVOR OF MEASURE H

In 1998, the citizens of Davis first approved a $49 parks tax, which has been successfully renewed over the years. Measure H will renew this existing tax, allowing the City to continue to fund parks maintenance, including family parks, greenbelt maintenance, open space and habitat maintenance, tree planting and maintenance, recreational programs and facilities, and vandalism repair.

This is the same tax rate the voters first approved twenty years ago, and has been renewed multiple times since. The current tax expires in June of 2018.

This tax generates $1.4 million in annual revenue, used to offset parks maintenance costs. In 1998, this funding source generated 75% of park maintenance costs. Today it covers 18% of this cost, which is why small inflator is included (not to exceed 2% annually). Since 1998, we’ve seen total park acreage grow by one third.

Our city has seen its share of fiscal uncertainty, but economic development efforts to generate revenue are underway, as well as continued efforts to prudently manage city costs.

Think for a moment about the reasons you enjoy living in Davis. Surely, among them is our amazing parks and greenbelt system, and our many recreational opportunities, programs and services.

Without Measure H, these essential civic and cultural amenities, along with other General Fund services, risk severe cutbacks.

Please join us in voting Yes on Measure H.

Davis does not have a revenue problem in maintaining our beloved Parks. Davis has an employee spending problem! For far too long Davis voters have approved tax increases, ostensibly for maintaining critical City functions, only to see the new revenues instead go to increased employee compensation.

But the City government has done virtually nothing to control employee compensation which now totals almost $38 million annually for just over 300 employees. The Finance and Budget Commission, our watchdog citizen commission, recommended over 2 years ago that before any new tax measures are put on the ballot the City should,

“Work to accelerate the completion of a full staffing analysis to determine match between service delivery needs and staffing….This should save $1 million per year in employee costs”.

Yet this simple study was never even done! We clearly cannot trust our City government to otherwise spend our hard-earned money wisely for the 20-year duration of this tax.

Please vote “NO” on Measure H.

John Munn, Former President of the Board of Education of the Davis Joint Unified School District

ARGUMENT IN FAVOR OF MEASURE I

Davis is a nice place to live.  We have good schools, nice parks, low crime rates and a friendly community.

Measure I will raise funds specifically to repair and maintain our roads, sidewalks and bike paths.

Independent experts have determined that we need to spend approximately $6 million to $8 million per year on an ongoing basis to properly maintain our roads, sidewalks and bike paths.

Historically, the State of California and the Federal Government have provided local communities with substantial funding for road maintenance and repairs.  Over the past 15 years, State and Federal funding for local road repairs have diminished substantially.

15 years ago, Davis received nearly 4 million dollars a year from State and Federal sources to assist with road maintenance and repairs.  Today we receive less than a ¼ of that.

The City of Davis understands that it is responsible for providing good, well maintained roads and bike paths.  As such, the City has begun using general fund money to help accomplish this.  From just under $500,000 a few years ago to now over $3 million per year, the City has ramped up its own spending on roads.

However, to close the gap between what we are spending and what we need to spend we need the community’s help. The additional funding that we receive due to the passage of Measure I will be spent in addition to the $3 million per year we are currently spending.

Due to the long term cuts in Federal and State funding, we are asking the residents to approve a $99/year parcel tax.  This will allow us to do a better job of fixing and repairing two of our most essential parts of our infrastructure – our roads and bike paths.

ARGUMENT AGAINST MEASURE I

Our City is again asking taxpayers for new money for transportation infrastructure repairs that have been deferred for the past decade so employee salaries could be raised to unsustainable levels.

However, our City is now promising that this time they really will use ALL of the new taxes only for transportation infrastructure needs. Additionally, they promise that now these new taxes,

“…shall not be used to supplant existing funding for street and bike path maintenance improvements. The baseline maintenance of effort budget for this purpose shall be $3,000,000…”

But this promise is hollow. $3,000,000 is actually the annual amount the City is now budgeting only for road repavement alone. But this new tax measure also proposes to fund a wide variety of additional transportation infrastructure repairs including,

One might fairly ask if the City has any other spending plans for this $4,550,000 if they do not spend it on transportation infrastructure repairs. Well, on December 19, 2017 Davis Mayor Robb Davis stated,

Davis voters have seen years of repeated broken promises by our City about how they will spend our taxes. And now they are using deceptive language in this ballot measure to do it again. Enough is enough!

Please vote “No” on Measure I.

John Munn, Former President of the Board of Education of the Davis Joint Unified School District

Share:
Tags:Budgetparcel taxParks TaxRevenue MeasureRoads Tax
Previous : Beaten, Tased, and Arrested for Jaywalking While Black
Next : A Perspective on the Issue of Aggressive Homeless Population

2 thoughts on “Arguments for and against the Tax Measures”