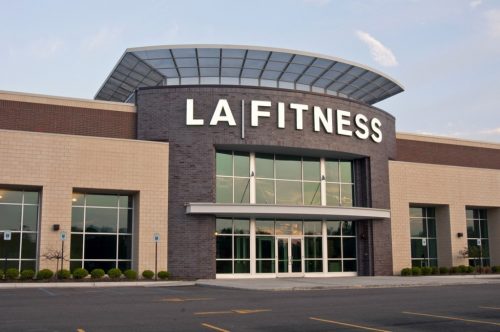 It was highly controversial.  Even after the city last week announced that the item on the proposed Cannery Marketplace revisions had been postponed, a number of community members spoke during public comment to oppose the proposal for an LA Fitness in the Cannery project.

Yesterday in an email from City Planner Eric Lee, it was announced that the applicant “has revised their proposal to withdraw their request for the changes to their existing approvals on the East Side of the project site. The proposed revisions on the West Side of the project site, which includes the 54 additional apartment units, is still being requested and will be presented to the City Council for their consideration.”

Mr. Lee writes, “The proposed change on the East Side, which has been withdrawn, requested an increase in the approved 25,000 square foot tenant building to 34,000 square feet for a fitness center. It remains at 25,000 square feet as approved in 2016. Any future proposals requiring Planning Commission or City Council approval will be processed as required.”

West Side of the project site, which includes the 54 additional apartment units.”

The proposal drew opposition from many existing fitness centers.

Tammy Timbrook, the owner and operator of Davis Swim & Fitness, told the council in speaking on behalf of other fitness centers that Davis Swim & Fitness bought out the location where 24 Hour Fitness was located in part because 24 Hour Fitness could no longer afford the rent.  “Davis as a community believes in the Davis clubs and members seem to not care about that big shiny new facility,” she said.

She said that once LA Fitness came to Davis, “the shininess would wear off, (but) the clubs that they had taken over would be gone and you’re looking at a club that’s not taking care of their members.  LA Fitness is notorious for letting their membership, their clubs go, and not bringing in new equipment.”  She sees a lot of downsides to bringing in a corporate club.

“There will just be an LA Fitness and a few clubs that are able to survive,” she added.  “And they will struggle.”

An editorial in the Enterprise called it “bait and switch at the Cannery.”

They wrote, “The new gym would be 36-percent larger than any other in town, much bigger than anything Cannery residents could keep solvent on their own. What was meant to be a neighborhood retail space, to serve the needs of locals and keep the neighborhood walkable, instead will attract gym members from all over Davis.”

The editorial continued: “Davis has a clear vision for its commercial space: to concentrate it downtown and along freeways, supplemented by smaller-scale neighborhood shopping centers. A large-scale fitness gym in the middle of a residential area would shatter that pattern, and pull customers away from downtown, which is facing its own challenges as it is.”

Rob Hofmann from the planning commission put it: “That will absolutely … be putting the death nail in the concept of neighborhood commercial. (It) will change the entire community.”

This isn’t the first proposal from the Cannery that has been withdrawn after drawing community opposition.  While the developers did get their CFD (Community Facilities District) pushed through the process on a second 3-2 vote, following a 3-2 initial approval in fall of 2013, in April 2016 the Cannery pulled back at the last second from a number of proposed changes to increase the number of stacked flats, while reducing the number of small builder units.

Bonnie Chiu, representing the New Homes Company at the time, announced that they had withdrawn their proposal, noting they “decided to put our proposal regarding the Stacked Flats Condominiums on hold at this time to allow additional outreach time.”

A lesser known part of the proposal, however, remains in place – the applicant has proposed 54 additional residential units, for a total of 90 one- and two-bedroom apartment units on the West side.  Units would consist of 12 units located above a retail building and 78 units located in two apartment buildings.

Council is now set to consider that modification on March 20, but the proposal for a new fitness center has been withdrawn.

Share:
Tags:CanneryDavis EnterpriseLA FitnessPlanning COmmissionRental Housing
Previous : Bike Share in Davis Is Not for Everyone
Next : My View: Teacher Lack of Support for Parcel Tax Perplexing