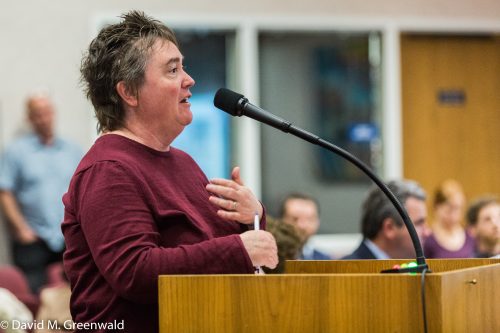 Two weeks ago, the Davis College Democrats hosted a candidates’ forum for the Democratic candidates for City Council. For the most part, this forum was a success. Candidates explained their positions on a variety of important topics and provided our members and guests with a better idea of who they might support. Yet, these forums are only useful if the candidates themselves are honest in their responses.

When we asked the candidates to explain their stances on Measure R, Linda Deos’ position was crystal clear: “Measure R…has created a town of haves and have-nots”, Linda said, adding that while it would be difficult to take a vote away from people, “I am definitely for repealing.”

Just the next week, Linda Deos published an article on Davisite expressing her stance on Measure R. Here, too, Linda Deos’ position was crystal clear: “Let me begin by stating in as clear as [sic] terms as possible that I support Measure R.”

This article, frankly, was a shock. With only a week’s difference, Linda Deos has publicly expressed precisely opposite positions on one of the most salient issues in this community.

Regardless of your position on Measure R, the dishonesty displayed here should worry and offend you. In a political world torn by fake news, alternative facts, and straight-up lies, it is essential that we hold those who would represent us to the highest levels of accountability. In the very least, we should expect them to tell us the truth.