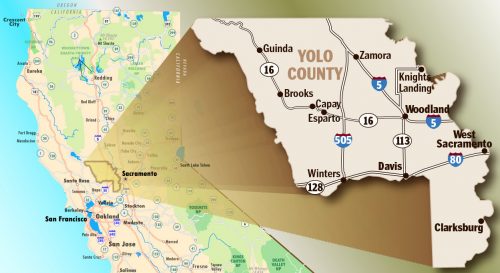 It has been a tumultuous week in the Yolo County supervisor’s race.  Two days before the deadline, three-term Supervisor Matt Rexroad announced he was not going to seek reelection.  However, Mr. Rexroad did not want to concede the race to Meg Stallard, who had emerged as a challenger, and vowed to find a candidate to replace him.

On Friday, Gary Sandy, a former Woodland mayor and a longtime administrator at UC Davis, announced his run for supervisor.  Mr. Sandy, in an email exchange with the Vanguard, acknowledged his run, but declined further comment at this time.

Matt Rexroad has already announced his support for Mr. Sandy, who has served as project manager in the UC Davis chancellor’s office since 2014 and, prior to that, spent 10 years as UCD’s director of local government relations.

Mr. Sandy served on the Woodland City Council from 1989 to 1996 and was elected to the Yuba Community College District board of trustees in 2010, where he currently serves.

On Wednesday, Matt Rexroad posted a surprising announcement on his Facebook page: “I’m done. This morning Jenn and I decided I will not be running for re-election to the Board of Supervisors.

“Thank you for giving me 16 years to serve my community on the Woodland City Council and Board of Supervisors,” he wrote.  “Now I need to find a good person to replace me. That person is not the

spouse of a current City Councilman. That is an unacceptable conflict of interest.”

He fired shots at his would-be opponent on his way out the door.

He said, “Meg Stallard is the worst possible choice to take my place on the board.  I can’t think of a single issue at the county level she has engaged in over the past 12 years (oh — except for Gibson House).  Additionally and most importantly, it is a huge conflict to have a married couple serve on both the City Council and Board of Supervisors.  We can do far better.”

Following the visit by U.S. Attorney General Jeff Sessions in Sacramento where he announced a lawsuit against the state, aimed at California’s efforts to protect undocumented immigrants from federal actions, Sheriff Ed Prieto filed the following statement:

“In light of the climate of fear being created by the federal government, it is important to address some of the questions that have been posed to me recently.

“The Yolo County Sheriff’s Office has not changed a single policy or practice as a response to the new administration, nor have we been directed to do so. The primary focus of this agency is public safety, and it is imperative that we maintain the trust of the public as we work toward keeping the residents of this county safe.

“It is counterproductive to have groups of people fearful of our deputies simply because of their immigration status.  We view immigrant communities as people we are sworn to serve and protect, and our patrol deputies do not participate in immigration enforcement.”