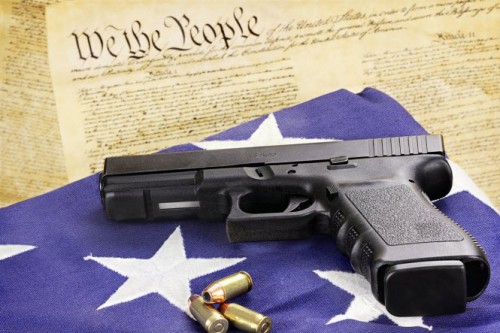 One of the proudest moments of the disability rights movement came on Sept. 17, 1987. After over a decade of scandals, exposés, and advocacy, the state of New York finally closed down Willowbrook State School. As the last of the people with disabilities who suffered under Willowbrook’s horrific conditions left for life in the community, many saw an opportunity to plan for a brighter future.

On Monday, Donald Trump proposed turning back the clock. “We’re going to have to start talking about mental institutions, because a lot of folks in this room closed their mental institutions also,” Trump said in remarks to a group of the nation’s governors. “You know, in the old days we had mental

institutions. We had a lot of them. And you could nab somebody like this, because they … knew something was off.”

Trump’s remarks are part of a pattern. Across the country, elected officials have responded to gun violence by calling for restricting the rights of people with mental illness and returning to outdated practices of segregating them and other people with disabilities. Shortly after the shooting in Parkland, Florida, the Broward County sheriff called for expanding the state’s involuntary commitment law, the Baker Act, to make it easier to involuntarily commit a person based on their social media postings.

Current law allows for involuntary commitment where authorities can show that an individual is a danger to themselves or others. This standard is the result of generations of advocacy to address the over-use of institutionalization and the abusive way involuntary commitment statutes have been employed in the past. Even today, many states are too quick to resort to involuntary commitment. Florida has a track record of overusing the Baker Act, particularly on children with developmental disabilities. In Miami-Dade County, the Baker Act is used more than three times every school day. This and similar practices subject students with disabilities to coercion and segregation without offering any meaningful benefit to them or public safety.

Mass shootings demand a meaningful policy response. But a closer look at the data shows that segregating people with mental illness and bringing back outdated and dangerous long-term institutionalization is not the way. Indeed, a comprehensive analysis from the Bazelon Center for Mental Health Law found no meaningful correlation between the availability of psychiatric hospital beds and homicides involving firearms. Mental illness has very little predictive value for determining an individual’s likelihood of committing a violent crime.

But for the president, it’s easier to offer knee-jerk, uninformed opinions rather than to do the hard work of formulating fact-driven policies that refrain from scapegoating entire communities.

Ari Ne’eman is an advisor for the ACLU