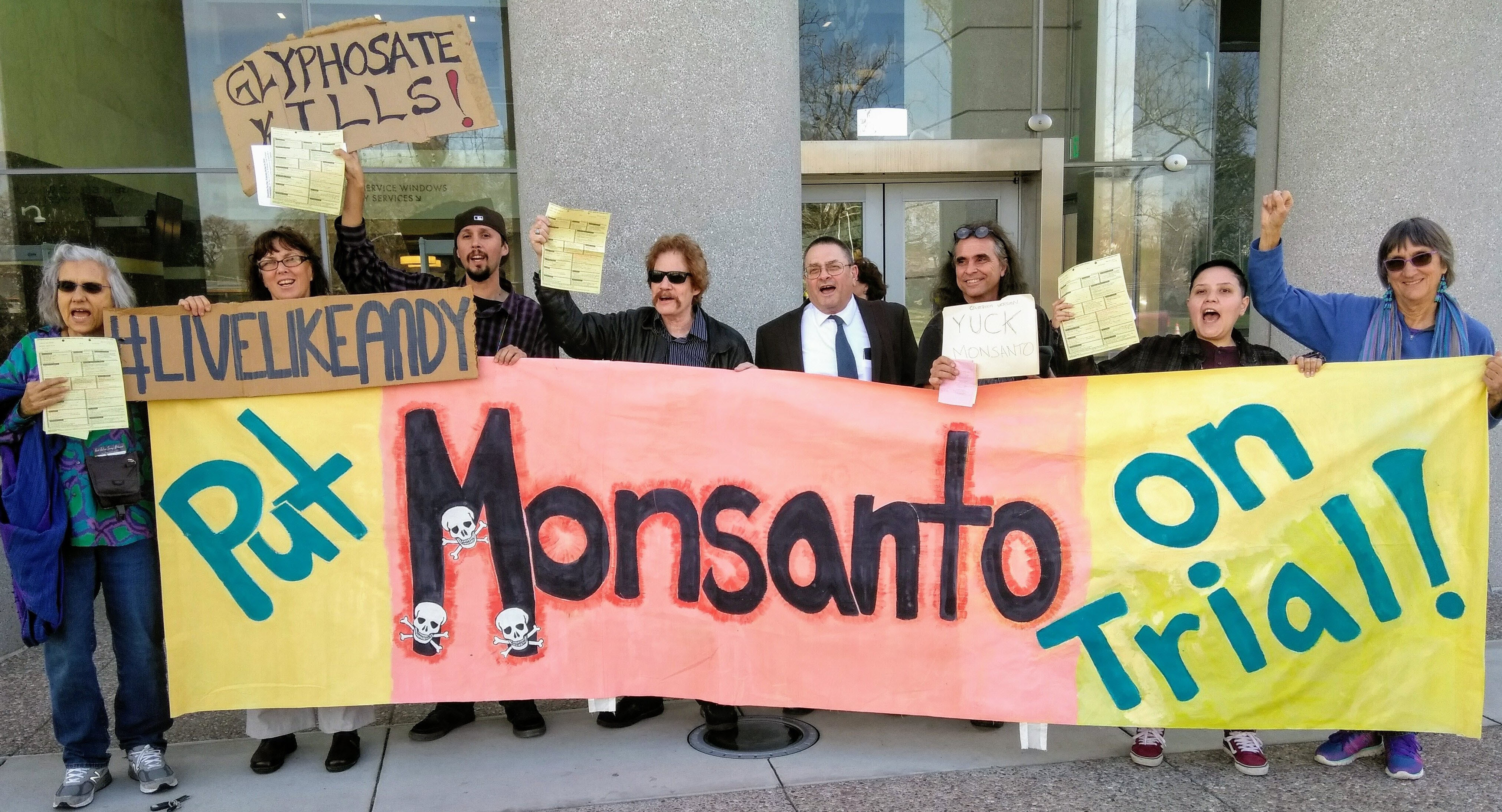 WOODLAND – In a surprising turn of events, protestors were found not guilty in Yolo County Superior Court Thursday of breaking the law in front of the bio-seed giant’s Woodland facility – they won acquittal despite District Attorney Jeff Reisig’s office doing everything it could to frustrate the anti-Monsanto demonstrators for nearly a year.

Yolo County Superior Court Judge Paul Richardson, in a lengthy recitation from the bench, found the “Monsanto 10” not guilty. There are nine defendants now – another defendant died unexpectedly in February. 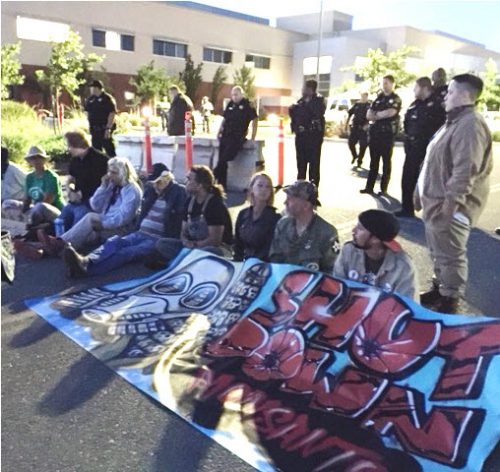 “The burden is on the government (Reisig’s office filed charges after the arrest May 22, 2017), and the government has not sustained its burden. There have been deficiencies,” said Richardson, noting that there was no evidence that the protestors were on public property, a key element to the charge of “loitering.”

The judge was right. The government did fail. Both Sheriff’s Dept. witnesses, an officer and Sgt., were forced to admit under withering questioning that there was no law enforcement video, audio or photographs taken. And both could not  identify most of the defendants from memory. They also failed to justify the arrests in the first place.

“Of course we’re happy the judge ruled in our favor although we are disappointed we were not able to present our extensive evidence as to why we were there – to expose Monsanto as a corporate criminal doing great harm to all of us, especially children and our planet,” said Robert Saunders, one of the defendants.

It was Saunders who was a particular thorn in the side of the DA, Sheriff’s Dept, the County of Yolo and Monsanto.

After Reisig’s office reduced charges from misdemeanors to infractions, it robbed defendants of their right to court-appointed counsel and, more importantly, a jury trial where the protestors wanted to “put Monsanto on trial.”

But Saunders, who is not an attorney, took the DA to task. Saunders subpoenaed deputies and Monsanto executives. He also filed several briefs with the court, including a claim that the government failed to produce any evidence other than a hazy eight-second video and a police report. In his motion to compel discovery, Saunders argued that the failure to get full discovery was “gamesmanship” by the DA, which “divorced” himself from the case after filing the charges.

“The DA is moving the goal posts…we should be able to examine information if it can find us not guilty,” said Saunders. He said the defense received a letter from the County and Sheriff’s Dept. referring discovery requests to the DA, and a DA’s letter stating it didn’t handle discovery for the case.

In the end, it was that failure to produce evidence that may have sealed the “not guilty” verdict. Defense attorney Dudek made what is known as a PC 1118 motion at the end of the first day in court – the motion asks the court, even before the defense presents its case, to toss out the charges based on the government’s failure to prove its case.

And that is what Judge Richardson did, noting that it was impossible, based on the testimony and lack of evidence, to determine exactly where the protestors were when arrested, and therefore it could not be proven they were guilty of blocking a “public” road, alley or crosswalk.

Sheriff Deputy Sgt. Sam Machado and Lt. Lance Faille, under cross examination, could not say for sure if those arrested were on public property. A lawyer from Monsanto also said he didn’t know if there was a public right of way when queried by the judge.

“The court has it in its power to dismiss this case in the interest of justice. (Defendants) spent a day in jail, and have appeared for every court date (at least four), and the government, the DA, never showed up. The government has a duty to prove it’s a public driveway….but there is no evidence,” Dudek said on Day 1 of the trial last week.

Dudek earlier filed a court brief claiming the loitering charge was unconstitutional as applied to free speech activities and should be immediately dismissed. Dudek argued the Yolo County loitering ordinance is a “violation of the due process clause of the Fourteenth Amendment of the U.S. Constitution (and )unduly restricting his First Amendment rights.”

The winning defendants said they have more work to do.

“As advocates who are determined to tell the real story about Monsanto, this court trial has made us more unified than ever,” said Roberts-Emery, who said that “we were at the gates of Monsanto’s Woodland facility to speak truth to the dangers of Round Up and GMO technology. We all have friends who have autistic children and grandchildren – we were at the gates of Monsanto for those children.”

Pamela Osgood, outside the courtroom, noted that the “incompetence of the government shone brightly…we won’t stop our work to provide more information to the public about Monsanto.”

Shirley Osgood echoed that, adding, “It’s good to be found not guilty…we plan to do more to educate the public on the evils of Monsanto.”

Activists cite the World Health Organization’s determination of Monsanto’s Roundup to be a “probable carcinogen” and Glyphosate has been found in groundwater 60-100 percent of rainwater around the world, said activists, who said it portends global mass pollution.

Activists said GMOs are banned or partially banned in France Switzerland, Ireland, Russia, Japan, New Zealand, Costa Rico, Austria, Germany, Greece, Peru and Hungary, among others nations. Labeling products with GMOs is a controversial issue and not mandated in the U.S., but about 60 countries have labeling.  Many polls show an overwhelming number of Americans would accept GMO labeling, they said.

“Glyphosate is the most widely used pesticide in California and in the United States.  More than 280 million pounds were used in U.S. agriculture, primarily due to the widespread adoption of genetically engineered crops.  In 2013, 10 million pounds was used in California alone, with half of that usage being sprayed in eight of the state’s poorest counties on farm fields, lawns, gardens, school grounds, and parks, with five of those poorest counties being in the south Central Valley,” according to literature to have been presented at the defendants’ trial.

But that evidence never saw the light of day after the judge’s dismissal Thursday.