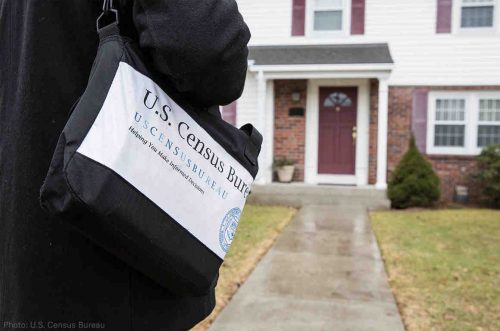 On Monday night, Secretary of Commerce Wilbur Ross announced that he will ask about the citizenship of every person in the U.S. in the 2020 census. He is doing this at the request of the Justice Department, against the advice of the Census Bureau’s career professionals, civil rights groups, and communities across the country. He has admitted that adding this question was “controversial.”

The Constitution requires that the federal government conduct a census every 10 years. The Fourteenth Amendment mandates that the decennial census count the “whole number of persons in each State.” Yet adding the citizenship question threatens exactly this goal by intimidating citizens and non-citizens alike from participating in a process which directly affects their lives. This decision is just the latest in the Trump administration’s attacks on immigrant communities and other vulnerable populations. It puts politics over democratic principles and the consequences will be enormous.

Research from the Census Bureau just last year identified how the current political environment may intimidate individuals in already hard-to-count communities from responding to the decennial census. In fact, the research was prompted by a “recent increase in respondents spontaneously expressing concerns to researchers and field staff about confidentiality and data access relating to immigration.” Participants in focus groups specifically talked about Trump’s anti-immigrant policies like the Muslim ban and his ramp up of deportations as reasons they

would fear participating in the census. Driving down response rates in certain racial and ethnic groups not only threatens the integrity of census data, it harms those very communities.

The federal government depends on decennial census data to decide how many Congressional representatives each state receives and states rely on this data to draw the districts for their own legislatures. Adding a citizenship question and depressing response rates in already underrepresented communities will allow politicians to draw even more skewed legislative districts. It will also harm federal and state government efforts to accurately distribute funds to communities based on population in everything from Medicaid to school-lunch programs to veterans’ assistance. As Ross is well aware, the census has already struggled to accurately count the numbers of many non-white groups. Inserting this question threatens the progress made over the previous two censuses.

The political decision to add a citizenship question becomes even plainer when looking at the context for the Justice Department’s request. The Department of Commerce was required to submit to Congress the topics of its proposed questions last March in order to ensure the chance to provide input and test the wording of questions. Yet citizenship was not among the topics submitted to Congress and was rushed into consideration because of a late request from John Gore, the acting assistant attorney general in the civil rights division and a Trump political appointee.

Five former directors of the census, serving in both Republican and Democratic administrations, have opposed this decision. The Justice Department argued that citizenship data is critical to the enforcement of the Voting Rights Act, yet the decennial census has not included a citizenship question since 1950 (which the exception of New York and Puerto Rico in 1960). In fact, the Justice Department already has citizenship data available to it, which is collected through smaller population surveys that can be adjusted statistically to account for people who don’t respond. The critical difference is that the decennial census is an actual hard count of the population, and if someone doesn’t respond because they are intimidated, they simply go uncounted.

Democracy requires that the census count people in all communities, not just those whom the administration favors.

Davin Rosborough is a staff attorney with the ACLU Voting Rights Project.

13 thoughts on “Poisoning the Census with Bias”