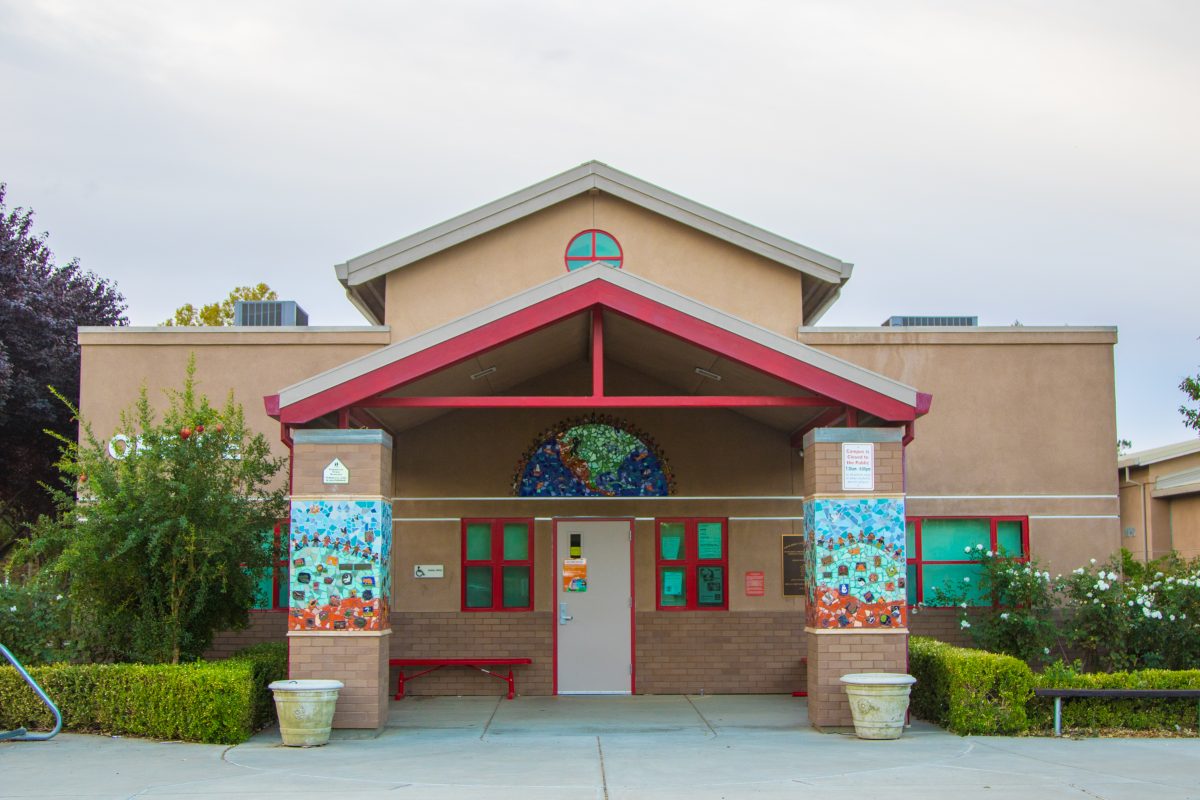 The DJUSD School Board on Thursday heard a presentation that highlighted the disproportionality in the English-only program at Montgomery – as opposed to the dual immersion program which has been successful.  District administration will come back in two weeks with some recommendations after meeting with parents and stakeholders to figure out the best course of action.

“This needs to be stated that this is a Davis problem,” Board Member Madhavi Sunder said.  “This is about race, this is about opting out of a school, and this is about segregation.”

She added, “There is a solution, we’ve known it for decades – it’s desegregation.”

The question for the board is how to address this issue and quickly.

The numbers as presented by Principal Jennifer McNeil are alarming.  “As a site, we continue to be concerned about this disproportionality and are actively taking steps to intervene.” 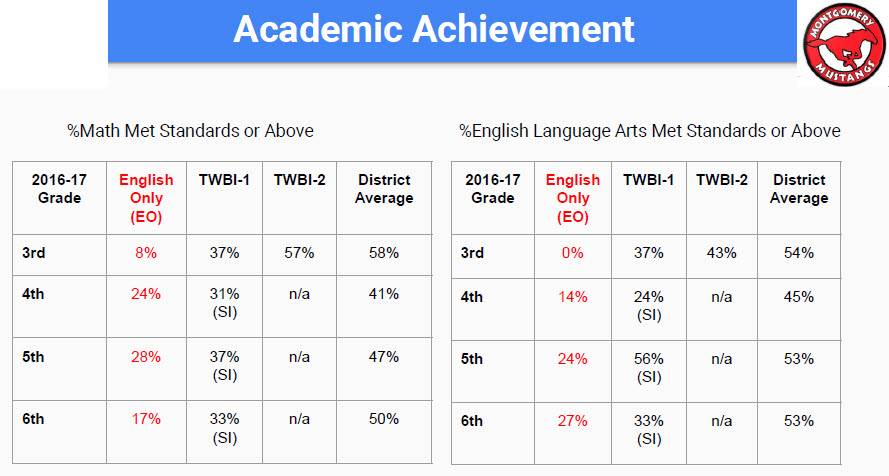 She told the board, “By program, our students in English-only are not achieving to the same degree as other students in the school or in the district.”

Ms. McNeil said, “Of course there are many confounding variables when it comes to understanding root causes for disproportionality within achievement.”

Among the ones she cited, 55 percent of the schoolwide population is sociologically disadvantaged, compared to 24 percent districtwide.  But within the English-only program in some grades that number is higher – far higher.  Between 2nd grade and 5th grade, the percentage ranges from a low of 71 percent SES (supplemental educational services) disadvantaged to 80 percent of 4th graders and 77 percent of 5th graders.

With 15 percent of the schoolwide population being identified as special education, in most grades the number is upwards of 22 percent, with a high of 32 percent in 2nd Grade and 31 percent in 6th Grade.  With that comes IEPs (individualized education programs) and the pullout of the teacher from mainstream instruction for a matter of days cumulatively, Ms. McNeil explained.

The education level in the English-only program of parents is far lower – parental education level is the highest correlate with the achievement gap.  Districtwide, this is a well-educated district, with 19 percent of parents receiving a college degree and 51 percent receiving a post graduate degree.  Only 5 percent of district parents have only achieved a high school degree.

But those numbers are far different at Montgomery.  In the English-only program a full 30 percent of parents only achieved a high school degree with another 9 percent not being high school

The teacher turnover rate is 32 percent statewide, but upwards of 60 percent in the English-only program at Montgomery.  As Ms. McNeil explained, “They love these kids very much, but something has to change.”

She also said, “This environment is creating secondary trauma.”

The administrator explained, “We must consider community, staff and parents” in figuring out how to move forward.  “This community has a strong and important voice at Montgomery,” he said.  “This is not a new conversation at Montgomery.”

He said, “We have declining (program) demand for the English-only strand and an increasing strand for TWBI (Two-way Bilingual Immersion).

“We need to keep in mind what is best for students.  We clearly have challenges, we want to make sure the solutions, the scenarios that we come up with, don’t exacerbate any challenges these students currently face,” he added.

Emily Henderson added that, while this has been a problem for years, “it seems like the transition from identifying problems to identifying solutions is happening really quickly.”  She said, “I’m concerned that if we don’t engage in a really open process and conversation, we might jump quickly to solutions that don’t center on the needs of the most vulnerable students.”

She pointed out that the district was slow and careful in addressing issues like GATE, so “I urge you to give Montgomery’s program the time and care that it merits.”

He added, “Really think we have to take action on this…  We must absolutely hear from our teachers, our parents, our students, our community.”

Madhavi Sunder said, “Our solution forward ought to be focused on the kids and their needs.  Are we doing everything we can be doing and should be doing to meet the needs of every single one of these kids?”

She said, “The data we’ve been seeing for a number of years… shows that we are failing these kids in this classroom.” She added, “When we see that there are classrooms in the English-only strand that have 0 percent meeting standards in English language and 8 percent meeting standards in math, that these percentages are so far different… from the rest of our district.”

She noted the “incredible disparities” where, in some classrooms, 80 percent of the kids are of the low-SES background.

“I fully agree that the goal here is not to make Montgomery look like every other school in Davis,” she said.  “Montgomery has pioneered an incredibly innovative and successful two-way bilingual immersion program.  It caters to the needs of that local population in such a wonderful way.”

She said, “That program seems to model the really diverse community that also meets the academic needs of all the kids in it.  I don’t think we can say that about the English-only program.

“All the needs are being shouldered heroically by the teachers,” she added.

She said, “I’m really concerned about timing,” adding, “I don’t think we have the time for a multi-year task force to look at this.”

Board Member Barbara Archer called the situation “a lot to take in.”  But she said, “I’m very confident in the community’s ability to do the work necessary to talk about what recommendations are best for the community, for the kids.”  She felt it would be “silly” for the board to sit up there, not being members of the community, to start suggesting solutions.

“I would be really cautious of solutions that traumatize students in another way by displacing them or made it less convenient for them to go to school,” she said. “The focus needs to be what’s best for those kids.”

Board Member Bob Poppenga simply stated, “It was a real eye opener when I saw those statistics.”

At this point there will be community and stakeholder meetings with a proposed scenario coming back to the board in two weeks based on input from the community.

22 thoughts on “School Board Sees Disproportionality in Montgomery Program”