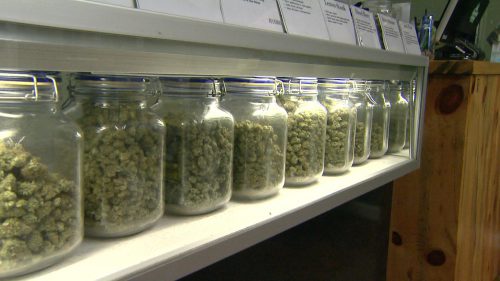 My view: This is probably more about the type of business, but the arguments against the businesses are indeed weird given the need for a revitalized Davis Downtown and the prospect for more customers being drawn in as the result of the dispensaries.

This past week the Davis Planning Commission gave feedback on 13 individual applications for consideration to receive a Conditional Use Permit (CUP) that would allow retail cannabis dispensary use at various locations proposed throughout the City.

Due to the number of applications received, the CUP applications are being brought forward to the Planning Commission collectively over two meetings.  A second meeting is planned for March 28 for additional commission discussion and deliberations.

The community overwhelming voted to approve Proposition 64 and the Davis City Council has moved quickly but deliberately toward allowing commercial dispensaries.  But as always, the devil is in the detail.  And here I noticed in the write up on the meeting in the local paper some curious arguments against individual dispensary locations.

A key point is that the applicants estimate the new businesses will generate between 150 and 200 daily customer visits for each dispensary.  Naturally, while there is a belief that many patrons will arrive by bike or foot, there is a concern about sufficient parking to accommodate that level of business.

One person, who runs a marriage and family therapy business across the street from the proposed F Street Dispensary at 416 F St, is concerned about parking issues, claiming that, as it is now,

parking and traffic are “out of control.”  She told the commission, “It almost makes me want to move my practice to another city.”

In her view, allowing a dispensary to move into a commercial zone in the downtown, “it’s just completely to a point where the city’s going to shut down.”

Another person who operates a salon next door to the proposed Manna Roots dispensary at 117 D Street “questioned the impact on the downtown area of cannabis dispensaries.”

In her view, the impact “could negatively impact efforts underway to revitalize the downtown core area.”

Let’s think about this for a moment because it really struck me.  We want a thriving downtown, with businesses that draw people in.  We want people to come and spend their money in the downtown.  And yet, business owners are expressing a concern that a business that draws in too many people to the downtown is bad.

“We’re looking at these businesses having 200 people visiting per day,” one person said.

But I might think that, if I sold food or offered retail, it might be attractive to have new businesses.

As one of the applicants, Mary Kay Hoal, pointed out, there are considerations including “the health, safety and welfare of the community in the area; the background and history of the applicant; whether a proposed site and use is compatible with surrounding properties and uses; and whether the use would enhance the economic vitality of the area.”

But I would think more people equals more economic vitality.

Ms. Hoal cited statistics in her presentation that “dispensaries bring 10 times more customers than specialty retail stores to a given location.”  She noted that neighbors she’s talked to “are excited about the addition of a dispensary nearby and what it means for their businesses.”

The question I have is whether businesses are really complaining about the prospect of a new business coming in that will draw a large number of people into the downtown, or whether it is certain businesses.

Is this just Davis being unfriendly to new business prospects?  It seems like every time new things are proposed, the concern is with traffic impacts and parking, and the positive impact of the influx of more business is downplayed.

Of course, not everyone agrees with this scenario.  The article mentions one dispensary is being proposed for the downtown in “a building behind Delta of Venus, a cafe at the corner of First and B streets owned by Lee Walthall.”

Mr. Walthall indicated that his expectation is that traffic and parking are going to be less of a problem than people fear.  He expects most customers to arrive on bike or foot – while I have not looked at data on this, I’d be curious as to why that is the expectation.  Moreover, about half the business would be via delivery, which would limit at least some of the impact on the area.

Another location is the 325 G Street location for which the property is owned by the Davis Enterprise.  The advantage of that location is it has considerable onsite parking as well as being close to the large and largely underutilized G Street parking garage.

Still at the end of the day, we have to wonder – are people really complaining that a potentially thriving business is coming into the downtown?  If we got a very popular restaurant, entertainment establishment or retail establishment, would the complaint be that it would draw in too many people and contribute to traffic and parking problems, or would we be thankful for additional business coming into the core area?

Is this really about parking and traffic or is it about the nature of the business itself?  And if so, why did so many people vote for Prop. 64 in Davis, if they didn’t actually want dispensaries?

We don’t have answers to any of that, but it seems reasonable to ask them.

45 thoughts on “Sunday Commentary: Will Dispensaries in the Downtown Lead to Revitalized Business or More Parking Impacts?”