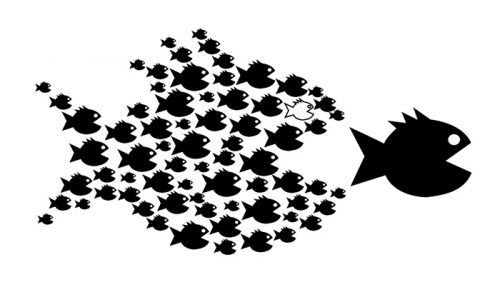 One of the arguments I hear for the $100 campaign finance limit (now increased to $150 for individuals) is that, as Bob Dunning, who became just the latest adherent to the notion articulated, “with a $150 donation limit, it’s pretty hard for a donor to ‘buy’ a politician in this town.”

The problem with the argument is that it ignores very recent history to the contrary.  It also ignores the impact of collective contributions.  To put it simply, he may or may not be correct that $100 or $150 will not “buy” a politician, but it ignores the potential cumulative impact of a bunch of donors on public policy, to say nothing of the impact of a bunch of donors bundling their contribution together to maximize its impact.

While the focus here is whether or not one should take developer money, the biggest recent impact has come not at the hands of developers, whose actions are heavily constrained by Measure R and other growth control and environmental as well as affordable housing policies in the city, but rather at the hands of a public employee group which was able to – through the use of both direct contributions and independent expenditures – control the mechanisms of city hall itself for the better part of the decade.

Indeed, I will argue that by artificially limiting contributions to $100 up until this election, we actually facilitated this type of abuse – and conditioned the possibility that a group of 40 firefighters could collectively come together to create disproportionate influence on the city.

What happened, as the Vanguard documents, is that from 2002 to 2008, the firefighters’ union bundled their donations.  Which means, instead of the union collectively giving each candidate that they chose a $100 donation, just as you and I might, they had each of their members throw $100 checks into the kitty.  They would then deliver not one $100-contribution, but rather 30 to 40 of them,

which meant they were in effect as a block donating $3500 to $4000 – a substantial percentage of the campaign contributions.

And, on top of it, they also implemented an Independent Expenditure Campaign, where the firefighters would not only print the literature, but deliver it to the voters, again utilizing their organization and numbers.

Therefore, in the 2008 campaign in which concerns about pensions and financing started to dominate the electorate, the firefighters maintained a majority on council by donating to their three preferred candidates $12,100 in total.  They also added an $8245 independent expenditure, which mean that they contributed about $20,000 to make sure their preferred candidates won.

And it worked.  They won two of the three seats up for election that year and maintained a narrow control over city council – which, as we will discuss shortly, was critical on some key issues.

Moreover, from 2002 to 2008, seven of their nine endorsed candidates won.  During that time, only Sue Greenwald in 2008 and Lamar Heystek in 2006 won election without the support of the firefighters’ union.

The biggest period of time was the 2005 MOU.  In 2004, the firefighters delivered a whopping $11,000 in contributions to three candidates: Stephen Souza, Don Saylor and Sue Greenwald.  They all won.  And, coupled with Ruth Asmundson and Ted Puntillo, the entire council from 2004 to 2006 was comprised of people supported by the firefighters.

The next year, the council – just a year after voters supported a half-cent sales tax – used that money to deliver the biggest pay increases in city history.  Truth be told, everyone in the city received at least a 15 percent increase over a three- to four-year-period.  But the firefighters cleaned up.  From 2005 to 2009 they received a 36 percent pay increase.  The police, on the other hand, received less than 20 percent.

The firefighters had contributed over $10,000 in bundled contributions and the police gave virtually nothing.

The other key vote we point to occurred in December 2010.  By this point, the council was split, with Sue Greenwald in 2008 opposed by the firefighters as she advocated for fiscal reform, and Lamar Heystek as well.

In June 2008, just after the election which delivered strong victories for Don Saylor and Stephen Souza backed by the firefighters, the Grand Jury came out with a report that firefighters were drinking and sleeping it off in the fire station, but more critically outlining a hostile work environment and retaliation against union dissent.

The city then hired Police Ombudsman Bob Aaronson to look further into allegations and the report was completed by December 2008.

Firefighters-backed council members Don Saylor, Stephen Souza and Ruth Asmundson voted not to read the full report, but rather allow the city manager at the time, Bill Emlen, to summarize it for the council and public.

On the night of December 9, 2008, both councilmembers Sue Greenwald and Lamar Heystek were adamant about seeing the full version.

“I’d like to get a council consensus that we have access to all the information. The way our form of government works is that we’re responsible when we’re elected,” Councilmember Greenwald said.  “Ultimately, the buck stops with us. We’re responsible through you, but we can’t evaluate how well you’re doing your job with personnel if we don’t have access to all the information.”

Councilmember Heystek requested of City Attorney Harriet Steiner that she explain any legal grounds for withholding of information from the council in writing.

“I do agree with Councilmember Greenwald, it is important for us to see the work product of the Ombudsman, this is the first major test of our Ombudsman and we’ve paid over $35,000 I believe for this work product, and I believe I deserve to see, as a councilmember, the contents,” he said.

He added, “But if there is some legal grounds by which we cannot view this information or not be privy to the report that was prepared at our behest, I would like to see a justification of that in writing. I really believe that as a councilmember I need to know why it is that information is being withheld from me, and in writing.”

Mayor Pro Tem Saylor said, “We actually employ those two [pointing at Harriet Steiner and Bill Emlen]. Those are the two we employ.

“In terms of policy issues, in terms of behavioral issues that are addressed in a grand jury report, we should hear from the city manager and hear his report. How he has gathered information to arrive at the conclusions and findings that he is going to be presenting to us is his responsibility,” he continued.

He added, “Just so that’s clear, I’m interested in hearing from the city manager what his conclusions are based on whatever he has done to arrive at them. I don’t need to know what exactly was stated by any person, at every point in time.”

Councilmember Stephen Souza would add, “I don’t need all 50 pages, I just don’t.

“I don’t need to have the ‘he said, she said’ full story. I don’t. I am not in charge of personnel, except for as Councilman Saylor said, we are in charge of two personnel, that’s who we’re in charge of, we hire and fire them,” he added. “That is our main task from a personnel standpoint. When it comes to this matter, I want to know from our ombudsman, through our city manager, how he arrived at his conclusions, and give me the pertinent information so I can come to my conclusions about it.”

While a vote was never formally taken, Don Saylor, Stephen Souza and Ruth Asmundson all weighed in against the council reading the report, and the council would not read it until the Vanguard’s multiple requests and lawsuits finally cleared the way for it five years later in 2013.

The idea that money cannot buy politicians in Davis has been historically unfounded.  I agree that an individual $100 or $150 donation is unlikely to provide much influence for a politician, but the limitations themselves make it actually and ironically easier to organize and bundle influence than if people could give as they can in other races, upwards of $1000 or even $5000.

Share:
Tags:Aaronson ReportBob DunningCampaign Finance LimitationsDavis Professional Firefighters Association
Previous : Sunday Commentary: Will Dispensaries in the Downtown Lead to Revitalized Business or More Parking Impacts?
Next : Threat to Harper Turns Out to Be a Hoax

63 thoughts on “Sunday Commentary: Yes Politicians Can Be Bought in Davis”